Science building Cordley Hall to be “renovated to modern quality” 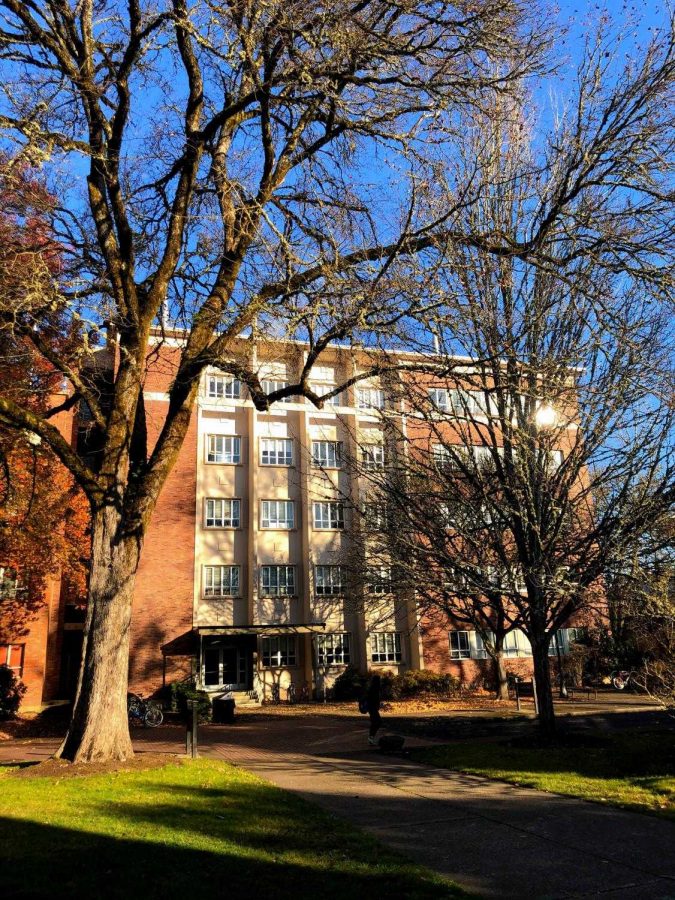 The renovation at Cordley Hall will be accomplished through three funding phases, taking place between 2017 and 2024.

Cordley Hall, a building on the south-side of campus, has been given over $158 million to make a multitude of renovations ranging from replacing all windows in the building to inserting an air conditioning system.

Cordley is home to three different science departments: botany, plant pathology, and integrative biology, all of which will have significant changes to their classrooms and laboratory facilities. The project will add one more anatomy lab to the building, and provide space for three research labs from Wiegand Hall into Cordley, while also rebuilding the setup of the main lecture hall in the building.

“Basically every student space in this building is going to be renovated to modern quality,” said Dustin Sievers, the project manager for the Cordley Hall renovation. “The lecture hall is awful. It’s a 225 seat lecture hall that’s pretty poor to teach in. It’s not good for student engagement and ADA, it doesn’t work.”

ADA, or the Americans with Disabilities Act, are the rules that require federally funded universities to have services for those with disabilities, including accessibility access into buildings and in classrooms. There is currently only one entrance into the building with wheelchair accessibility on the northeast side of the building.

Among the research facilities, inserting the HVAC, a cooling system, will be the most expensive to install, according to John Gremmels, the capital planner for

“OSU was built largely not for summer, yet over the past 40 years we’ve become a four-season university with a lot of buildings not having AC, and that’s really hard for research,” Gremmels said. “When there’s such wide temperature swings, you have to note that in your data. So research buildings have to have air conditioning.”

The entire project will take around four years to complete, and will start on the west side of the building before moving on to the east side of the building. While construction is happening on each side, faculty and staff will be relocated onto the Research Way Laboratory which was purchased two years ago in preparation for the project.

“We had looked at a solution where we would only fix the systems in the building, but we would end up with a 1950s building just with working systems, and that’s not what the researchers, OSU, or OSU students want,” Gremmels said.

Now, almost 70 years later, students are learning through the conditions that used to be standard when Cordley was first built.

“The [lecture hall] is not made to carry the sound all the way to the back row so I usually sit directly in the middle of the classroom,” said Cade Bergers, a first year exploratory studies major. “The teachers don’t use microphones or anything either, so it’s really hard to hear.”

The project will cost $158.8 million and is being sourced from both state bonds and OSU’s reserved funds. The first phase, in which the west half of the building is being renovated, is funded $43 million by the state, and $28 million by the OSU deferred maintenance backlog. The second half of the renovation consists of $30 million from the state and $40 million from OSU’s revenue bonds.

“As a university, we have put more value in renovation and repair of the existing buildings instead of bringing on new buildings… so we don’t necessarily need more square footage, we just need to update the square footage we already have,” Sievers said.