Professor settles back into teaching after career with Rolling Stone magazine, Rock and Roll Hall of Fame, GRAMMYs 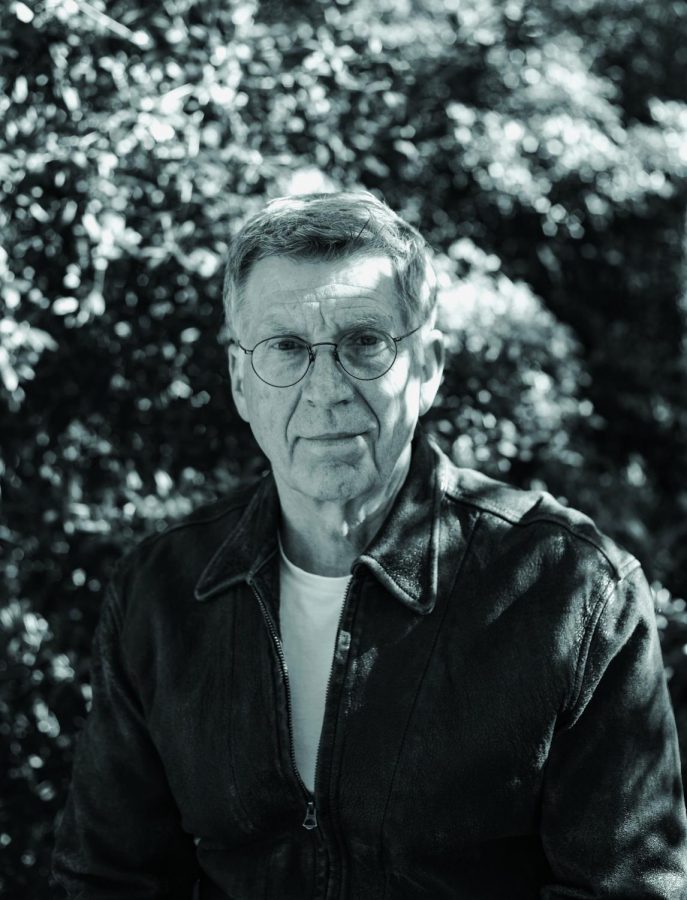 Correction: In one instance, University Director of Popular Music and Performing Arts Bob Santelli’s name is spelled incorrectly. This issue has been resolved. The Barometer regrets the error.

University Director of Popular Music and Performing Arts Bob Santelli leans against his desk. “A summary of my life?” he chuckles.

“My whole has been involved in music, in one capacity or another.  I was a musician, a fan, a music journalist, a music historian, a lecturer, a concert producer, a music museum director and a music curator,” Santelli said. “I’ve been able to stay in music my entire life.”

Santelli started off playing in various bands in high school and throughout college before he hurt his hand in a basketball accident, ceasing his career as a guitarist. This led to his transition from playing music to writing about it.

He began conducting interviews and reviewing albums while growing up in New Jersey. He got a job right out of college to become the first rock critic for a newspaper off the Jersey Shore, titled the Asbury Park Press.

“Asbury Park is the musical home of Bruce Springsteen, and for a lot of years, people compared the Jersey Shore city to Liverpool, home of the Beatles,” Santelli said.

He then taught popular music history at Monmouth University in New Jersey. While he was writing and teaching, Santelli considered spending his entire career in academia. He decided to go back to school in New York where he got his Ph.D. Following this, Santelli wrote for Rolling Stone magazine, and from this publication, is where the idea of the Rock and Roll Hall of Fame came from.

Rolling Stone picked five individuals to begin curating the Hall of Fame. Out of those five, only Santelli and one other chose to move to Cleveland, Ohio.

“I had just published a book on the blues and the roots of rock and roll, and being a music journalist I knew a lot of people in the business,” Santelli said. “I had to make a decision to either stay in music journalism, stay teaching at a university, or take a very adventurous path and move my family to Cleveland, Ohio and start the Rock and Roll Hall of Fame—and that’s what I did.”

After working here for eight years, Paul Allen, Experience Music Project co-founder, called him asking if he could come to Seattle to open the EMP, which later became the Museum of Pop Culture, nestled right under the Space Needle.

He went from a solo journalist working mostly on his own, to working with museums, to becoming the CEO of EMP, supervising hundreds of people. After completing this, he was called away again to Los Angeles to work on the Grammy Museum.

Santelli was the executive director for years, and is just now beginning to downshift his responsibilities with the museum in order to make more time for Oregon State University. His daughter graduated from OSU and within those years Santelli said he fell in love with Corvallis.

After living such a fast life, Santelli said he wants to finish his career where he started it—a college campus. While at OSU, Santelli has opened up new opportunities for students. During president Obama’s terms, Santelli led their concert series at the White House and brought students to intern on the programs. His most recent attribution to OSU is his popular-music minor, which he is currently teaching.

Larry Rodgers, dean of the College of Liberal Arts, said Santelli is a terrific addition to OSU. “There’s no one else in the country who’s more of an insider in the popular-music world than Bob,” Rodgers said. “OSU students are the main beneficiaries of his connections and experiences; we’re lucky to have him here.”

Santelli said he has always had a plan, but if something came across his plate that was appealing to him, and seemed right at the time, he would take it. Santelli said it is these decisions that have brought him such a full life.

For students, Santelli’s life can come as quite a shock. Eva Brattain, a second-year journalism student, smiles greatly, “he’s friends with frickin’ Ringo Starr,” she said.

Looking back, Santelli has no regrets and wants to spend his life giving back to music and to his students.

“A friend of mine, who was also a writer, said to me, ‘the worst thing that could happen to you is to wake up one day when you’re 50 years old and look at yourself in the mirror and wonder why you didn’t pursue your dream.’  I didn’t want that to happen to me, and I