Presidential search down to four candidates 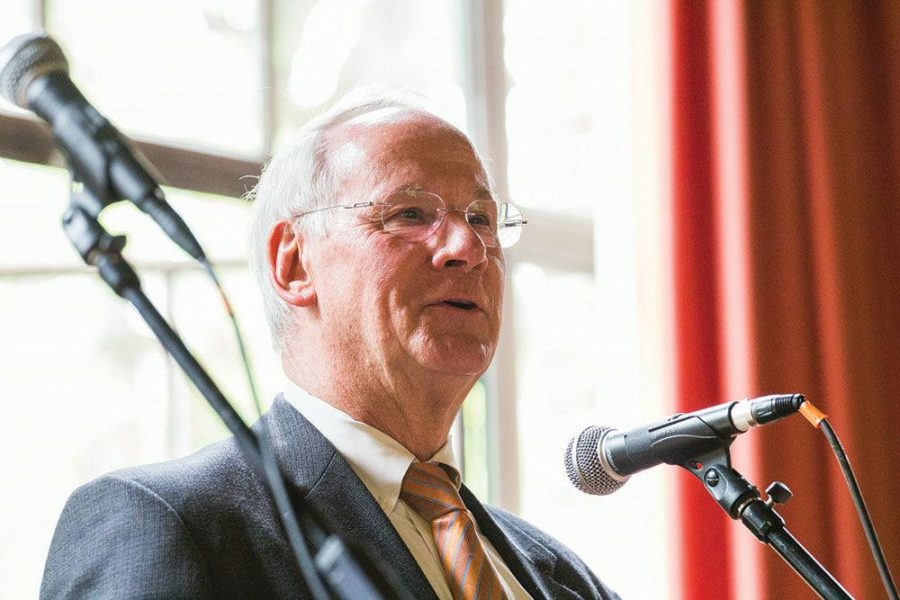 Oregon State University President Ed Ray has served in his role as president since 2003.

The Oregon State University Board of Trustees is making progress in its search for the 15th president of OSU.

Last Tuesday and Wednesday, the Board of Trustees and a group of OSU stakeholders, community and higher education leaders held separate interview sessions with four finalists for the position at the Oregon Garden Resort in Silverton, Ore. Later Wednesday afternoon, the board met in executive session to discuss and rank candidates in terms of preference. Soon  after, trustees met in a public session and authorized Board Chair Rani Borkar to begin contract negotiations with the board’s preferred candidate, according to Steve Clark, vice president of University Relations and Marketing.

Clark said should talks with the preferred candidate fall through, Borkar will begin negotiations with the board’s second choice.

“The board sought a leader who is inspiring and authentic; has significant administrative and leadership experience at a research-intensive institution of comparable size and scope as OSU; and has a significant track record of success,” Clark said via email.

The interviews for the four candidates by the university’s Board of Trustees were conducted in private. Oregon’s Public Meetings Law allows interviews and some discussions of public officers to be discussed in executive session, according to Clark.

The OSU Board of Trustees consists of 14 representatives appointed by Oregon’s governor. The stakeholders group that conducted candidate interviews, separate of the interviews conducted by trustees, included 26 university stakeholders including faculty, students and staff. The national search for OSU’s next president has included a presidential search committee made up of OSU trustees, faculty, students, administrators, staff and alumni, along with representatives from higher education and the broader community, according to Clark.

The presidential search began in the spring, when President Ed Ray initially announced his decision to step down from the position. Ray has served as the university’s president since 2003.

Clark said the trustees have sought to find candidates who are dynamic, experienced and passionate about continuing OSU’s land-grant mission of providing access and education for Oregon’s economy and community.

“Trustees believe OSU’s next president should be collaborative and committed to research success and preeminence, student access and success, teaching excellence, and entrepreneurial activity,” Clark said via email. “As well, trustees want OSU’s next president to be committed to diversity and inclusion and have a record of successfully advancing inclusive excellence.”

The Board of Trustees will hold a public session in winter to deliberate and vote on the hiring of the new president. The date for this public session is pending, according to Clark, but will be publicized when scheduled. Once selected, OSU’s new president will take office on July 1, 2020.