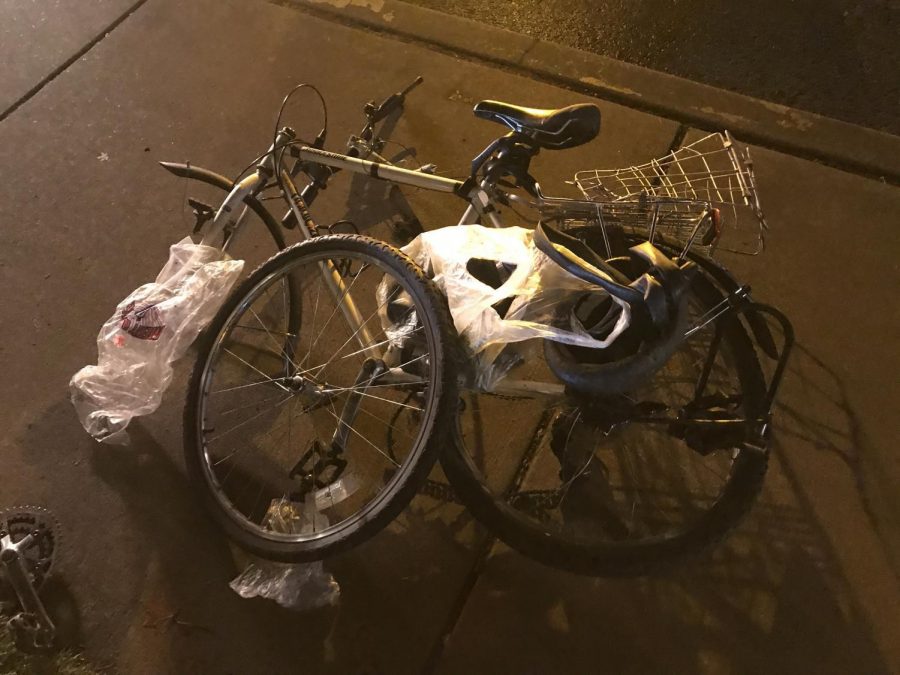 The bike's halves were separated at the scene before Oregon State University's Department of Public Safety officers gathered the bicyclist's belongings.

A Beaver Bus hit a bicyclist at the intersection of Washington Way and 26th Street between 5-6 p.m. on Monday.

According to Oregon State Police Trooper Richard Vu, the bicyclist is a male in their forties. The bicyclist was transported to a hospital upon the arrival of an ambulance. Vu said a Beaver Bus was going over the railroad tracks at the intersection when it struck the bicyclist. The driver did not see the bicyclist and it is still unknown if the bike had lights on it or not. The bike was destroyed in the accident and the bicyclist sustained injuries, although none were life-threatening.

Information will be updated as soon as it becomes available.