Letter from the Editor: You’re our watchdog 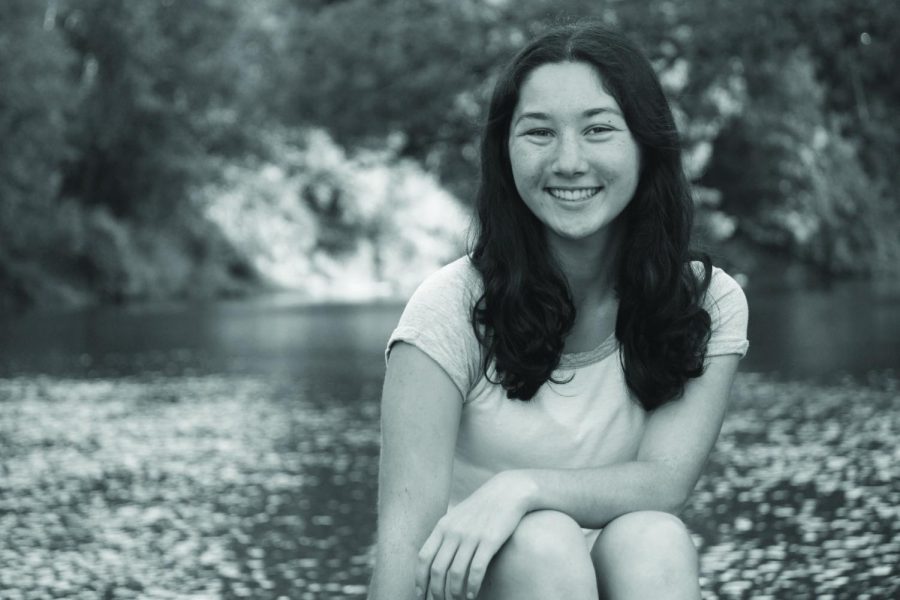 It is my understanding there are some of you who are concerned about or frustrated by The Baro’s coverage of Genesis Hansen’s arrest and ensuing events.

I will explain our publishing process and why we chose to publish what we did, when we did. I hope it will provide insight into the sincerity of our intentions, and the value of our work. Additionally, I am asking and inviting everyone who feels like their concerns haven’t been heard to reach out to me so that we can talk face-to-face. I’m not looking to lecture, but to understand where we could have done better, to answer questions and hopefully to show you the humanity behind what I think can sometimes be perceived as a faceless entity churning out knowledge on a mysterious agenda, seeking pageviews.

The process began when I saw the videos Genesis had posted on Twitter. She is a valued member of our team, and an award-winning writer to boot. Even so, our process would have remained exactly the same if Genesis was not an employee of Orange Media Network, with the possible exception that the event may have entered our collective consciousness slightly later. The initial outcry necessitated a story – the arrest scared and angered members of the community, and it happened to a student near campus. It was still necessary for me to write an editor’s note declaring Genesis’ employment, because that is part of being transparent.

I pitched the story to my reporters, and Vada picked it up. I co-wrote, due to the sensitive nature of the topic and the fact that it had already been a full day since the event when we started writing the story, and timeliness is of the essence. Our coverage plan was discussed with multiple editors and our advisers, although the decision of what to publish and when to publish is fully mine.

When writing, we ensured what I believe to be a clear distinction of what was verified fact, what was witness impression and what were beliefs we were working on verifying.

Everything published as verified fact was fact-checked before publication. Unfortunately, we did get something wrong – I was told by the Oregon State Police over the phone that Oregon Revised Statute 814.400 justified the arrest. I read the law, and read related laws, which seemed to check out. However, clearly, the arrest was not legally justified as the charges have now been dropped by the District Attorney. Although a bicycle is considered a vehicle in many aspects, it is not considered a vehicle when it comes to requiring identification presentation during a stop. From this, I have learned to be extra cautious about legal interpretation.

Regardless of intent, I should have made sure we explained that the videos were provided to us by a witness, who we chose to keep anonymous because they said the police had mentioned a possible phone confiscation if they published the videos with their name attached. We did not trim or edit the videos in any way. I did not realize people would think we had, but I should have. It would indeed also have been ideal to have sought the body cam footage earlier, although at that point I am unsure of how quickly we would have received it. What happened in the witness videos, though, is confirmed to have happened and part of the full context.

Our initial published story regarding the arrest was fair coverage of an event that affected the community, which gave all main parties involved multiple chances to speak, and made clear to readers that more details would be coming. Since then, we have published emerging details as quickly as we could verify them.

It would not have been right of me to delay publication of this story, because rumors and questions were already spreading. Stories unfold over days, weeks, months and years. It would have been inappropriate to withhold verified truths and explain current prevailing opinions, when it was relevant and affecting the public in the present.

To level with you – it breaks my heart to see comments calling out “the media” for not caring about the people we’re writing for and about, or for trying to prompt action in our news articles.

To reject sources which hold themselves to high standards of fact vetting and perspective collecting is to reject the most important foundation for building opinions. We are student journalists because we care very deeply about our community and believe everyone deserves to have access to the truth. We are always striving to improve.

At the same time, I do understand – I have seen coverage of the arrest which was horribly biased. And it is frustrating.

We did not publish this story with animosity or a grudge toward any party involved. I do not believe it is fair to assign blame for the controversy, or for any of Oregon State Police’s following decisions, to the reporting. The collective public makes decisions about how to act on, or not act on, the truth we publish. Laying out facts and viewpoints from all sides means we cannot emphasize one way forward, and it is up to you to consider, understand when details are still emerging, and subsequently make decisions.

I hope I can help show over my tenure as Editor-in-Chief that The Baro’s agenda is to publish accessible, truthful information to challenge assumptions, keep powerful people in check and create a community which understands its own context. I did not take this job because I thought it would get me power, attention or money. I applied to become Editor-in-Chief because I feel a loyalty toward my community, and I feel compelled to foster a trustworthy news source which functions as an accountable public servant.

If you have concerns about our coverage, if you think we botched an article, forgot an angle or misrepresented something, I want to listen to what you have to say. I mean that. I have had some enlightening conversations over the past couple of weeks with people whose opinions fall on all sides of the controversy which unfolded before us. I have informed of ways our coverage could be perceived which I hadn’t thought of. I received critiques regarding missed perspectives which informed future coverage decisions.

I cannot, nor do I want to, guarantee that I’ll be able to reconcile or agree with every negative judgement – ultimately, the full truth rarely satisfies everyone. And in this position I have a responsibility to push for the truth and to pass on the truth to you, the public, who are fully capable of drawing your own opinions. We know we don’t need to do that for you.

That was a pretty long-winded way of saying that if you want to know why I made a particular coverage decision, or you believe I have abused my power and want to confront me, I will always make time to have a discussion. I will be fully present and listen to you with an open mind. I will be fully genuine with you. Count on it.