Johnson: My beef with scapegoating meat in climate change conversation 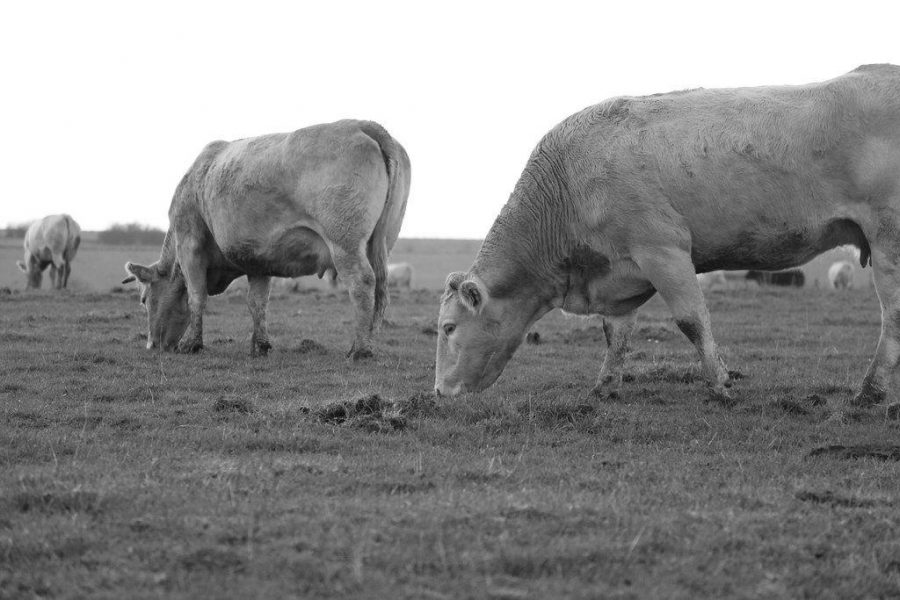 The meat industry is a popular target to blame when we analyze the biggest contributors to global warming, but the belief that adopting a purely meatless diet to combat climate change may not be enough.

It makes sense to want to hold animal agriculture responsible for global warming, as livestock production is most commonly talked about for being a major source of greenhouse gas emissions. A common solution in response to these qualms is to radically cut meat from the diet altogether. However, focusing solely on converting to a plant-based diet detracts from some broader systems at work that play even larger roles in the climate crisis. Ultimately, consumers are given a privileged choice that they, of course, are entitled to make.

But informing ourselves about the way our current commercial food systems operate and their unsustainability, is far more important than villainizing meat consumption on its own. It’s better to opt for the promotion of better meat production practices, rather than cutting it out altogether. We can start by supporting our local food producers and gaining a better understanding of the way livestock needs to be raised.

There’s no denying that human activity is the sole perpetrator behind climate change, and along with it, completely unsustainable practices such as overpopulation and overconsumption of resources, according to a recent Stanford University report. As a result, an overwhelming amount of animal species are being lost to extinction, marking this particular time period as the planet’s sixth mass extinction.

Nowhere in this report does it mention livestock production. This is likely due to the fact that grazing livestock depends entirely on coexisting with a number of wild animal species, and vice versa. The health of these ecosystems are compromised by the extreme biodiversity loss.

Lauren Stine, a farmer, writer and adjunct agricultural law professor at the University of Arkansas, aims to debunk the myths that are so often unnecessarily pinned on the meat industry. Stine is well known for her journalistic efforts regarding this topic, and has received notable recognition for her contributions to the documentary, “Sacred Cow.”

“Consumers are largely disconnected from our food system and how meat is produced,” Stine said via email. “This creates opportunities for companies to exploit that knowledge gap by saying things like cattle use the majority of agricultural land without also explaining that it is land that cannot be used for crop production.”

Stine’s arguments coincide with the Stanford report delving into the serious matter of biodiversity loss. A balanced grassland ecosystem in which livestock graze relies upon ruminants, which are common grazing animals such as cattle, sheep and goats. Ruminants help to combat invasive species and improve soil health.

“But it’s a lot easier to tell consumers that if they buy your plant-based veggie burger, the planet will be saved, than to sell them a different car or convince them to carpool to work, ride their bike more, [or] lobby for better public transport systems,” Stine said via email.

Adopting a meatless diet is not the cure-all solution to climate change—it just isn’t. While going meatless can certainly help cut back on emissions and combat overconsumption, some journalists, activists and exploitative fossil fuel-companies fail to consider the full scale of these issues, resulting in misunderstandings.

“A 2017 study showed that removing livestock completely would only reduce greenhouse gas emissions by 2.6%,” Stine said via email. “Without livestock, we wouldn’t have a way to upcycle some of our agricultural waste byproducts like corn stover, for example.”

Crop production has its own significant role to play in the rise of gas emissions.

Beyond that, meat is an important part of the human diet, as it provides specific kinds of protein, fats and nutrients. According to Professor Nathan Parker of Oregon State University, certain nutrients are most effectively absorbed by the direct consumption of meat itself.

“Certain animal fats are advantageous to human health, and some fatty acids cannot be synthesized by humans,” Parker said.

Fatty acids, such as omega-3, greatly contribute to the human body’s ability to perform cellular maintenance and repair, helping ward off common health issues such as cardiovascular disease and inflammation.

“Vitamins [that supplement animal nutrients] are not as efficacious to the human body, as they are not as bioavailable as those directly consumed from meat tissues,” Parker said.

Bioavailability is the extent to which a nutrient is available to be used and absorbed, meaning that vitamins, or synthetic forms such as pills, gel caps, and gummies, may not always be able to provide the body with the dose one takes.

Despite its benefits to overall human health, meat and its production generally gets a bad rap in the media, deterring from more damaging systems like the fossil-fuel industry.

But ultimately, no. Meatless diets are not the cure-all solution to climate change. A more effective and practical response to the climate crisis would be to scrutinize the way we use fossil fuels and to adopt better everyday practices.