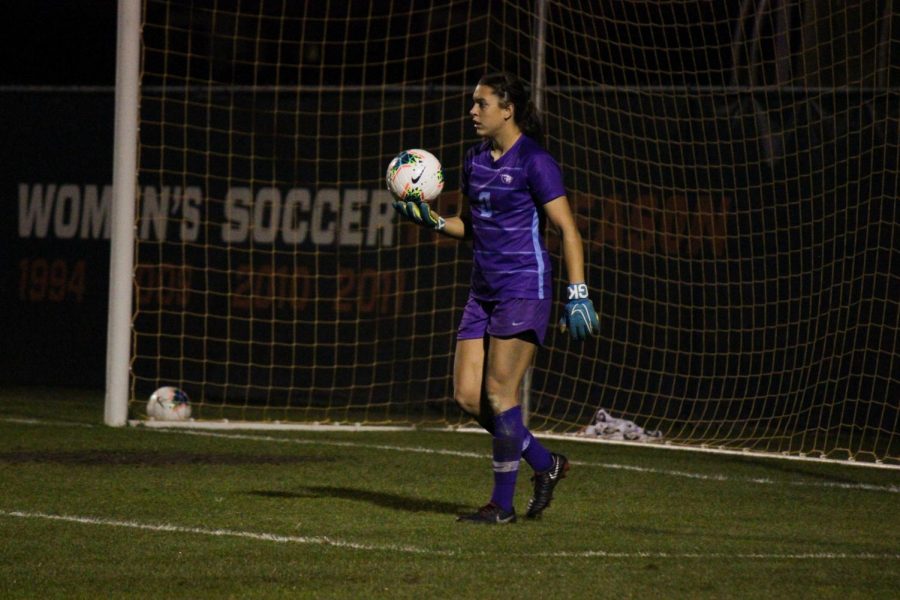 After kicking the game off, the team quickly put a shot on goal and earned a corner kick within the first minute of the game. Despite the quick start, Stanford soon took hold of possession and initiated their offense.

As the first half progressed, Stanford continued to press deep into Oregon State territory and eventually found the back of the net twice in a 13-minute span, scoring goals in both the 18th and 31st minute.

When the halftime horn sounded, Stanford’s offense had peppered the Beaver defense to the tune of 15 shots with five on target, earning 11 corner kicks in the process. The Cardinal were also winning the possession battle, having 55% of the possession through the first 45 minutes.

“We were playing in more of a low-block and they really got their numbers up and took advantage of that,” OSU sophomore goalkeeper Bridgette Skiba said. “Once the second half came around we were able to change our formation and adapt well to that.”

After the break, the Beavers once again started the half strong. In the first 20 minutes of the half, they had already doubled their total shots, shots on goal, and corner kicks.

Skiba came up with several big plays throughout the second half, including saves off a direct freekick in the 64th minute, as well as a pivotal save off a shot from inside the OSU 18-yard box. She finished the game with nine saves.

“I love the competition. I’ll rise to the challenge and unfortunately we didn’t get the result we wanted, but I love it,” Skiba said. “I wasn’t about to let my teammates down.”

“They’re the number one team in the country, so we knew we were going to be defending a lot. We wanted to try to withstand their pressure, and unfortunately the first goal was kind of a fluke goal,” Kagan said. “It’s a bummer, but they’re a great team for a reason.”

The Beavers were scheduled to play against California at home on Sunday, Oct. 13. The final game of their quick three-game homestand is slated for Friday, Oct. 18, at 7 p.m. for a matchup against the Washington Huskies at Paul Lorenz Field.