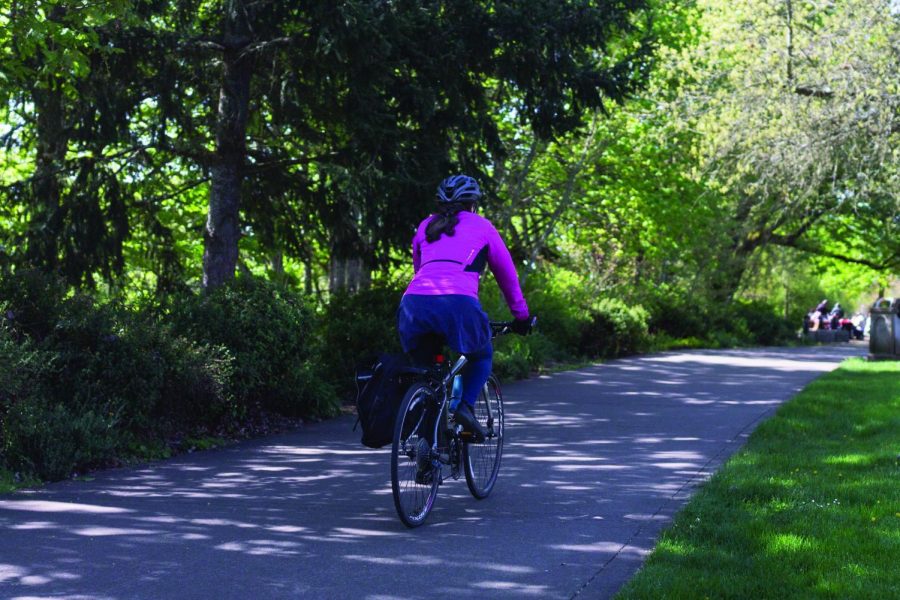 The recent arrest of Oregon State University student Genesis Hansen has generated discussions and debates locally and even nationally regarding the authority police officers possess and the rights of individuals stopped by police – namely whether or not an individual is legally required to present identification to an officer of the law.

Hansen was originally stopped by an Oregon State Police Trooper on Oct. 13 for allegedly riding her bike on the wrong side of the road, and after refusing to present identification to the officer, she was arrested for resisting arrest and interfering with a peace officer – charges Benton County District Attorney John Haroldson said he would not pursue. Corvallis criminal defense attorney Dan Armstrong explained while bicycles are considered vehicles in many respects, a driver’s license is not needed to operate a bicycle, and nobody can be required to present identification when pulled over on a bike, although they may be detained.

“For purposes of a DUII, you can get a DUII on a bicycle just like you can in a car,” Armstong said.

According to ORS 131.615, a police officer may stop an individual if they believe the individual has committed or is about to commit a crime, and after stopping said person, “make reasonable inquiry.”

“They only need reasonable suspicion to stop you for what they think is a crime,” Armstong said. “Riding your bike down the wrong side of the road is a violation. If a peace officer has probable cause to believe she’s committing that violation, then they can detain her and stop her, and they can ask her for her identification.”

One difference between the operation of bikes and motor vehicles, however, is that an individual does not need to possess a driver’s license to ride a bike. It is also not illegal to refuse to identify yourself to a police officer in Oregon, according to the American Civil Liberties Union.

But, if an officer believes that an individual has committed a crime or traffic violation, they have the lawful ability to detain an individual until the individual’s identity is established.

While detained, an individual cannot leave until a police officer has given them permission to do so. Still, an individual has the legal right to refuse to give identification, and even refuse to speak with the officer at all.

An individual cannot be arrested for either act,  like Hansen was, which may be why Haroldson said he would not pursue the charges of resisting arrest and interfering with a peace officer.

Armstrong said he thinks the best way to interact with police is to be polite and obey commands.

“Cooperate with the police,” Armstrong said. “They’re out there doing their job.”

If an individual believes charges against them are unfair or that the police acted improperly, then they have the right to raise that concern.

Armstrong said he believes the best time to address those issues is not then and there, but afterward in court when the court can make a decision.