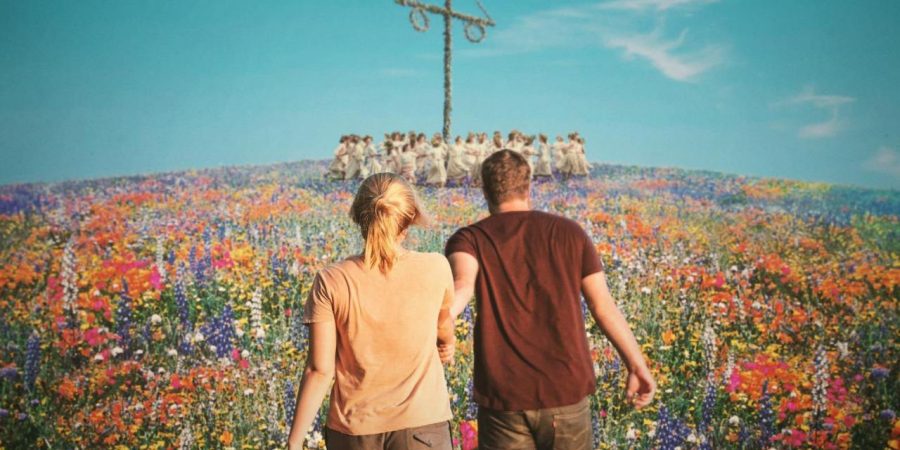 Whenever I think of a horror movie, my mind immediately jumps to ominous, suspenseful scenes that almost always take place in the dark. But Ari Aster, writer and director of last year’s thriller flick Hereditary, flips the usual tone of a haunting horror film script into one that takes place in broad daylight, in the middle of the summer. The result is eerie and disorienting, but it seems like Aster’s aim is just that.

Drawing from Scandinavian traditions, the Midsummer festival is a celebratory event that is meant to honor the summer solstice and the passing of seasons. But the appropriately spelled Midsommar film takes this custom and turns it into something more grisly and brutish. When graduate student Dani, who is played by actress Florence Pugh, is suddenly hit with tragedy, she accepts an invitation to visit a commune in Sweden that is hosting a folk festival, in an effort to move past this tragedy. Her reluctant boyfriend, Christian, is constantly badgered by his fellow graduate school friends for not severing their relationship sooner, but in the wake of Dani’s trauma, he feels obligated to help her.

Located deep in the backcountry of Sweden, the community of Hårga looks like an idyllic paradise – green grass, smiling faces, pristine white clothes, and dancing. But the rituals begin to turn grim as Dani and her friends witness firsthand the bleak customs that they are being drawn into. It soon becomes clear to Dani and her friends that the summery, sunlit haven that welcomed them in the beginning is actually a disturbing cult in disguise that honors the violent acts of birth, reproduction, and death.

Aster is known for exploring these trenches of human existence; birth, reproduction, and death are all natural components of the cycle of life. Aster is also fascinated by the muck in between this cycle, such as how we handle trauma, spirituality, grief, mental illness, and relationships. This is readily apparent in his earlier film Hereditary, which roots itself in the story of a woman who finds that tragedy and mourning follows her everywhere after the death of several family members, and ends up taking a supernatural turn.

Watching this film, it’s easy to forget at times that this is actually a nightmare prowling under the guise of sunlight and flower-picking. It’s difficult to differentiate between Dani’s feeling of belonging while she takes part in the rituals of Midsummer, and her feelings of isolation. One thing is for certain, Midsommar aptly achieves its intention of toying with the way humans handle and make sense of our emotions, collectively.