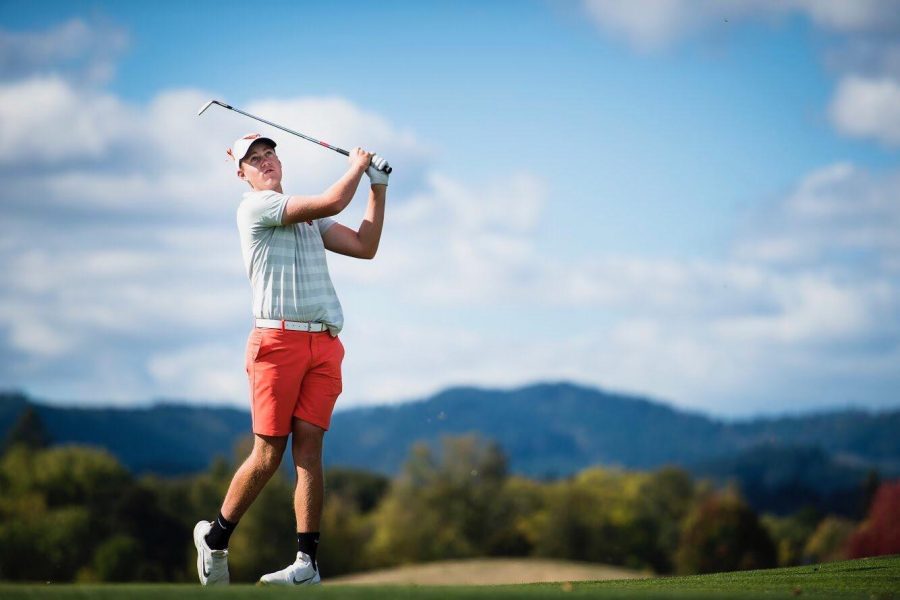 Spencer Tibbits, a second-year OSU student and member of the Oregon State Men’s Golf team, was recently invited to compete in the United States Open Championships, which will be held on June 13-16 at Pebble Beach Golf Links, Calif.

Tibbits earned his spot in the U.S. Open at the sectional qualifier on June 3, at the Wine Valley Golf Club. There, he tied for second place after shooting a 36-hole score of 7-under 67-70–137. He will be the third OSU golfer to attend the championship since 2012.

In order to qualify for the U.S. Opener, one must place top-three out of 55 players at the sectional qualifier. The championship invites 156 of the best players in the world, both professional and amateur, to compete for a prize of $12 million.

This will be Tibbits first major championship. According to Tibbits, he is nervous for the competition but enthusiastic to play and looks forward to teeing off next week.

“To be able to play in the U.S. Open is truly a dream come true for me because this is something that I have worked for my whole life and I couldn’t be more excited to play in this event,” Tibbits said.

According to OSU Men’s Golf  Head Coach Jon Reehoorn, qualifying for the U.S. Open is something that every golfer dreams about growing up. He and the whole team are excited for Tibbits, and he hopes Tibbits’ success inspires his teammates to continue to work hard.

“For me, one of the best things for a coach is to see your players reach their full potential and achieve some of their dreams and goals,” Reehoorn said. “In the long run, I hope it pushes each of them to want to make sure they continue to get better and realize it could be them next year doing the same thing.”