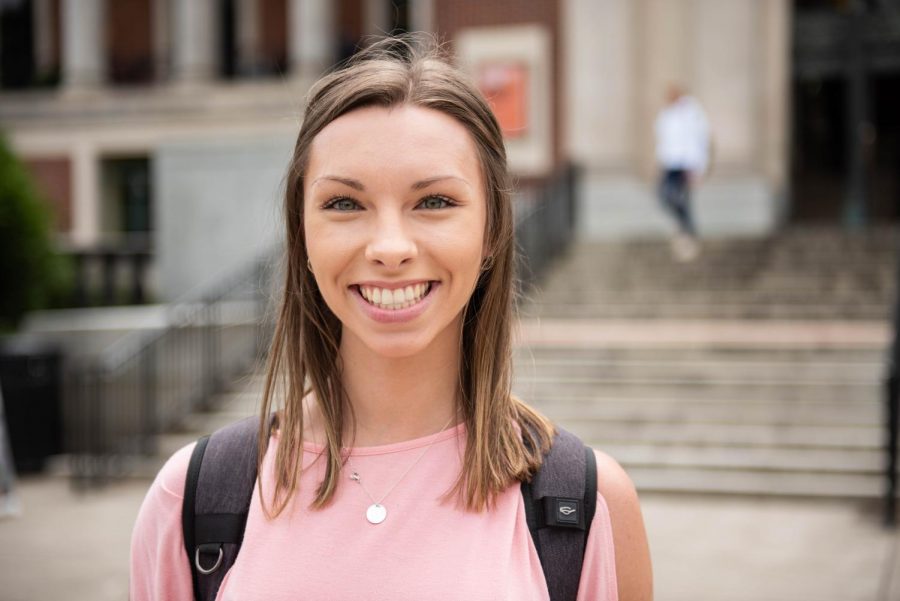 Danielle Gerding plans to take a gap year before applying to graduate school.

On June 15, 7,202 Oregon State University students will graduate at the 2019 Commencement ceremony. After graduation, students will move on to the next chapter in their lives. Whether that be a new job, an internship, a gap year, graduate school or traveling the world, the class of 2019 is going their separate ways.

Molly Carpenter, a bioengineering major, is moving to California to pursue a career relating to her degree.

“After graduation I am moving down to San Francisco to work at a biotech company. I’m doing a rotational program for process engineering,” Carpenter said.

Similarly, Albert Pedra, an economics student from Spain, is moving out of Oregon and into a new state. According to Pedra, the opportunity to play soccer in North Carolina is a great way to take advantage of his time in the United States.

“I was not planning on graduating but I had the opportunity, because I am on the soccer team here, and I am graduating early. Next year, I will be playing at UNC Greensboro in North Carolina, and getting my Masters degree.”

Danielle Gerding, a psychology major, has a different plan. Gerding hopes to stick around Corvallis to finish classes this summer, before applying to graduate school.

“I’m going to work a bunch throughout this next year, and apply to grad school. I am going to be applying at Northwest Christian and Portland State University. I will hopefully go into the field of clinical mental health counseling.”

Brooke Eide, a marketing student who graduated in December, has taken a similar route. Eide has been working at the state capital, in legislative policy and research.

“I’ve been staffing the House committee on business and labor, so basically I do all the paperwork behind what it takes to turn an idea into a bill,” Eide said. “Now, my next steps are to hopefully be working in a law firm, and then going to law school afterward.”

To reflect on her studies, Julie Whatmough, a double major in environmental economics and policy and sustainability, plans to travel after graduation.

“I think it’s really important to take a step back from the grind and give yourself some rest, relaxation and recuperation before you look at yourself and really think of how you want to apply what you’ve studied,” Whatmough said. “I would really like to do a yoga teacher training in India, so I can get a different cultural perspective, but also, I think it has a lot of benefits that I would like to bring to other places that I travel.”

Whatmough will be looking into Environment Governed Integrated Organisations in India, and is interested in preventing gender-based violence in Africa, more specifically in Uganda.

Garrett Back, a civil engineering major, will also travel to another country to give himself a break from engineering.

“I’m moving to Taiwan to teach English for a year. I’m just going to be chilling out, I don’t know, there’s not a whole lot. I’m getting out of here, engineering is kind of a grind, so I’m trying to get some space from it,” Back said.