The Daily Barometer • May 13, 2019 • https://dailybaro.orangemedianetwork.com/4527/daily-barometer-news/summer-term-offers-chance-for-condensed-classes-cheaper-tuition/ 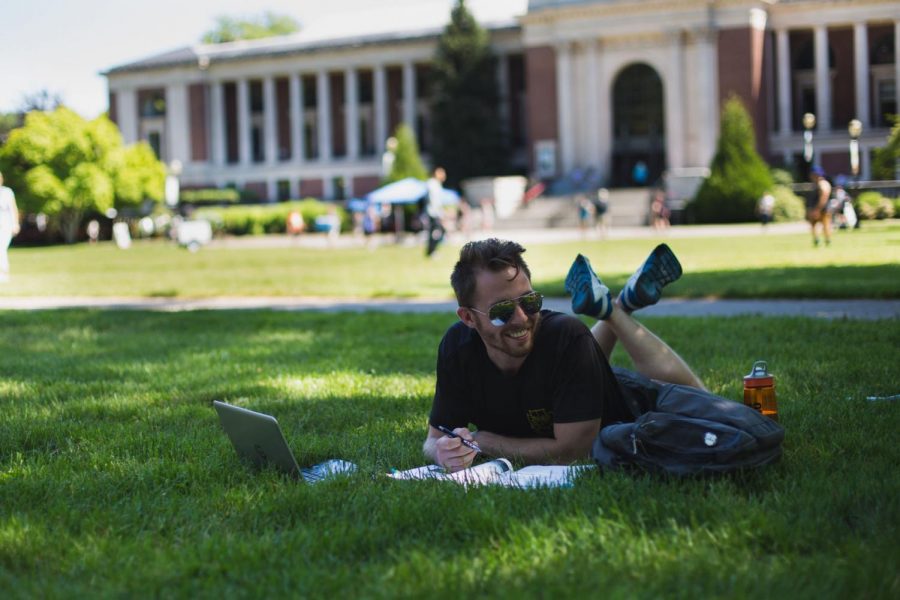 Summer is approaching, and the enrollment period for summer term classes is currently open.

There are six separate sessions throughout the summer with varying lengths and students may enroll up until a session begins without any late fees. Summer classes allow students get ahead of their degree completion, however only to a certain extent because not all courses are offered during the summer term.

According to Rebecca Mathern, the associate provost and university registrar, summer is one academic term that is organized into multiple sessions with four different start dates dependent on the sections.

“This means that course meeting times can range from 1 to 11 weeks, based on the session in which they are scheduled. So there is flexibility for students,”  Mathern said.

According to the Oregon State website students may take courses over a one, three, four, eight or 11 week period, depending on the class. Sessions one, two and three begin on June 24 for either four, eight or 11 weeks. The fourth session goes from on July 22 to Aug. 16 and is four weeks long. Session five is a three week period that begins on August 19. Finally, session six is one week from June 17 to June 21.

All of the content in a summer class is the same as a regular 11-week term, but at a faster pace. Accelerated sessions typically meet for longer hours than during a standard term. There is no “dead week” during summer session, typically exams are given during the last week of class.

“Summer sessions allow for accelerated courses and for students to complete what would normally be a three-term length sequence course in one term,” Mathern said. “For example, SPAN 117 is the entire first year sequence, but can be completed in 8 weeks.”

If students plan on being enrolled for less than full time they must notify the financial aid office. In order to be eligible for most financial aid including federal student loans undergraduates must be enrolled in at least six to eight credits and graduate students must be taking between five and eight credit hours.

Most OSU Scholarships, unless they are specifically awarded for summer term, are distributed across fall, winter and spring terms. Students enrolled in at least 12 credits during the summer term may contact the Scholarship Office and request a summer scholarship payment, which will split general OSU scholarships across the four terms as opposed to three.

Summer session tuition is equivalent to in-instate tuition for all students, even those from outside Oregon, excluding programs such as Ecampus, INTO, pharmacy and VetMed.

The classes that are offered during summer term are limited, however there are still more than 1,200 options, according to Mathern.

“Mechanical and chemical engineering both offer a variety of classes during the summer, however, from an ECE perspective, there are no major-specific classes offered,” Vesely said. “So if you’re looking to take engineering classes they aren’t really offered.”

Vesely said he took summer classes because he was working on campus over the summer and decided it would be efficient to take classes as well, so his work load for the following fall term would be less. Vesely added it’s nice to be able to focus on one class at a time while having smaller classes sizes and being able to focus on non-academic related activities.

“Instead of having your attention split between a bunch of academic classes you can do work or other things and only focus on one thing that is college/book knowledge,” Vesely said. “Class sizes are also a lot smaller. I was taking a math class and there were only like 30 people in my class.”

“It helps make the rest of your school year a little bit easier so I would recommend it,” Carpenter said.

For students wanting to live on campus during summer term, they must register online through MyUHDS by May 15 in order to have a housing assignment by the end of May. On-campus summer housing contracts typically span either an eight week period from June 23 to Aug. 16,  or a 12 week period from June 16 to Sept. 6, and include internet and laundry, according to Jennifer Vina, the UHDS marketing and communications director.

Summer session housing is available until Sept. 6 for students that will not be living on-campus the following fall term; for those that are transitioning to their fall term assignment will be on Sept. 13.

According to Vladimir Vesely, a third year student in electrical engineering, “housing for summer sessions students is restricted to Bloss and international students often arrive early and are housed in the ILLC, so you don’t get a massive choice of where you would get to live. It’s basically southside.”