The Daily Barometer • May 13, 2019 • https://dailybaro.orangemedianetwork.com/4551/daily-barometer-news/osu-implements-new-technology-to-cut-back-on-food-waste/

OSU implements new technology to cut back on food waste 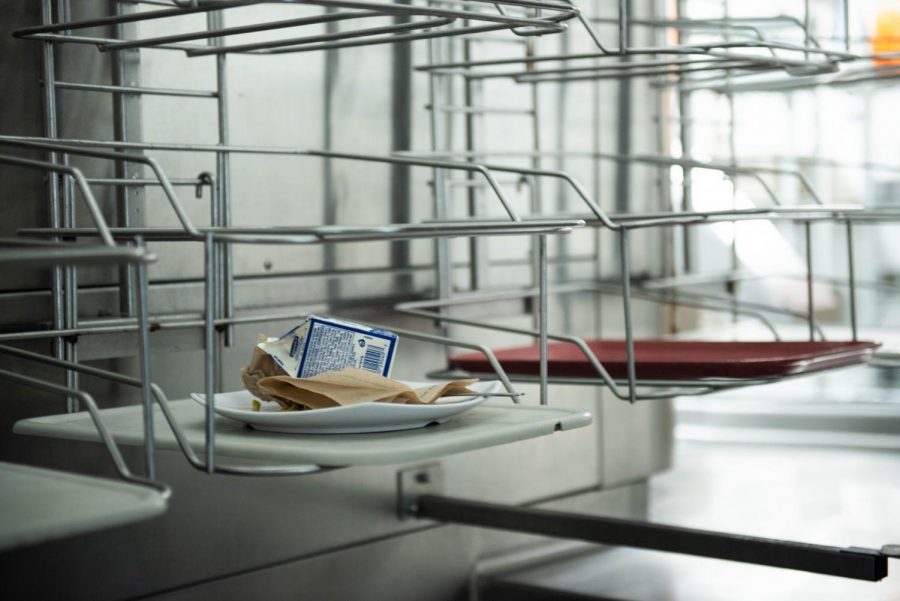 Trash sits on a carousel, waiting to be taken by a University Housing and Dining Services employee and sorted.

Pre-consumer wasted food refers mainly to unserved leftovers and prep waste. According to Tristen Koronye, a third-year animal science pre-veterinary major who has been working at the dining hall for three years, the recently implemented program is called LeanPath. It measures the collected composted waste and food waste. LeanPath creates graphs detailing how much food has been compost over time and what types of food are composted the most.

“Because of LeanPath, we have measurements of all our food waste and implement changes in how much we make of different things,” Koronye said. “So that we can target and make less of the specific items we waste a lot of.”

Kerry Paterson, the Director of the university’s dining centers, said OSU takes food waste very seriously, as it is such a great dilemma.  In the United States, about 40% of food gets thrown out every year, amounting to about 162 billion dollars in waste each year, as stated by the Natural Resources Defense Council.

“This is a major issue that is being looked at nationwide, not just on colleges and universities,” Paterson said. “Dining has recently partnered with a local, nationally-recognized company, LeanPath, to bring awareness to our wastage numbers and assisting us with influencing the behavior patterns of our staff so that they can prepare foods items with minimal wastage.”

According to Anderson, the food that gets placed on the carousels at West Dining Hall and McNary is sorted by trained staff to keep as much food from the landfill as possible. Organic waste that is left over from consumers gets placed in a compost bin and is sent to the Pacific Region Compost Facility near Adair Village.

According to Koronye, the dining staff found that when students sorted their own waste a lot of potentially compostable and recyclable things end up in the trash and a lot of trash ends up in the recycling.

“By having everything go on the carousels, where workers will then sort things out, you can guarantee that whoever is doing the sorting will do so accurately and to the best of their abilities,” Koronye said. “Which ultimately ends up with a lot more compost and recycling being produced and a lot less trash being produced in the same volume of total waste.”

Food that isn’t served in the dining halls is either utilized in a different capacity or donated to the Linn-Benton Food Share, according to Anderson. If the food is at the end of its life-cycle it will be composted in a similar manner to post-consumer waste.

In addition to donating to the Linn-Benton Food Share, UHDS also partners with the Human Services Resources Center on campus allowing dining plan holders to donate funds for students in need to access the food pantry. Anderson said that over the past three years, UHDS has donated nearly 15,000 pounds of food each year.