The Daily Barometer • May 13, 2019 • https://dailybaro.orangemedianetwork.com/4618/daily-barometer-news/resident-assistants-face-difficulty-with-work-life-balance/ 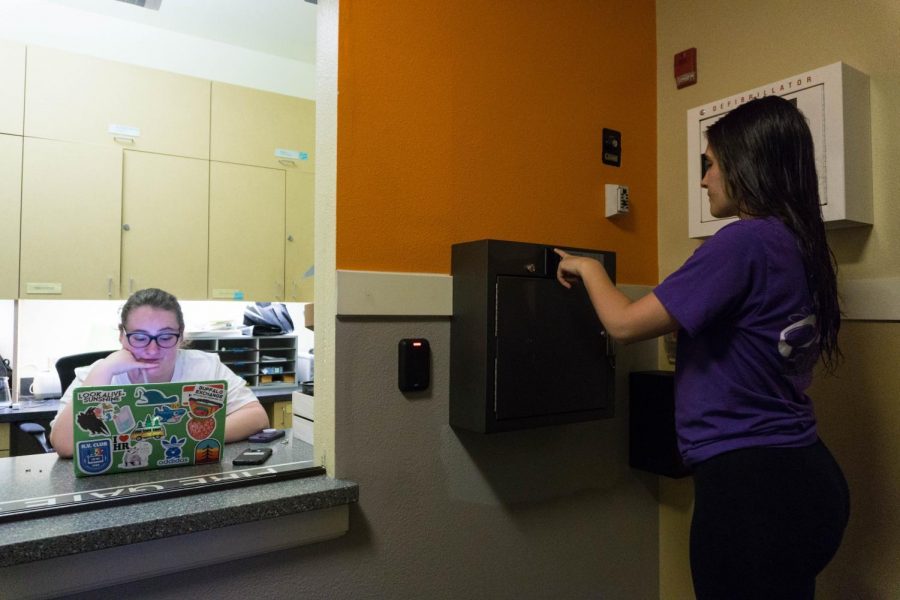 For some resident assistants at Oregon State University, the challenges of the job outweigh the benefits.

Resident assistants are responsible for living in the dorms and acting as peer mentors for residents. Students often find that the free housing and meal plans included with this position are financially helpful. However, living in the same place as they work and providing a support system for residents can become overwhelming for some RAs, causing them to quit. Some former RAs wish University Housing and Dining Services would have prioritized their mental health and their work-life balance.

Canessa Thomas, a third-year studying biology and pre-education, is frustrated by the amount of work RAs are expected to perform, and felt a lack of support while she was working as an RA in West Hall. Thomas quit her position midway through her second term on the job.

“If they say they want students to succeed, they should be doing those things that will help keep the RAs in the building, that will support the RAs, that will keep them there, because they are the front line,” Thomas said.

Thomas said working as an RA in West Hall for nearly two terms negatively affected her to the point where she could not continue in her position.

“I would get so anxious that I would lay in bed and I could not fall asleep,” Thomas said.

Thomas was first inspired to apply for the position by her own RA, who she admired. However, like many other students, her reasons for taking the job were largely financial.

“Most of the people who take the job take it because they have to take the job, because it’s such a good deal since housing in Corvallis is so expensive,” Thomas said.

One common challenge for RAs is the responsibility they have to support the mental health of their residents.

According to Drew Morgan, Interim Director of Residential Education, the support systems that RAs learn about during trainings, such as Counseling and Psychological Services are resources that they themselves are encouraged to use. In addition to the regular supervisor check-ins regarding their mental health, RAs may sometimes be directed to these resources if they find they are facing these difficulties on the job.

“We remind resident assistants that the resources being shared are not only for the benefit of the hall residents they will assist, but also for them to use, as well,” Morgan said via email.

Tanya Chavez, an OSU alumna who graduated in spring 2018, worked as an RA for two terms in Cauthorn Hall before leaving the job. According to Chavez, helping residents with “scary and difficult situations” eventually began to negatively impact her own mental health.

“Generally, the problems that were the hardest to help them with were things around mental health, like depression or suicidal thoughts. Other difficult problems included helping students that had experienced sexual violence,” Chavez said via email.

According to Thomas, residents often began to experience mental health issues for the first time as they adjusted to the new environment.

“When you’re the one sitting down with them as they’re in your room crying and you’re just trying to talk to them and make them feel comfortable, it’s very hard to maintain composure,” Thomas said.

Despite these issues, Thomas said that she enjoyed getting to know her residents and developed “very strong, positive” relationships with many.

According to Morgan, there are always at least two professional staff members on call at all times if an RA needs them. These professionals work in coverage rotations to also ensure their own well-being. If necessary, these staff members may be there in person to help deal with an incident. UHDS also works with the Department of Public Safety and Oregon State Police to determine the proper response in these situations.

“We take the safety of all residents very seriously, including our student staff,” Morgan said via email.

RAs are often required to work shifts until early in the morning as well as be available to their residents at all times. While the job is supposed to be 15 hours per week, Thomas believes she worked for longer. Between working at the front desk, creating new bulletin boards, developing relationships with residents and working at After Dark events, she found it difficult to keep up with school work.

“I got a very low GPA which is just unlike me. I’ve never done poorly in classes and I really think it had a lot to do with time management,” Thomas said.

Chavez said working in a building with a high amount of student conduct issues kept her up very late most nights. According to Chavez, who had a second job on top of being an RA, she sometimes felt like she was never off-duty.

“It was hard to live and work in the same place, often having to be working at all times, even when I wasn’t “on-duty” because I lived with residents that would need me at all different times of the day and night,” Chavez said via email.

According to Thomas, she eventually felt she could no longer perform her job adequately for residents and decided to quit being an RA. Though she lost her living space, income and meal plan, Thomas felt it was the right choice.

“Overall, I felt an immediate relief. It honestly felt like I was shackled and they took the key. But I was able to unlock myself,” Thomas said.

Chavez believes more training could be implemented by UHDS that deals with maintaining a work-life balance.

“I think UHDS could do a better job of helping RAs balance the fact that they are working and living in the same place. They need to train and help enforce the concept of building boundaries,” Chavez said via email.

According to Thomas, many people are unable to afford losing the job because they rely on the housing and food. She believes RAs are seen as “replaceable” by UHDS and hopes that will change.