The Daily Barometer • May 8, 2019 • https://dailybaro.orangemedianetwork.com/4624/daily-barometer-news/chrysalis-climate-symposium-calls-for-action-regarding-climate-change/ 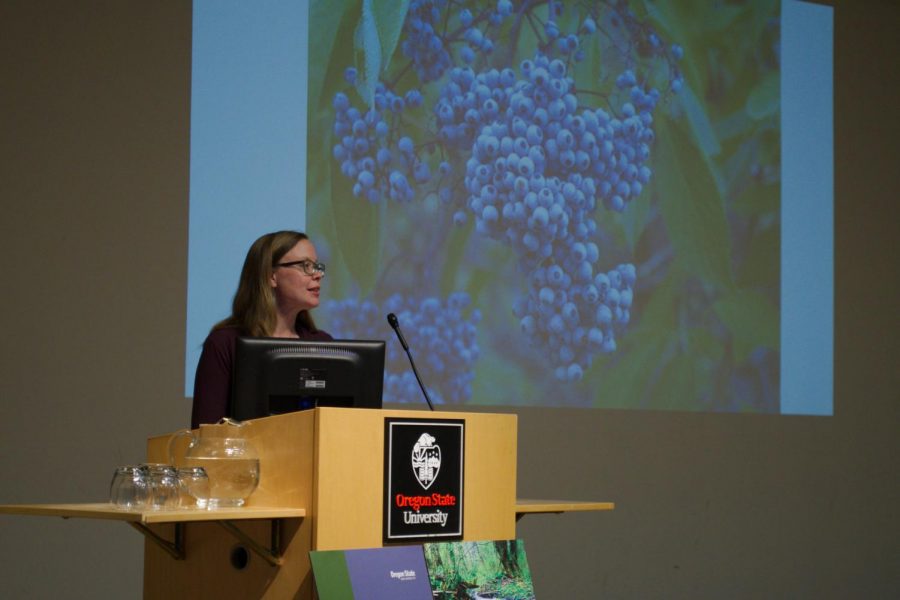 The symposium was organized by The Spring Creek Project, an OSU organization dedicated to the connection between human populations and the natural world. Sunday’s event was prompted by the Intergovernmental Panel on Climate Change’s recent calls for timely action. The IPCC is a body of the United Nations working to provide a scientific, comprehensive view of climate change’s effects and potential responses. With organizations presenting at booths, tables for the discussion of specific issues and educational lectures from guest speakers, Sunday’s symposium was focused on teaching the public how to personally contribute to a reduction in emissions.

According to the IPCC, allowing the global temperature to increase more than 1.5℃ over pre-industrial levels will vastly increase the amount of damage caused to ecosystems by warming. Significant climate changes were already observed after a 1℃ increase, including a decrease in sea ice and more extreme weather. Warming is expected to reach these levels by as early as the year 2030.

“We have about 12 years to reduce our carbon emissions,” said Emily Grubby, a spokesperson for The Spring Creek Project.

Grubby added that the Symposium was organized out of the urgent need to act on the climate crisis. The event provided attendees with information on the actions they could take to move themselves and their communities toward the goal of reduced emissions.

The Corvallis Sustainable Housing Committee, a non-profit organization focused on the development of sustainable housing, shared information on the effects of poor insulation in homes and what steps households could take to reduce their carbon footprint.

“40% of the energy we use is being wasted, on average, through buildings,” said Wendy Woods, a representative of the CSHC.

Woods said she founded the committee in January to address inefficiencies in current housing designs. She said that with existing technology, passive temperature control is possible, where very little outside energy is required for heating.

A doll house, retrofitted with environmentally-friendly upgrades, was presented at the symposium to show how existing homes could be improved with upgrades to insulation and heating. An example property, designed by Carl Christianson, was presented to demonstrate the future of building sustainable housing in Corvallis. Built in 2016 with existing insulation and heat circulation technologies, the property has no annual carbon footprint, according to Woods.

“This is standard code in Europe,” Woods said. “We are lagging far behind.”

Additionally, a series of lectures were presented at the Symposium to further educate the public on climate change and climate-related issues. Climate justice activist Jamie Margolin, indigenous activist Luhui Whitebear and the Center for Story-based Strategy communications manager Angus Maguire all presented.