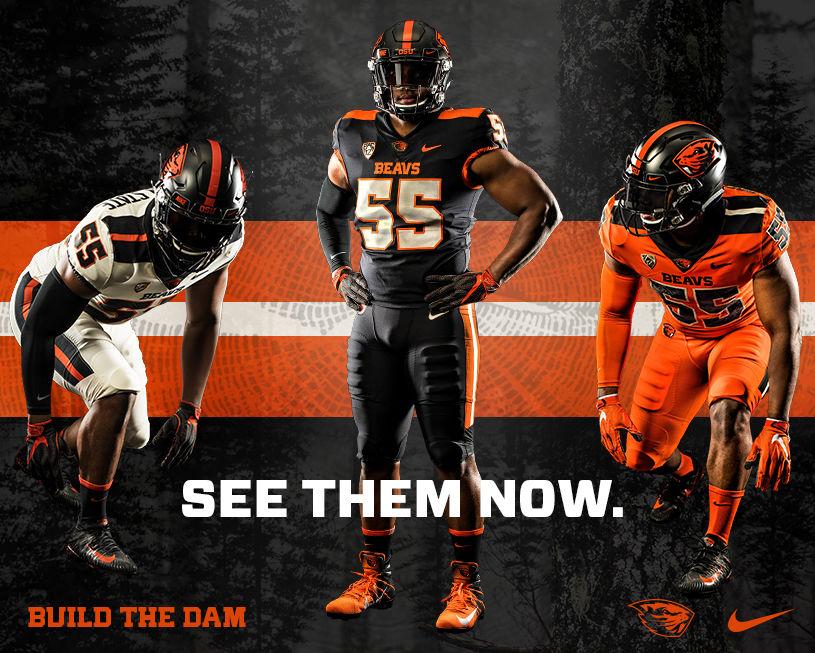 Oregon State Football's new uniforms were released on Saturday, April 20, and will be debuted when the Beavers take on Oklahoma State on Friday, Aug. 30.

Oregon State Football publicly released new uniform designs for the fall 2019 season with a display to fans at Reser Stadium during the spring preview game on Saturday afternoon.

Fenk added that no dramatic changes had been made to the uniform design. Instead, subtle modifications have been made throughout the two-and-a-half year design process, which initially began with the previous coaching staff.

According to Fenk, fans reacted positively to the updated design overall, which is what the coaching staff expected.

“The goal was never to please everyone,” Fenk said. “reactions were generally very positive.”

Fenk was unable to provide a cost for the updated uniforms. However, the new equipment is provided through a partnership with Nike, through which new uniforms are released once every three to four years.

The updated designs are currently available for viewing on the OSU Athletics website.