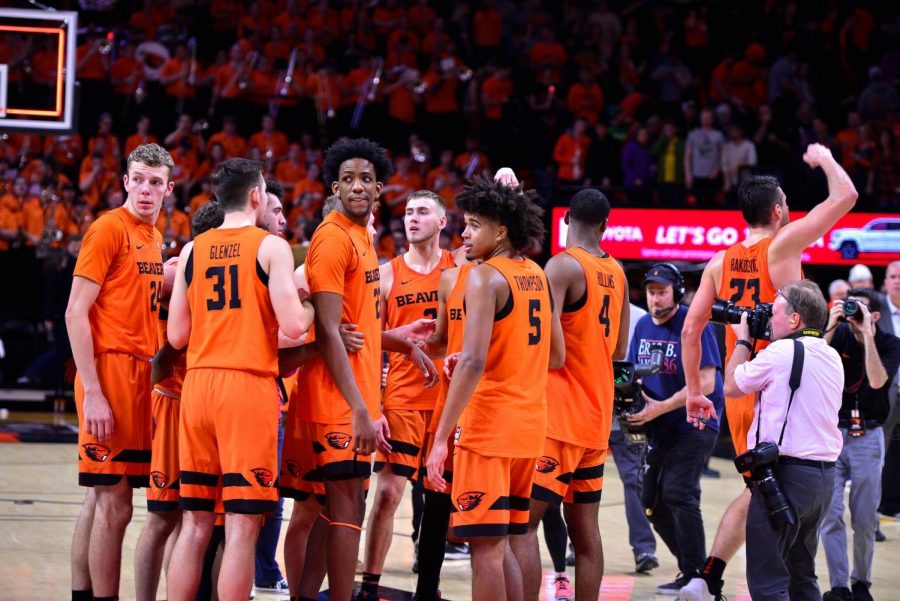 OSU freshman forward Warren Washington stands tall in the center of the team huddle after a Civil War victory at Gill Coliseum.

Per 247 Sports, Washington was ranked as a three-star prospect coming out of Mission Hills High School in San Marcos, Calif., and reported having interest from other Pac-12 schools including California and Utah. It remains unclear at this time where he may be headed next.

According to the press release, OSU Head Coach Wayne Tinkle said the program is happy to have Miller-Moore on the team.

“He’s an incredible athlete with a high motor and will bring toughness and athleticism to our forward positions,” Tinkle said via OSU Athletics. “He has a great knack of getting to the rim and finishing. He’s an elite athlete. He’s a great kid who will do well in the classroom and represent the program the right way.”

This story will be updated when more information becomes available.