ODOT closes Highway 34, U.S. 20 near Corvallis due to flooding 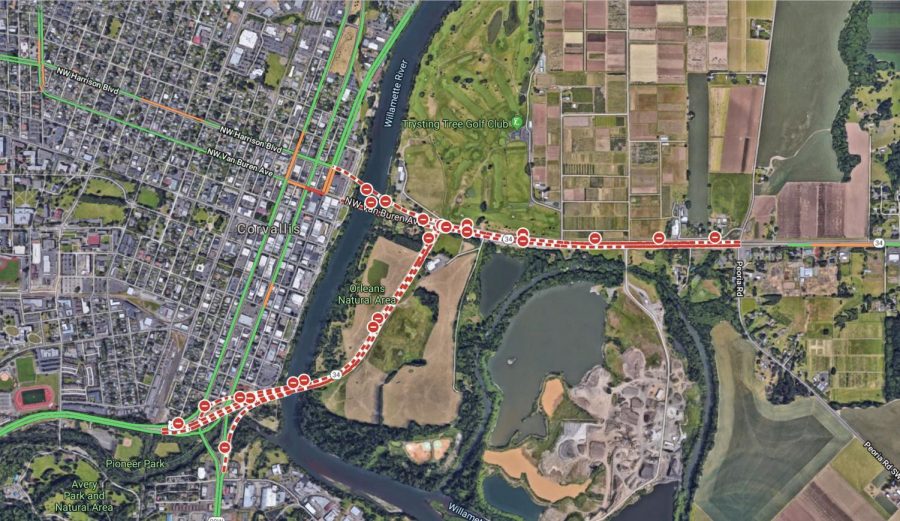 The intersection of Highway 34 and U.S. 20 in Corvallis has been closed by the Oregon Department of Transportation due to flood waters covering the roadway. Highway 34 will be closed between Peoria Road and NW Van Buren Avenue at First Street according to Benton County’s Flooding and High Water Updates.

According to ODOT traffic volume data, about 15,800 cars on average pass across the bridge of Highway 34, going over the Willamette River, each day.

Additionally, Avery park road between Highway 20/34 was reported to be covered by a depth of at least eight inches. The bypass at OR 99W is closed in both directions.

Roads will remain closed until the water recedes, according to ODOT. According to the National Weather Service, a flood warning will remain in effect until Thursday at 6:55 p.m.

Commuters can use ODOT Trip Check or call 511 for highway information for up to date information on road closures.