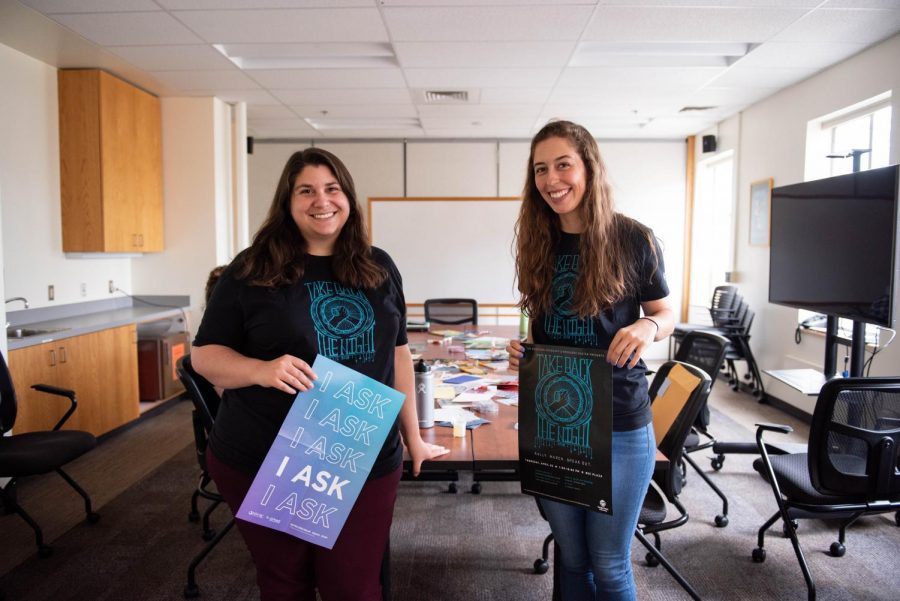 Take Back the Night Rally and March—an event Judy Neighbours, director of the Survivor Advocacy and Resource Center described as the “culminating event” of Oregon State University’s Sexual Assault Awareness Month programming—will be Thursday, April 25, at 7 p.m. in the SEC Plaza.

Throughout the month of April, many different programs across the OSU campus have held an array of events including art installations, workshops, lectures, documentary screenings, and more in observance of SAAM. The TBTN rally will open with a performance by Divine, OSU’s female a cappella group. Next to take the stage will be a series of featured speakers: Indica Stephenson, student speaker; Mehri Shirazi, Ph.D, of the Women, Gender, and Sexuality Studies Department; and finally activist and speaker Melissa Bird, Ph.D. Following this first portion of the rally, there will be a march through some of the OSU campus. The march will end back in the SEC Plaza for an open mic portion, during which time survivors and their allies are welcome to share their thoughts and experiences, capped off with a closing performance by Divine.

OSU’s event is part of a national movement seeking to raise awareness about sexual violence against women and call for an end to this violence. Hundreds of marches occur at college campuses and communities around the country during the month of April.

“Thiwws is definitely a way to show support for survivors and to show our campus and community that we care and want to make a difference,” Kimberly Hack, advocate at SARC, said.

Maddie Hansen, SARC graduate assistant, took the lead in organizing this year’s event. Hansen, who is also studying to earn a master’s degree in public health, hopes Take Back the Night can help survivors in the OSU community feel more supported and learn about the resources available to them.

“If people feel supported and walk away knowing that they have support on campus and that they’re not alone in all this, that’s when I’ll know this was a success,” Hansen said.

Hansen said putting this all together took a lot of work — so much work that she started in September of this academic year.

However, Hansen was not alone throughout the process. Among the first steps for putting this all together was forming a committee of students to come up with ideas and make decisions for the event, including brainstorming and selecting speakers and voting on the student submissions for this year’s t-shirt design.

“There was some student involvement with every single bit of it,” Hansen said.

Hack also emphasized the importance and level of student involvement in putting together this event, suggesting Take Back the Night could be described as “student-run in collaboration with SARC.”

The event itself will also involve a lot of participation from many different groups. Scores of volunteers will help guide the march path, SARC team members will be in attendance with “confidential,” tags on their shirts so that folks may approach them, SafeRide will be providing transportation after the event, and so much more.

“We’ve got a lots of people behind the scenes who are working to make this a successful Take Back the Night for students to show their support to survivor.” Neighbours said.