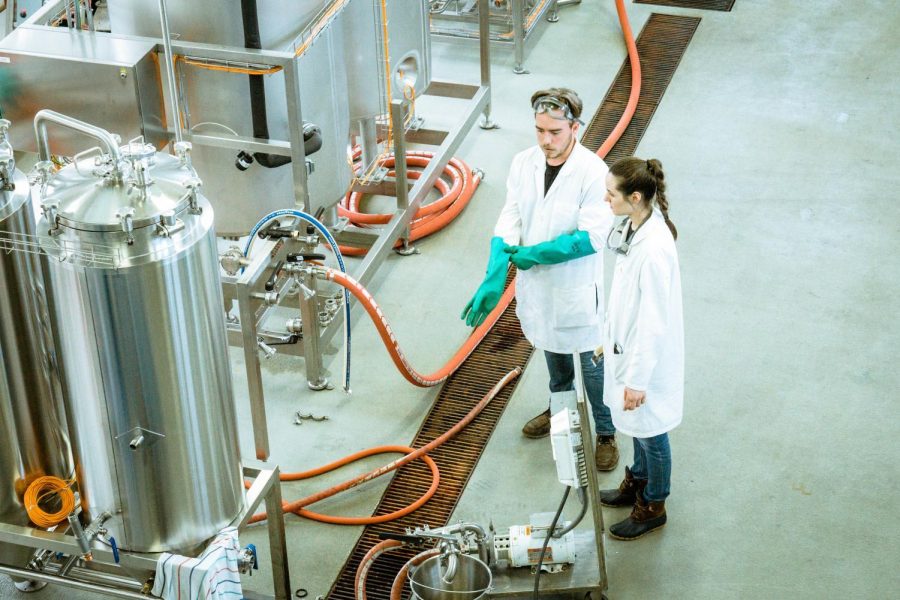 In March, Oregon State University’s new brewery celebrated its first year in operation after being fully upgraded in 2018.

A $1 million donation in 2015 from Carlos Alvarez, chairman and chief executive officer of beer corporation The Gambrinus Company, allowed OSU’s brewery to completely modernize its equipment last year. With increased automation, the equipment is now more similar to those used by larger breweries.

OSU is home to one of the nation’s few fermentation science programs, where students are learning the chemistry behind fermented products, such as beer and wine as well as getting hands-on experience in creating them and working in a brewery.

Thomas Shellhammer is the Nor’Wester Professor of Fermentation science at OSU, an endowed position. According to Shellhammer, the original brewery installed in 1996 was a small “pub-style” brewery. Now, students can learn on  the type of automated equipment that they would find in large-scale breweries.

“We have thoroughly modernized our brewing operations in the last 18 months,” Shellhammer said.

In brewing, grain is mashed to create a liquid, called “wort,” which contains the sugars that will be fermented. According to Shellhammer, all steps of wort production such as milling, mashing, boiling, and oxygenation are now automated.

Another benefit of the upgrades is that they provide a safer setting. The cleaning process is automated, creating a sanitary environment for students as well as faculty working in the brewery.

Upgrades to the brewery are still ongoing, with a more modernized cellar as well as 20 new fermentation tanks currently in the process of being installed.

Jacob Strittholt, a second-year Fermentation Science major, joined the major during fall term. Although Strittholt has mainly taken chemistry, biology and food sanitation courses, he is looking forward to spending more time in OSU’s brewery, with all its new technology.

“I’m really looking forward to a chance to get to work in the brewery, it’s a very nice facility that would be great to learn in,” Strittholt said via email.

Although the Food Science and Technology major dates back to 1918, the fermentation science option was created in 1996. In 2001, there were only two universities in the United States with a brewing focus. According to Shellhammer, the program has three to four times as many students now and three more faculty members.

“That interest mirrors the growth of the craft brewing industry in the US,” Shellhammer said.

With an increased interest in brewing, Shellhammer has seen more students who have misconceptions about the industry.

“It’s not homebrewing, it’s making beer on a commercial, industrial scale,” Shellhamer said. “Every day, day after day. Dealing with the problems that come with trying to keep a brewery running and making the beer consistently high quality.”

Shellhammer said that most students who graduate in the program will go on to work at one of thousands of craft breweries in Oregon. A smaller number of students move out of state to work at large breweries such as Anheuser-Busch that do not exist in Oregon.

According to Strittholt, he hopes to find work locally.

“I’m hoping to work at a local brewery like Block 15 or something similar, but definitely something local. I’d love to actually work on brewing beer but something like brewing analysis and quality control would be great too,” Strittholt said via email.

The major is built on science, with students analyzing beer from a chemical, microbiological, physical, and sensory perspective. Students must also learn about sensory testing of beer such as appearance and aroma. These assessments can help them in the future to determine the quality of materials or potential defects.

“We’re teaching students about the different types of sensory tests that a quality department would use to evaluate changes in raw materials or defects,” Shellhammer said.

In the future, OSU’s brewery is set to continue expanding by moving into a planned fermentation science research center.