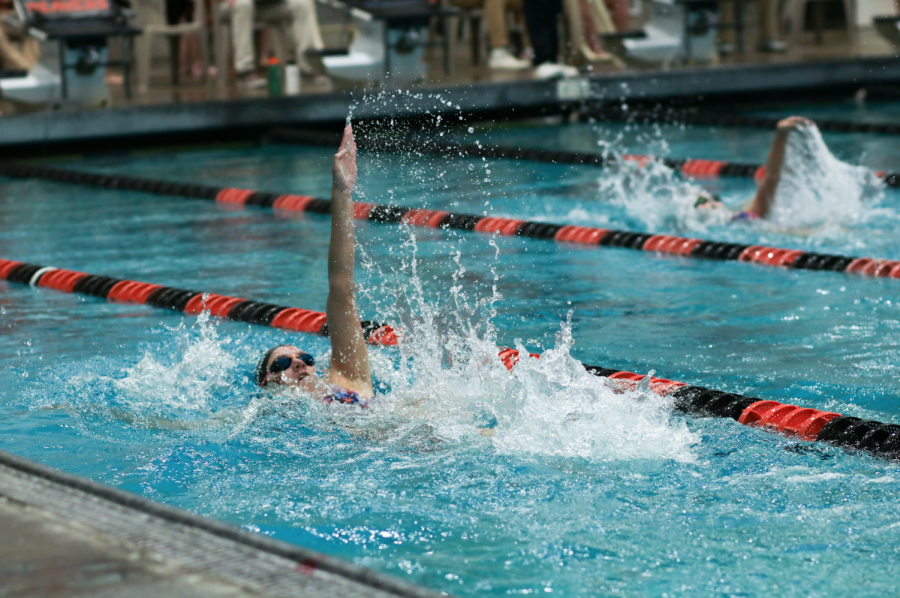 After receiving the news that the women’s swim program would be cut after this current season, players now deal with deciding what is best for their future: ending their swim careers or leaving lives they’ve built in Corvallis to swim at another school.

On March 4, Oregon State University announced through email that the women’s swim program would be cut. Minutes before the email was sent, the players themselves were informed of the decision right after their return from their PAC 12 Championship conference. In the aftermath of the cut, players begin to transition into their new careers at other schools or continue life without their sport.

Returning after a successful PAC 12 championship conference filled with broken team records, personal best times and NCAA qualifications, the women’s swim team was blindsided with the news of the cut of their program, according to Katie Manzione, a first year on the women’s swim team.

“I was completely heartbroken,” Manzione said, “I was incredibly concerned about my future and where I would be going.”

As a freshman, Manzione had a long career ahead of her still. With the cut of her team at OSU, she is faced with deciding between abandoning her degree plan and life at OSU to continue to swim elsewhere or staying at OSU with the friends she has already made.

“I cannot imagine continuing through college without swimming, which leaves me with no other choice but to leave,” Manzione said.

Lauren Yon, first year athlete on the women’s swim team, was disappointed by the manner in which the school handled the announcement.

“In my opinion, it was embarrassing for them. If they were to go through it again, I’d want them to know to do it differently because we were all so badly affected by this,” Yon said.

Yon said she understands that programs do get cut sometimes and that’s the nature of athletics, but the way OSU told the girls was unprofessional and untimely. Yon was able to reconnect with a school she previously considered during her recruitment, Boise State University, and found a place on their team. However, many other young swimmers on the team weren’t able to find a new team as easily due to swim recruitment typically being long completed by this point in the school year.

“The majority of the reason we came to this school was to swim, so having that stripped from us was shocking. Everyone is very confused and don’t know where they’re going,” Yon said.

Madelyn Rainey, second year athlete on the swim team, said that the relationships she built during her time at OSU are what makes the news difficult to hear.

“I can genuinely say all 21 of the girls are my best friends so it’s just heartbreaking,“ Rainey said.

Despite the dissolution of the team, the players get to keep their scholarships and other student-athlete benefits, so Rainey has chosen to remain at OSU as she continues to earn her business degree. As her swim career comes to a much earlier end than she anticipated, Rainey said she’s taking the situation day by day and using the support of her former teammates to transition to life without swimming.

“I think the hardest thing for me is realizing I didn’t get to know that was my last swim meet ever,” Rainey said, “I’ve been swimming since I was five years old and it sucks when you don’t get to write your own conclusion.”

According to Rainey, throughout the season, their team focused on preparing for the unexpected, so the players are all putting that practice to the test.

“We’re getting through it together,” Rainey said.