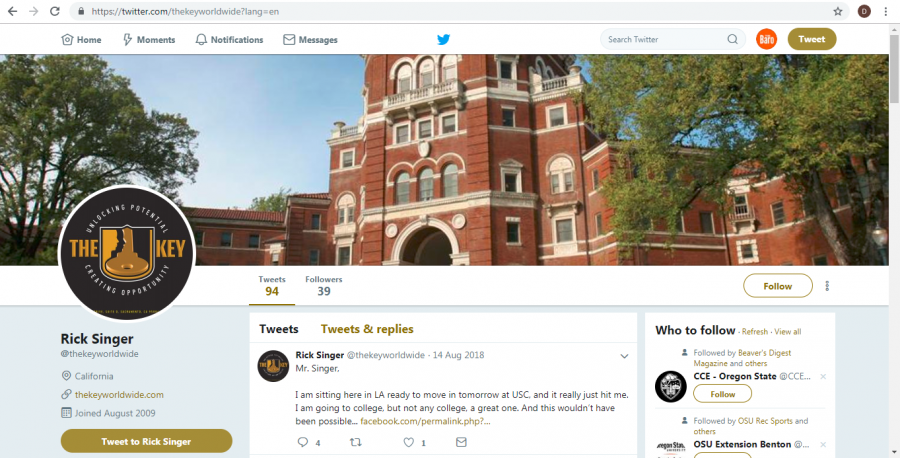 Rick Singer, the man in charge of a university admissions bribery and test fraud scandal, used a photo of Weatherford hall on a Twitter account connected to the illegal scheme.

William Rick Singer pleaded guilty on Tuesday to federal charges including racketeering, accusing him of running a company which would get kids into highly selective colleges for a hefty fee. Singer’s consulting firm, the Edge College & Career Network, and nonprofit foundation The Key Worldwide, served as fronts for conducting his illegal business. Parents hoping to get their child into schools such as Yale and Stanford allegedly paid to have their children’s standardized test scores illicitly boosted or to bribe athletic coaches to mark the students as recruits. Singer’s Twitter account, under the handle @thekeyworldwide, has a cover photo displaying Oregon State University’s own Weatherford Hall.

No officials associated with OSU have been charged at this time.