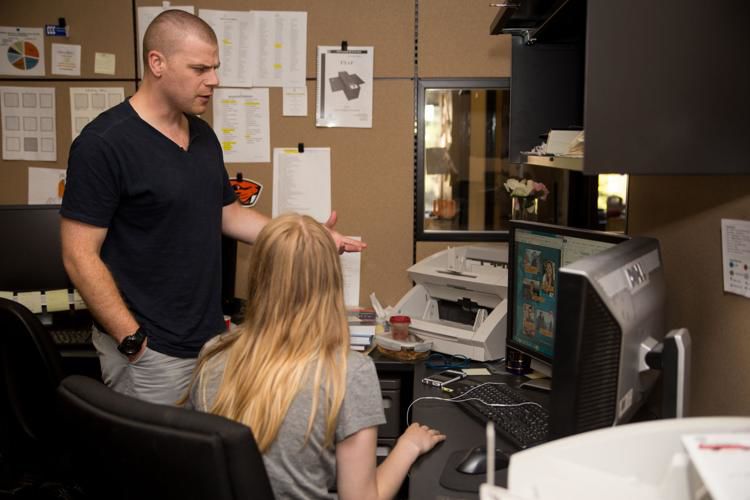 Correction: This story has been updated to correctly reflect Gabriel Merrell’s title and to accurately portray Martha Smith’s and Jarred Berger’s words.

DAS and EOA are on-campus resources for teachers and students needing support or special accommodations. Although much of EOA’s work is focused on physical handicaps, they work with students that have mental handicaps as well, and are hoping to expand the services they offer to those students.

Gabriel Merrell is the director of Access and Affirmative Action and deputy ADA coordinator at OSU, and he spends a lot of his time working through EOA to discuss and fix problems with accessibility and equal opportunity. He believes chair lifts and elevators are extremely important, but there are other things he wants to include as well.

“I would like to move the conversation into topics not often discussed within physical access requirements,” Merrell said. “This includes accessibility for members of the deaf community, those on the autistic spectrum, and those with environmental sensitivities.”

For one OSU student with autism, school can be an isolating place.

Third-year speech communications major, Jarred Berger, first started noticing stigmas around people on the autistic spectrum when he got to OSU.

“I went to a small high school, Philomath, where everybody knew everybody, and everybody knew about my struggles to an extent,” Berger said. “Once starting college, I noticed people not wanting to take the time to understand. People think we are fine without friends, and I think that’s why it’s so hard to maintain friendships for me – all the friendships I’ve had have only lasted around a year or less.”

In the past, Berger has worked with DAS to get accommodations he needs. He was offered multiple accommodations, but having a note taker and getting extra quiz time are the two that he uses most. According to Berger, to take a quiz outside of class, it has to be scheduled online first, and then the test is proctored in a different building. Overall, the setting is quieter, but the quiz is the same and there isn’t additional help.

In some of Berger’s classes, he uses peer note-taking, offered by DAS. At the beginning of the term, there is an email sent out to the entire class stating a student in their class is requesting a note-taker. From there, any students that are interested can contact the instructor for further details on how to sign up.

Berger wants to bring awareness to the challenges and stigmas people on the autistic spectrum face.

“People assume that we don’t have any specific interests. Maybe they’re less common than what other people have, but we all have interests. For example, someone I know on the spectrum likes to ride the MAX trains in Portland for fun, which is seen as unusual to most ‘normal’ people,” Berger said. “People don’t think we need support even though we do. Recently, I’ve been feeling really isolated and I have been trying to build new friendships, and I’m not getting the support I need. It’s hard to live day by day without having interactions with people.”

DAS director, Martha Smith, is confident progress will continue to be made in supporting students with disabilities. EOA’s website states their goal is to facilitate student experience in any way possible, and Smith said there is still plenty to be accomplished.

“There is much to be done and like all issues related to equity and inclusion, we will probably never be done. We continue to work on issues, as does EOA,” Smith said.