Redefining pro-school in the College of Engineering 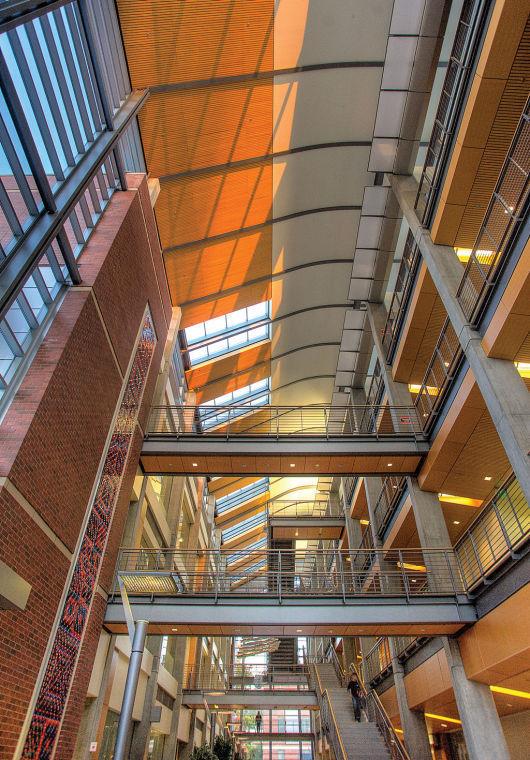 During the Pre-Engineering Town Hall last Wednesday, students were informed of the Oregon State University administration’s decision to eliminate the old pro-school application process from the College of Engineering.

The recent town hall was the first in a series of meetings aiming to explain and further define the new pro-school model. Advisers and leaders in the COE made the decision to end the current pro-school application process due to its lack of consideration to the struggles students face while earning their degrees.

Carlos Jensen, associate dean of the COE, said the old pro-school application process was originally put in place to accommodate for budget cuts and a lack of competition. However, he and others in the program believe this is no longer applicable to the COE of today. Jensen said the current application process is harsh and allows for little wiggle room for students, as it does not accommodate for retaking classes in its tight schedule. Students who need to retake a class for a grade may become a quarter or even a whole school year behind due to the layout and deadlines of the old pro-school application process.

Jensen said the new progression model would allow for students to have the time they need to pass and learn from classes without worry of cramming extra courses into their schedules to keep up with the tight deadlines previously enforced for pro-school. For those who may fall behind or have lacking grades, Jensen said they will now be able to have more significant conversations with their adviser to discuss a plan of action, rather than just having to retake the course as soon as possible to avoid falling behind.

“Instead of having one time filter and transition to model, we can evaluate progress and achievement holistically across everything you’re doing,” Jensen said. “The goal here is for you to spend more time having meaningful conversations with advisers.”

The progression model will allow students to switch into the COE pro-school when they need to begin taking upper level courses. The previous system only allowed students to apply to pro-school at three specific times during the school year, so Jensen said the new model will relieve students of the stress these deadlines previously created.

Once students switch to pro-school, they’ll have to pay an extra $17 per credit. Students in this new model may begin paying this higher tuition earlier than those in the old process, but Jensen said that the driving factor of this change was not money. Instead, the COE wants to offer an easier opportunity for success to students.

Students who choose to opt in for the new model can switch as soon as May 2019 and will then follow the rules of the progression model. The progression model will require students pass 66 percent of their courses, the equivalent of a 2.5 GPA, each quarter to remain in good standing. If students don’t meet this requirement they will be issued a warning, then probation, then suspension should the error be repeated three times in a row. In addition, a requirement of a C or better for a course to count towards a degree will still remain.

While many aspects and minor details of the new model are not defined yet, the COE will continue holding a series of these town halls to further define the model and field questions. Jensen said they are currently planning engineering major specific meetings to explain the impact of the change on each major. The dates and times of these meetings are not final yet and will be announced through online correspondence to pre-engineering students.