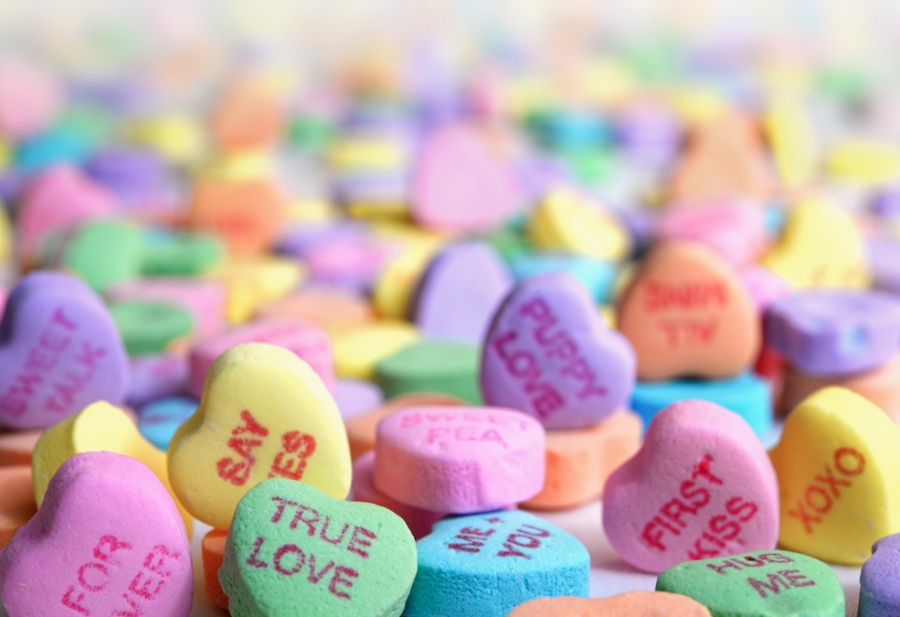 As Oregon State University students begin to shift into study-intensive mode in preparation for midterms, some couples, who met on campus, also have Valentine’s Day to get ready for. For many of these couples, the holiday is an example of they balance they have had to find between school and their relationships.

Busy couples all over campus have found their own ways of balancing packed schedules and a love life.

Kelley Bastin, a second-year microbiology student at OSU, met her boyfriend through school friends during a group hangout. They hit it off right from the start and have been going strong for 9 months, according to Bastin. However, as a microbiology student, Bastin finds herself spread thin between classes, studying and tests. Despite the academic challenges she may face, she says she has been able to find a way to make time for her relationship.

“It was really hard at first,” Bastin said. “We both worked and were taking on a full course load, but we realized that we consistently didn’t have things planned on a couple days of the week, so we decided to make those nights date night and made sure to not plan anything on those days.”

Nick Waite, a third-year chemical engineering student at OSU, said a balance naturally developed within his three and a half year long relationship. The couple met during volunteer work and have made sure to appreciate all their time together since. Waite explains that even completing mundane tasks together can be important bonding time.

“Even if the time we spend together is just doing homework, we always make sure we spend plenty of time together as to not strain our relationship,” Waite said. “We also have an understanding that if one of us has to get something done, if we just give some time, we are able to spend more, less stressed time together.”

Fabi Carrillo, a second-year bioengineering student, also faces a mountain of school work. During her two-year long relationship, she’s found that communication is key to keeping a balance between school and her relationship.

“We balance school and our relationship by having very open communication, We try our best to say exactly what’s on our mind and talking through our issues,” Carrillo said.

As these couples have been able to develop their own methods to keep their attention on both school and their relationships, they’ve already begun planning for Valentine’s Day.

“Instead of going out, we tend to enjoy making dinner instead,” Bastin said. “My boyfriend grew up learning how to cook and has found a passion for it.”

Waite and his girlfriend say they don’t necessarily like Valentine’s Day, but are always willing to take advantage of an opportunity to be together.

“My girlfriend and I will likely be celebrating by a steak dinner,” Waite said. “We aren’t very fond of the Hallmark holiday, but that doesn’t mean we won’t celebrate with a nice night in.”

Carrillo and her boyfriend are also choosing to have a more low-key Valentine’s Day due to their busy schedules.

“We will be celebrating Valentine’s Day by going out to get ice cream and hanging out at my apartment,” Carrillo said.

Although college and work can be time-consuming, these campus couples say they have developed the balance necessary to have strong relationships and make the grades. Even though Valentine’s Day has landed in the middle of midterm season this year, couples are still making time for each other.