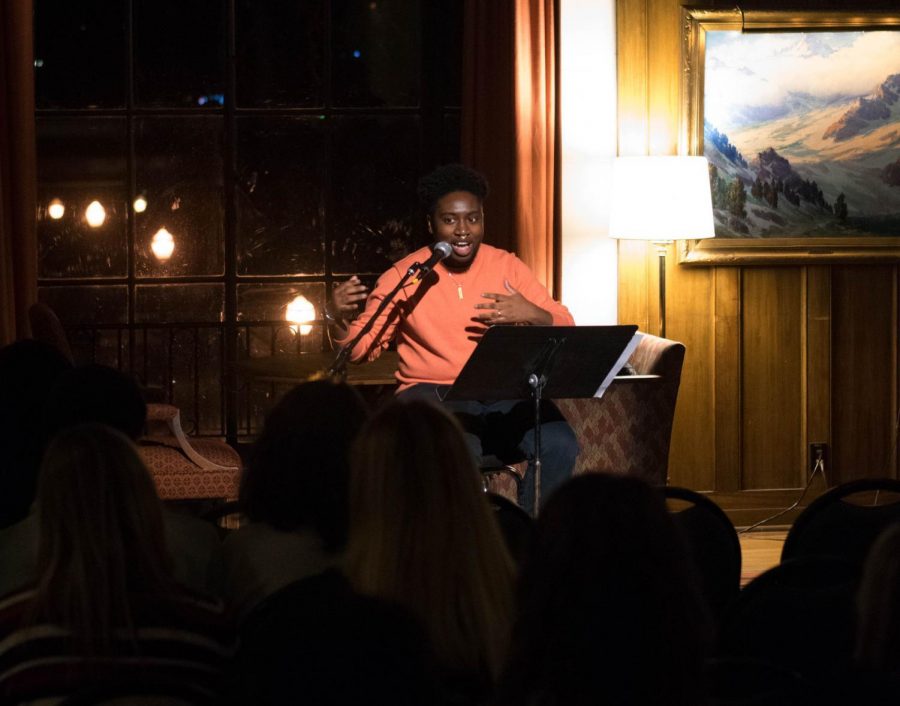 Featuring spoken word poetry and song, Speaking Justice took place on Wednesday in the Memorial Union Lounge as performers sought to answer the question “What justice do you need to speak into the world?”

Part of Oregon State University’s annual Martin Luther King Jr. celebration, Speaking Justice was put on by a partnership between multiple groups across campus. Performers took the stage one after another and spoke their justice. Guest speaker Kavi Ade presented, as well.

The evening’s performances were inspired by MLK’s 1967 speech in which he asks, “Where do we go from here?” Speaking Justice aimed to allow poets to express themselves through poetry, specifically relating to acts of social justice or injustices in America. According to the OSU Institutional Diversity website, the Dr. Martin Luther King Jr. Celebration, of which Speaking Justice is a part of, is the longest running annual event at OSU focused on social justice and transformative change.

Terrance Harris, director of the Lonnie B. Harris Black Cultural Center, said, “The purpose of Speaking Justice is to highlight through poetry expressions of injustices against people of color and other marginalized groups in this country; as well as words of empowerment.”

This year’s guest speaker for Speaking Justice, Kavi Ade, is an activist, arts educator and nationally-recognized spoken word poet of Afro & Indigenous Caribbean descent. Using art as resistance, Ade’s work creates transformative dialogue that aims to combat supremacist powers and heal communities that have been relegated to the margins of society. Through poetry and performance Ade speaks on race, gender, sexuality and social justice, chronicling despair, grasping at hope and exploring the ways a body can learn to survive.

“Currently I’m a full time artist, I tour colleges and universities in North America and share poems and lead workshops on identity and social justice,” Ade said. “Being from marginalized communities, I love being part of events that aim to platform our stories.”

The Speaking Justice event takes place every year and all OSU students, faculty and staff can get involved, as well as local community members. Last Wednesday 12 performers, including students and staff, delivered poems, songs and even a combination of the two.

Indica Stephenson, a fourth-year student studying public health and ethnic studies said, “I’m so proud of everybody that came up here, especially in the very difficult political climate we are in. While OSU is always striving to be diverse and inclusive, that is only to a certain extent. It is really hard to be a student of color and to fight for something that you know is never going to be pushed far enough. It’s empowering and inspiring to see all of the performers speak their truth and have their voice listened to, not just heard.”

Stephenson uses poetry to express herself, and believes that everybody has their own important perspectives to express, as well.

“I have a lot to say and share and poetry is my way of doing that,” Stephenson said. “Tonight, the topic of social justice is very important and everyone has something important to say that so many people need to hear.”