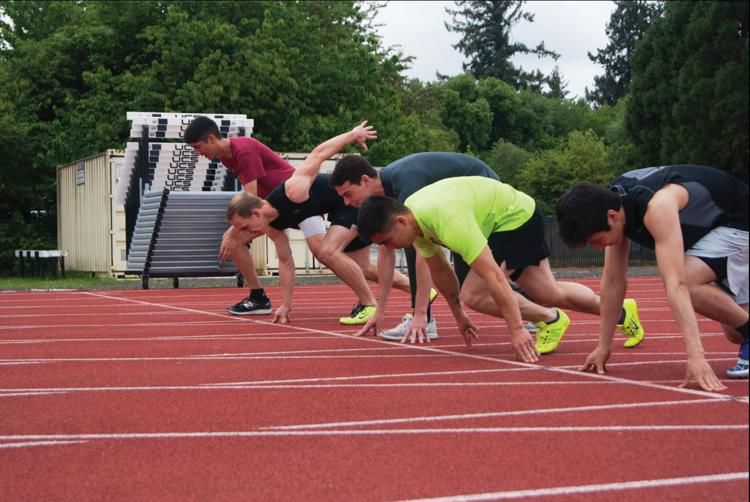 The Department of Recreational Sports at Oregon State University has seen a slight decrease in students participating in intramural sports, but an increase in overall revenue one term after launching their new payment plan and online registration option.

With new methods of student registration and fee changes, staff members of DRS are hoping that the shift has made signing up for intramural sports easier and more accessible for students.

Assistant director of Sports Programs, Joe Shaffer, said although there has been a decrease in student involvement and an increase in overall revenue, the changes cannot wholly be attributed to the changes made towards the payment plan.

“Participation in team sports in general have been decreasing over the years, and not just at OSU, but across the country,” Shaffer said via email. “This was an opportunity to update some of our systems and structures for a better customer experience and align our fee structure with what others are doing in the industry, as well as other programs in Recreational Sports.”

At the beginning of the 2018 fall term, DRS officially launched their new registration program online, featuring a more efficient method of student registration onto teams for intramural sports. According to Shaffer, the changes have increased efficiency for his staff,as all rosters had to be tallied by hand prior to fall term.

“With the paper rosters, we had to enter every student ID number from every roster into our old system. This took hundreds of hours,” Shaffer said via email. “Now everyone can instantaneously join a team online and we no longer have the roster issues that we had in the past.”

Shaffer added that one of the best features on the new website is the free agent feature, allowing a student without a team to sign up as a free agent and be picked up by teams who need players, all online. Tracking participation, recording overall win percentages and collecting virtual trophies for winning championships are other new additions.

Brian Hustoles, Recreational Sports marketing and communications manager, said the switch to an online payment and registration system for intramural sports was well worth it.

“It allows students to easily identify sports of interest, register at their convenience, coordinate rosters and sign-up as a free agent,” Hustoles said via email.

Constance Parker, a fourth-year student studying electrical and computer engineering, has been participating in intramural sports every term since fall of her first year at OSU.

“The online registration is so much better. Last year was a nightmare trying to set teams up because I physically had to get a certain amount of signatures and fill out everyone’s information. Then go into the office to turn it in and pay full price out of my pocket for the team fee,” Parker said via email. “After that, it was annoying to get people to pay me back and it was such a hassle.”

According to Parker, being a team captain is much simpler now that her teammates have to fill out their information once and pay once a term.

“All I have to do is create a team and invite people. They simply have to click “accept invitation” and it’s done, the team is made. No need to pay people back or to fill out paperwork,” Parker said via email.

In addition to the changes introduced last term, DRS switched their payment plan from a team fee to a new $20 all-you-can-play intramural pass for each individual. Shaffer said, people who only play one sport may not see value in it, but he encourages participants to try other activities.

“We have received positive feedback from people who do take advantage of playing in multiple sports and leagues like our single gender and co-rec leagues,” Shaffer said via email. “Also, team managers like it since they no longer have to track down fees from their players.”

Parker, who did several intramural sports last fall, said her participation averaged out to be $1.50 for each team she was on due to her frequent involvement.

“Personally, I think the the pass is great. I have access to do any sport for very cheap, ”Parker said via email. “For all the teams/events, it is well worth it to have a guaranteed place to play and a team to compete against every week for the season.”

With the old pricing of teams and events, Parker said the prices were very dependent on the sport and the number of people on the team to determine how much it would cost.

“$20 is not much. For someone like myself, who plays on at least three team sports a term, I would have to pay more than $20 and that is not even including the one day events that were never worth my money,” Parker said via email.

According to Shaffer, one issue with the payment plan is that groups like fraternities and sororities have to pay for multiple passes, but the online system only allows one payment per account at a time.

Additionally, financial constraints can be aproblem for students wanting to participate.

“We definitely do not want a financial hardship to prevent people from participating, ”Shaffer said via email. “If anyone does need financial assistance, we encourage them to see us in the Sport Programs office in Dixon.”

Individuals can pay with a credit card or charge their student account to take care of the $20 fee. For groups, DRS will be accepting checks to purchase bulk intramural passes from winter term on so captains can distribute them to their players.

“Everything is going as planned. We expected there to be a learning curve for people to get used to the system,” Shaffer said via email.”While we did see some decreased participation in some sports that were expected, we experimented with new sports like our four on four soccer league and that was a huge success.”

Despite the benefits, Parker doesn’t believe that students are taking full advantage of the pass for the unlimited access towards intramural sports.

“The changes I think are great for the average student, though I don’t think students are taking advantage of the pass,” Parker said via email. “It gives the students an opportunity to take a break from school to play sports they enjoy with their friends for a reasonable price.”

According to Hustoles, Recreational Sports has been working on many different programs to help students become more involved overall, such as group fitness and Dam Fit passes, renewing memberships and lockers and making court reservations online.

“While we are still making improvements to this system, we are delighted to make it easier for members to purchase and participate in Rec Sports programs and services,” Hustoles said via email.