OSU not on track to meet 2025 carbon neutral goal 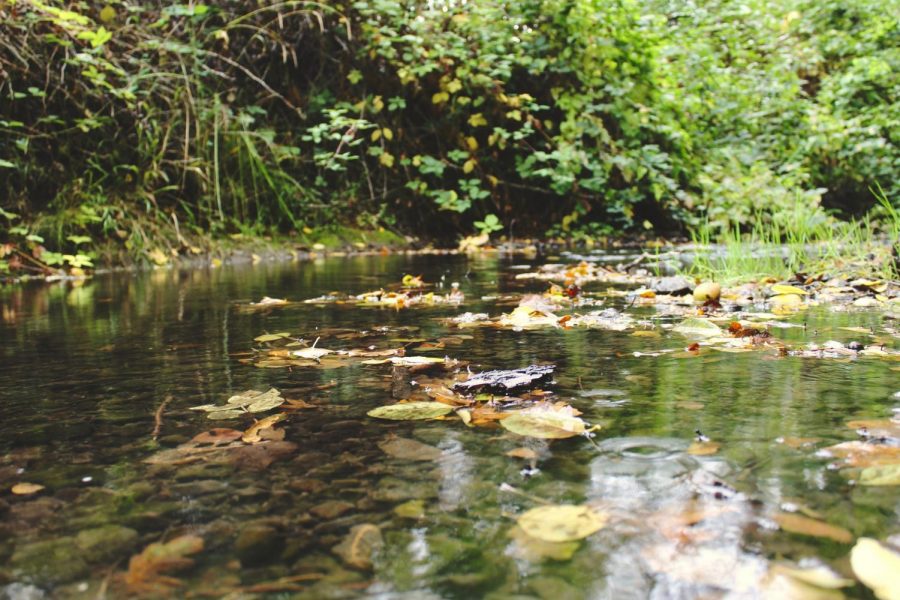 In 2007, Ed Ray, the president of Oregon State University, signed the college onto what was then called the President’s Climate Commitment. Now simply called the Climate commitment, this is a document with around 600 signatories that all made the commitment for their respective colleges and universities to be carbon neutral by 2025. Trelstad said that attaining this goal is unrealistic for OSU for a few reasons.

“In short, no, we are not going to make the goal. We’ve done a lot since we’ve set the goal in 2007 and it’s an incredibly ambitious goal. In absolute terms, and even more when you account for the growth of the school, we have decreased carbon emissions, though,” Trelstad said.

John Gentile is a member of 350 Corvallis, and commented on the importance of figuring out why OSU will not meet its environmental goals.

“Institutions such as OSU and other large public, private, and corporate entities have a huge impact. Understanding why such institutions failed to meet their own goals and then can perhaps do better is informative and important.” Gentile said via email.

One of the reasons OSU will not be making the goal is the size of the school, and how much it has grown in the past years. Since around the year 2000 the school has nearly doubled in size. According to Trelstad, the potential growth of the school was not accounted for in 2007 when the commitment was signed. That doesn’t mean that the school hasn’t made any progress, however.

A steam trap is a device used to discharge condensates and non-condensable gases with a negligible consumption or loss of live steam, meaning that they help to reduce loss of energy and help save on energy costs.

Steve Clark, vice president of university relations and marketing, mentioned another upgrade for the school.

“We have dramatically changed energy consumption on campus. In 2010, we opened the OSU Energy Center, which produces 40 percent of the electricity consumed on the Corvallis campus.” Clark said. “That center is powered by natural gas, which is a cleaner source of fuel and produces fewer greenhouse gas emissions than the coal-fired plants that produce a large share of the electricity that OSU purchases externally.”

Both of these upgrades helped decrease the carbon emissions from the use of electricity, which accounts for around 75 percent of the university’s carbon emissions, according to Trelstad.

An example Trelstad gave of wasting electric energy has to do with heating and cooling. In the hot months of spring and summer, opening a window in a building with a non automated heating and cooling system will cause the air conditioning to keep firing as the cool air flows right out of the window, wasting both energy and money. This same effect occurs during the cold months with a window being opened and warm air flowing out. An automatic heating and cooling system would be able to sense that a window is open and stop pumping hot or cold air into that room, saving on money and energy.

Older buildings, like Waldo Hall, were not originally built with an automatic system, and the university is working on upgrading them, according to Trelstad.

Newer buildings, like the Student Experience Center, were built with this in mind. The SEC has an automatic heating and cooling system as well as a roof completely covered in solar panels. However, these solar panels only account for about five percent of the SECs energy. The other 95 percent must be found elsewhere.

Technological issues like this one regarding the ineffectiveness of solar panels are difficult to address. According to Trelstad, new advancements in renewable technologies may come out very soon, but they also might not. This is difficult to predict and contributes to the university not reaching its original environmental goals.

Most of the other 25 percent of carbon emissions  is caused by transportation, according to Trelstad.

However, decreasing the carbon emissions from transportation is more difficult than decreasing the emissions from electricity due to the fact that changing an individual’s method of transportation is a “behavioral change.” It’s one thing to install hardware that create less carbon emissions, but changing people’s personal behavior is a different challenge, according to Trelstad.

Despite the setbacks, the university has taken action to deal with this issue. In 2016, the Carbon Planning Toolkit was implemented for the entire school. “This is an attempt to have different departments across campus create their own planning process to reduce carbon emissions and document what their contribution is to our goal.” Trelstad said.

Part of the challenge implementing carbon neutral goals is that no one wants to take part in someone else’s planning process. This issue is being addressed with the Carbon Planning Toolkit, according to Trelstad.

“What we’re trying to advocate for now is that departments build into their own strategic plans some sort of carbon reduction goal.” Trelstad said.

This also includes bringing discussion and studies related to carbon neutrality into the curriculum.

“We’re talking about getting climate change and carbon reduction in the curriculum so it’s in the classroom.” Trelstad said. “Our biggest contribution to society could be graduates who go out and get jobs and in their own organizations, reduce carbon emissions. It has this domino effect.”

According to Gentile, the purpose of these environmental goals is “To leave future generations with a world as good or better than we had the privilege to enjoy.”