Students on the Street: Election Edition 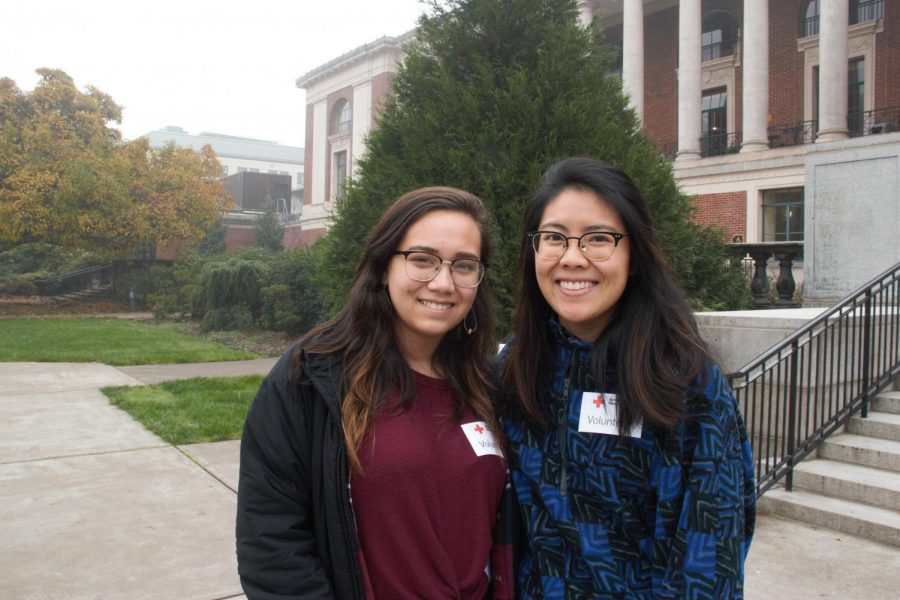 In the wake of the 2018 Midterm Elections, the immediate future of Oregon and national politics were chosen by voters on Tuesday. Incumbent Oregon governor Kate Brown won re-election versus challenger Knute Buehler as the proverbial ‘blue wave’ turned the U.S. House of Representatives towards the favor of Democrats. However, Republicans are projected to maintain a majority in the U.S. Senate.

See how Oregon State University students responded to the outcome of the election.

“It was really rewarding to see all the women in power, especially the women of color,” Tep said. “As an Asian individual myself, it was nice to see how the diversity in America is being reflected in our government.” Tep stated she was glad Measure 105 failed to pass.

“I was really happy with the turnout for Hawaii. All of the Democratic candidates ended up winning, so that was nice to see,” Buasriyottiya said. “With women, it’s very empowering to see.

“I voted through the mail because I wanted to vote for my home state of California,” Egley said. “Based on what I’ve seen so far I’m pretty happy with the results. Voting is important.”

“I voted Democrat, and our candidate won—she beat Dean Heller, who they call the ‘Spineless Senator,’” said Berggren. “It’s pretty good he got kicked out of office. I think he goes back on his word a lot.”

“I’m pumped that Kate Brown won, I was a little worried,” Buckley said. “I was a little disappointed [about Texas], I was hoping Ted Cruz would get kicked out.”

“I’m a Democrat—I voted against (Measure) 106. I think public funding should be available for abortion,” Kathryn said. “Democrats took the House nationally, which I’m happy about.

“Sometimes voting ‘yes’ means voting for something to not happen. It’s more complicated than it needs to be, just tell me what I’m voting for,” Tomasin said.

“The non-partisan voter guide that OSU handed out was really helpful.”

“I voted for Knute Buehler—primarily I voted for him because I just wanted to see a shakeup in the governor’s office, to see if a governor of a different party could do something different,” Giannini said. “But I hope Kate Brown does well, because I want our state to do well.”

On Measure 102: “Affordable housing is especially great for API [Asian and Pacific Islanders] and other minorities in the community. I’ve seen a lot of people struggle—now OSU can make housing affordable, which makes it easy on students”

“It actually does make a difference. I think it’s hard for people to understand, who think, ‘Oh, I’m just one vote,’” Le said. “This year there was a lot more people vocalizing the importance of voting.”

“Being involved with DCE, I had a much better idea of what the measures were,” Stewart said. “Two years ago I didn’t have that centralized knowledge on what to vote for.”

“What’s awesome is that people knew to make voting cool,to put it all over the internet, to turn voting into a fad. It’s a fashion statement essentially.” Stewart said. “It says a lot about human behavior.”