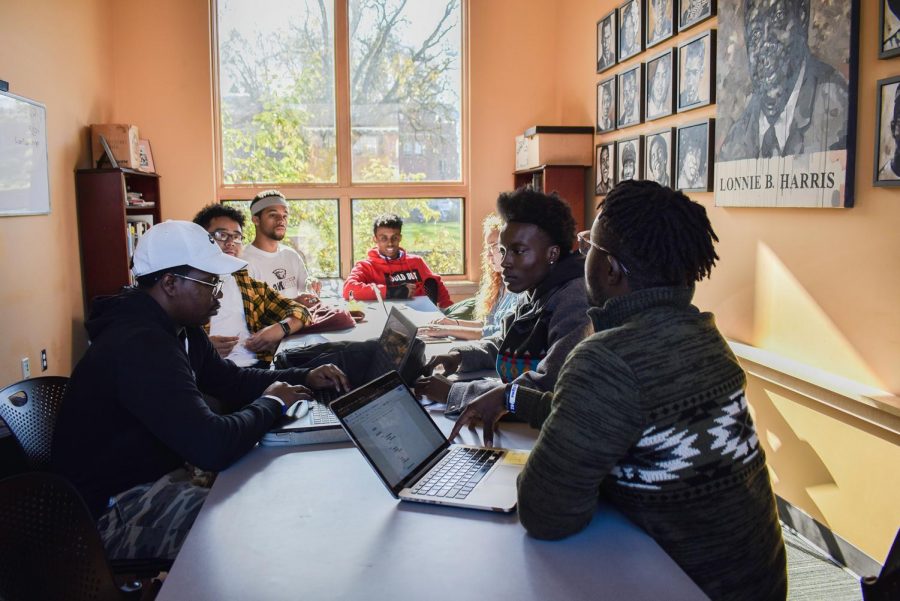 Science, technology, engineering and mathematics students of color who may have experienced the uncomfortable pressure of a classroom full of stares, like engineering student Mar’quis Bryant-Morgan, are taking action to integrate their community.

On a predominately white campus like Oregon State University, there tends to be a lack of significant cultural and racial diversity in the classroom, specifically in STEM fields. Consequently, a number of OSU’s students of color have come together to resurrect a university chapter of the National Society of Black Engineers.

Bryant-Morgan, a fourth-year student studying nuclear science and engineering, is the treasurer of the NSBE chapter and shared his experience as a student of color, emphasizing the importance of NSBE to other African-American students and students of color on campus.

“As I have progressed towards obtaining my degree, I have been nearly the only African-American student in any of my classes. When I walk into class, I receive glances and stares from all over the room,” Bryant-Morgan said. “I believe a group like NSBE has the power to show the OSU community that black engineers are present on this campus, and while our numbers may be small, we strive for academic achievement and find success nonetheless.”

According to the National Society of Black Engineers website, there are over 500 NSBE chapters across the United States and abroad, consisting of 16,000 total members. In fact, NSBE is considered to be one of the largest student governed organizations in the country. OSU’s chapter, which gained newfound traction in the 2016-17 school year, now consists of around 20 students of color from STEM fields, including six members in the chapter’s executive board: president, vice president, treasurer, executive chair, secretary and senate.

Keyshawn Davis, a third-year student studying public health, is a senate member of the chapter’s executive board and states that the organization is a community not limited to black engineers.

“[NSBE] is mostly just for people of color and minorities in STEM fields, to develop a community and bond within that, because we are underrepresented in a lot of places,” Davis said.

The chapter meets weekly, discussing topics from the promotion and marketing of NSBE at OSU, to the planning group activities or fundraisers and even developing their roles as regular or executive members in the organization.

Jordyn McDonald, a second-year studying bioengineering, is the executive chairholder of OSU’s NSBE chapter. McDonald emphasized the importance of NSBE in her transition of moving from Arizona to attend school at OSU. She described the chapter as a family, which has provided her with support and has allowed her to bond with students from similar backgrounds.

“For me, I’m used to diversity,” McDonald said. “If you come from somewhere like that, [NSBE] helps bring what you’re used to together, so you kind of feel like you’re at home in a way. It helps you adjust.”

OSU’s NSBE chapter consists of several committees, including a fundraising committee, which both McDonald and Bryant-Morgan are heavily involved in. Last year, the chapter organized a Fortnite competition to promote NSBE on the OSU campus. This year the members have organized several bake sales, and sells treats at tailgate parties prior to football games, in order to raise community awareness and support for NSBE.

In addition to promoting NSBE, the purpose of the chapter’s fundraising efforts are so members can attend the 45th Annual National Society of Black Engineers National Conference, which will take place in March 2019 in Detroit, Mich. According to NSBE’s website, the convention aims to “enhance participants’ knowledge to enable them to master academia, lead the revolution, explore inner creativity and solve the challenges of industry.”

While focusing primarily on promotion this year, looking forward, OSU’s NSBE chapter also hopes to see an increase in membership, in order to further foster a community for students of color in STEM fields at OSU. Davis emphasized the importance of a group like NSBE to the OSU campus, particularly being a predominately white institution.

“Being a minority in a STEM major can feel isolating, because it’s almost like you don’t see anybody with the same skin tone or same background that you might have. It’s important that they get that get that feeling of community, but also we’re able to connect the dots with internships and things like that,” Davis said. “That’s why it’s important: just to keep retention and to keep bringing diversity into the school. Otherwise we’ll lose that.”