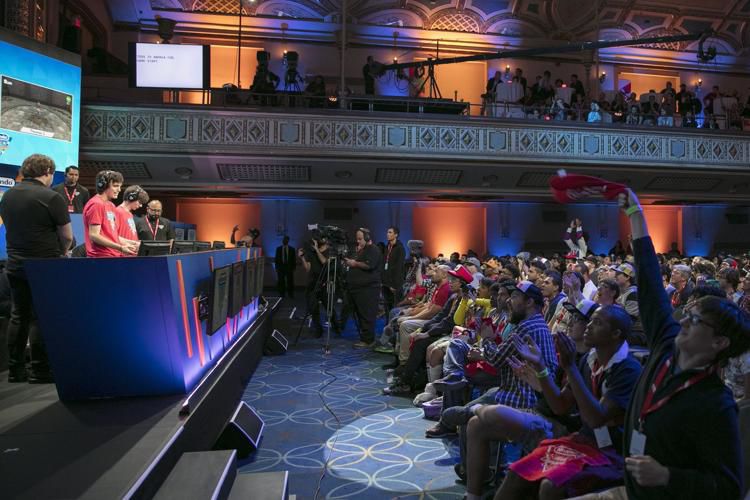 With the rise of esports looming on the horizon, the gaming community has made a push to clean up its image and shift focus onto diversity and acceptance through better communication.

The Oregon State University Gaming Club continues to push for improvement with longstanding issues in the gaming community as many student-gamers clamor for the establishment of esports in the Pac-12 conference. As the fanbase for video games expands, the gaming community has developed a focus on diversity and the creation of a welcoming-atmosphere. By promoting communication and involvement between players, gamers hope to lessen the harassment in online gaming that is so prevalent.

The Pac-12 announced back in 2016 that it will begin supporting esports competitions and the Pacific Alliance of Collegiate gamers; however, as of 2018 the esports league is facing troubles in its development. While there are many reasons why the league hasn’t become official, some believe that the reputation of the video game community may be having a negative impact on the league.

For example, Anne Weaver Hart, the president of University of Arizona, expressed concerns towards the development of an official collegiate esports league due to what she’s seen of the current esports groups on campuses. She believes harassment, sexism and abuse are too prevalent within esports groups and clubs.

OSU still has not taken an official stance on whether it will endorse esports yet. Currently, the school is still collaborating with students to form the club.

“At this point, the University has not taken a stance on esports.  My office is in the early stages of working with students interested in forming a club for these purposes.  When and if we identify barriers to being an official club, we’ll work with those students to see what if anything can be done or adjusted to qualify the group as a club,” Dante Holloway, Coordinator of OSU Clubs and Organizations, said.

One barrier that the future esports club may face is the sexism and harassment that’s been common within online gaming. The unfair treatment has caused unnecessary difficulties for female gamers.

“Sexist and racist comments are pretty common when you play with other players online,” Kennedy Vandel, a former professional Call of Duty player and current second year OSU student, said. “You get used to it over time and it almost feels expected sometimes.”

A questionnaire distributed by Bryter, a research firm, was given to 1,151 women who play online video games regularly. Of this group of women, more than half reported verbal abuse from other players, 40 percent said they received obscene messages and 10 percent were even threatened with rape.

“If you’re a girl, it’s often not even an option talking to other players in a game. If they find out you’re a girl, you may get targeted in the game or get a lot of nasty comments,” Vandel further explained.

A negative environment within online gaming isn’t just limited to women either. Unfortunately, the issues extend towards many other areas including racism and homophobia.

“Almost all major games already have a huge global/diverse fan base; this is despite the fact that a lot of gaming communities are overtly and vocally xenophobic, racist and misogynistic compared to the social norm,” Sibi Kabilan, an OSU graduate and former diversity manager of the OSU Gaming Club, said via email.

Luckily, groups within esports have taken notice of these major issues and are taking steps to improve the online gaming experience for everyone. The OSU Gaming Club has also taken the initiative to promote diversity and acceptance amongst its members.

Kabilan believes that to overcome the culture of harassment that has been prevalent in the gaming community for a long time, players must come together in person rather than online to develop respect for each other.

“The best strategy that I have so far witnessed is just getting people together in LAN tournaments or other events and having them play with each other. There is a certain amount of comradery, respect and empathy people can gain from other gamers by just simply playing together,” Kabilan said.

The Gaming Club, amongst other gaming groups on campus, use social media websites like Facebook to communicate and plan events to build a stronger rapport between OSU gamers. These growing positive relationships between gamers might just be the key to ridding gaming of its poor reputation and giving esports a fighting chance to become an established league.