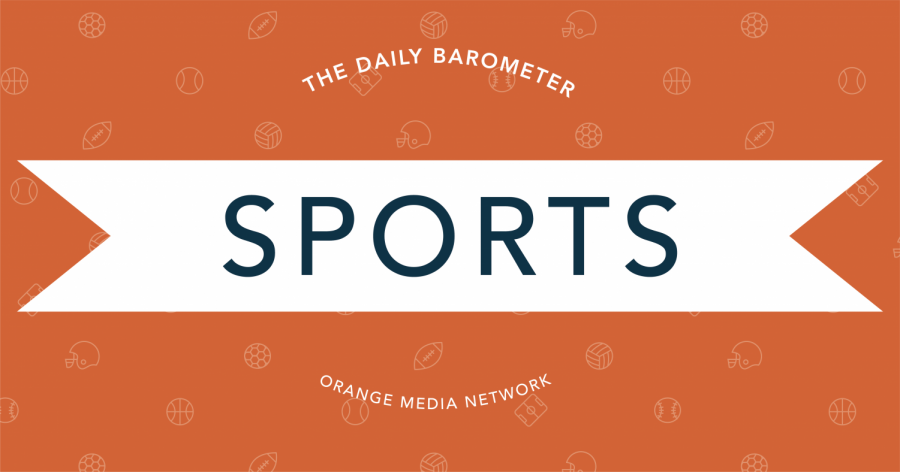 Washington (5-1): Unlike Stanford, Washington was able to take care of business last Saturday by properly handling UCLA 31-24. As we said last week, the Huskies are ready to shoot for the national championship and they prove so by earning wins no matter what the score. Looking forward, the potential Pac-12 championship matchup is coming next week when Washington takes on Oregon in Eugene. If the Huskies want to stay on top, the stellar UW defense will need to show up big.

Oregon (4-1): The Ducks enjoyed their bye week as they watched Stanford get from the comfort of their own home. And not only did the Cardinal take a loss, but UO also gets time to heal and prepare for what could be the game of the year. On Oct. 13, Washington and their powerful defense will be going to Autzen Stadium to take on the dynamic Oregon offense. If the Ducks are able to slow down UW quarterback Jake Browning, they could take the No. 1 spot on our list.

Stanford (4-2): If one thing is for sure, it’s that the Cardinal need running back Bryce Love. We saw it last year against Oregon State and we saw it last weekend. Despite their upsetting loss to Utah, we still think Stanford deserves the No. 2 spot on this list. If quarterback K.J. Costello can avoid the turnovers Stanford could be back on top soon. That being said, they’ve lost their last two games and really shouldn’t have beaten Oregon to begin with. With this bye week, Stanford has some work to do.

Colorado (5-0): Last week we were wondering if Colorado was real and every game they play we lean more towards ‘yes.’ Have you seen CU’s Laviska Shenault Jr.? He scored all four of Colorado’s touchdowns, with two on the ground and two through the air. After handling Arizona State, the Buffaloes will be taking on an up-and-down USC team. In this case, the only undefeated team in the Pac-12 should have no trouble advancing to 6-0 on the year.

Washington State (5-1): After a close first half with Oregon State, the Cougars regained their status and took off for a high-scoring win against the Beavers as expected. Of all the things we could discuss, how about quarterback Gardner Minshew? He threw for five touchdowns against OSU and added to his average of 403.7 yards-per-game. With the best QB in the Pac-12 and an agile backfield, the Cougars will have plenty of time this bye week, to prepare for the Oregon Ducks.

Utah (3-2): How about them Utes! Taking down the nationally ranked Stanford Cardinal in what could be the biggest upset of the year. Not only did they win, but Utah put up 40 points on Stanford’s amazing defense which set their overall record back to positive. All year we’ve been talking about how good Utah running back Zack Moss is, and his 160-yard two-touchdown performance last weekend just sealed the deal. If the Utes ride this wave, they should have no problem against Arizona.

California (3-2): They were nationally ranked for one week, but now California is back on the right side of this page. It’s tough to pin their upsetting loss to Arizona on one specific thing, but let’s talk offense. Allowing two defensive touchdowns to the Arizona defense cost them big. On the other side of things, California quarterback Brandon McIlwain looked amazing on the ground. If the Golden Bears want to regain their top-6 status, avoiding mistakes will be key for winning games.

Arizona State (3-3): What has happened to Arizona State? At one point they were on top of the conference but now they can’t find any momentum to keep winning. What once was a hardcore defense now looks silly because they couldn’t even stop one man buy the name of Laviska Shenault Jr. With no game next weekend, the ASU football team will have some time to refresh their schemes before hosting No. 14 Stanford who most likely won’t allow a second upset.

Arizona (3-3): The Wildcats did a great job last Saturday by taking down the nationally-ranked California Golden Bears. As we mentioned above, the Arizona defense looked really good. Earning two scores off of interceptions is exactly what the Wildcats needed in order to seal a victory. Now that the ball is rolling, there’s no telling how far they can go. However, things will get real interesting next week when the Wildcats go take on red-hot Utah Utes who are fresh off of a huge upset.

USC (3-2): The Trojans sat out on a bye week this weekend which is mainly why they’re in our No. 10 spot. However, let’s talk about their games moving forward. USC will never have to face Washington or Oregon this season, which leads us to believe that they have it easy. It isn’t until their final game of the season where the Trojans host No. 6 Notre Dame, an insanely good team. Next week, USC takes No. 21 Colorado which is a must-win if they want to stay in the championship race.

UCLA (0-5): We’ve said it all year, UCLA just has horrible luck this season. Taking on several nationally ranked teams in a row has left them completely beat down and winless. However, things are starting to look up for the Bruins. Next week they against California which could be the game they turn things around. Additionally, UCLA put up 24 points on Washington’s championship-winning defense. They’re in a rut, but our predictions say UCLA will be a top-8 team in our rankings.

Oregon State (1-5): We all knew this was going to happen at some point. Oregon State has yet to find a conference in two years and the sand is slipping through the hourglass for an upset this season. That being said, there have been some nice improvements on the field as far as offense goes. Freshman running back Jermar Jefferson is a beacon of hope for OSU as they’re already looking towards next season. We’ll see what head coach Jonathan Smith can do on this bye week before taking on California.