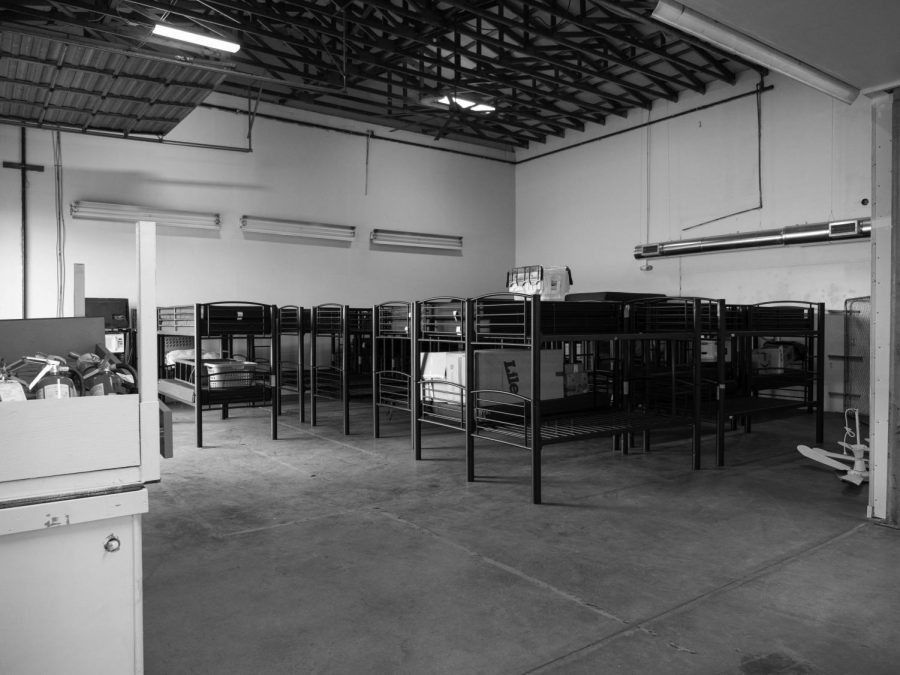 “No student should have to sleep in their car,”  Human Services Resource Center Assistant Director, Nicole Hindes said.

The Oregon State University staff member recalled a conversation with a student experiencing homelessness. The student indicated that she had opted to sleep in her car, not realizing that there were campus resources available to help her. Hindes indicated that the student described the night spent in her car as cold, but otherwise fine. This comment, according to Hindes, has stayed with her and motivates her to keep working to expand the resources available to students experiencing housing insecurity.

In the Corvallis community, the issue of homelessness and housing insecurity is a difficult and sometimes divisive topic, and has been the subject of much public discourse over the past year. The Housing Opportunity Action Council, OSU and other groups have worked to find solutions that work for the whole community.

Defined on the City of Corvallis website, the HOAC is a collaboration between the city and Benton County with the goal of addressing the issues at the root of homelessness and housing insecurity.

Shawn Collins, project manager for HOAC, stated that there are many common factors involved with the increase in homelessness that Benton County and other communities have seen in recent years. Among these, Collins cited a non-livable minimum wage, an increase in housing costs and statewide unemployment rates. Additionally, Collins mentioned issues such as the opioid epidemic and inadequate rehabilitation facilities, stressing that these forces are not as dominant as is often thought.

Following last year’s shelter season, a proposal was made to bring a number of organizations together under one roof to offer more comprehensive resources for the homeless population.  It was proposed that the Stone Soup non-profit organization, the daytime drop-in center and the men’s cold weather shelter, share a space downtown on 2nd Street. City council agreed to follow this plan.

However, a number of business owners located downtown came together to express their concerns with this shelter’s location near businesses.

“I think it’s unfortunate that this has all played out the way it has,” Collins said. “In some ways, what it supports is the idea that lawsuits are an effective way to tell your neighbors what they can and cannot do. And I don’t know that that’s really the message that we need to adopt as a community. We have a city council and county commissioners for a reason, we had public process for a reason, we had multiple meetings that were dedicated to presentations and proposals. We went through all that, and they didn’t like the decision that was made. So they threatened legal action.”

After due public process approved this plan, the assembly of business owners threatened private legal action which forced the HOAC, city council and the services involved to reconsider action. According to Collins, legal action would have demanded a great deal of time, labor and money while adding a tremendous risk, despite the fact that the shelter adhered requirements for process and would likely win.

Ultimately, it was decided that Stone Soup and the daytime drop-in could share the 2nd Street space, but the men’s cold weather shelter would return to the former location in south town, at the Hanson Tire Factory for the duration of the season, Nov. 1 through March 31.

Collins stated, this temporary solution secures the shelter for this season, but he and his colleagues are hopeful that they can come to a longer-term solution that better serves this vulnerable population.

“Who would have suffered the most, would have been the people we were trying to serve,” Collins said. “So we basically said it’s not worth the risk, we literally would not have a shelter in November.”

Housing insecurity and homelessness among students is a concern at OSU as well. According to the Human Services Resource Center website, over 158 students experienced homelessness at some point last year.

“There’s really a whole range of ways that we can come at this challenge, it’s just a matter of balancing some of the costs involved and also some of the political considerations involved,” Hindes said.

This figure, according Hindes, only includes students who reported spending a night in a tent, vehicle or homeless shelter sometime in the last 12 months. Hindes indicated that determining the numbers of students experiencing all levels of housing insecurity—including paying rent late and couch surfing—and then reaching out to these students can be difficult.

The HSRC currently has an emergency housing program available to some students in need of assistance. Through this program, students can apply to live in one of two bedrooms in Sackett Hall reserved for the HSRC every term. The HSRC will pay for a student to stay for up to 28 days in the residence hall, allowing students some time to figure out where to go next.

Although, the restrictions imposed on residents of dorms on campus can make this option inaccessible to some students with children who are not permitted to move into these spaces. Hindes states that the emergency housing program is a pioneer and often imitated or adopted by other universities, and the work by herself and colleagues aims to expand emergency housing options to help more students.

Jill McAllister is the senior minister of Unitarian Universalist Fellowship of Corvallis, a group dedicated to charitable community efforts in the name of justice and equity as well as a fiscal agent of the men’s cold weather shelter.

“We’re looking at what would best serve the needs of our community—which are changing and growing,” McAllister said.

McAllister states that part of this conflict derives from prejudice and harmful stereotypes against homeless people.

“Here are the issues; they can be contentious, there is fear and prejudice, that’s all part of it. But we are a community, and there are people who are vulnerable and even die because they are living on the streets,” McAllister said.

To find out more about these events and resources, visit the Housing Opportunity Action Council website or the OSU Human Services Resource Center website.