Homecoming: Traditions through the years 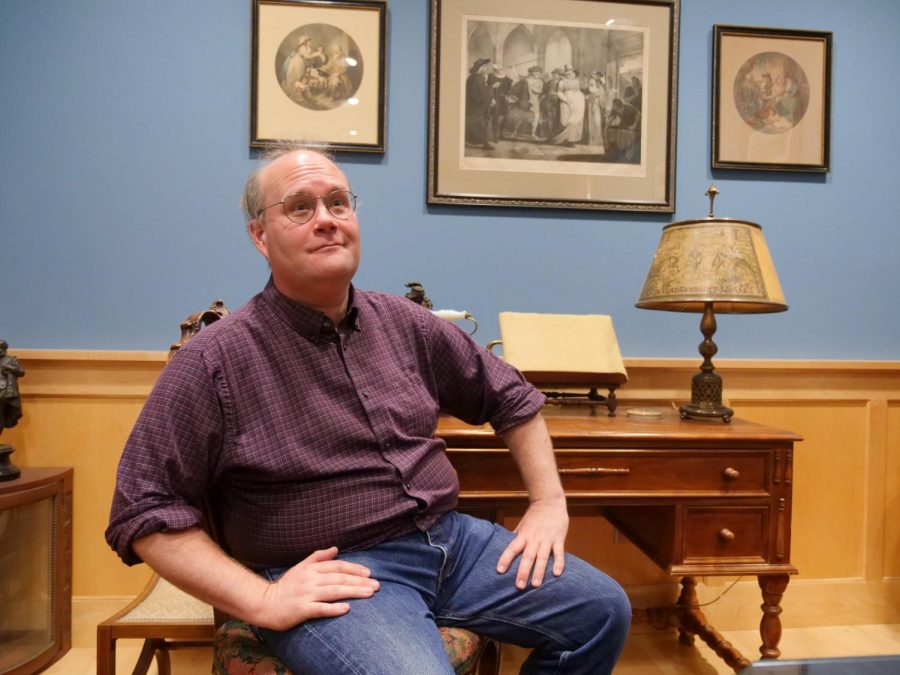 During homecoming week, alumni come back to their school to celebrate the future and honor the past while students get the opportunity to take part in and contribute to the unique history of homecoming at Oregon State University.

In celebration of OSU’s 150th anniversary, looking back at years of history and traditions gives context to the events happening this upcoming week.

Collections archivist, Karl McCreary, talked about the history of homecoming at OSU and how traditions have changed since the first official homecoming in 1916, where the Beavers fought their rivals, the Ducks.

“Homecoming has this certain golden age that I don’t think has passed, but is certainly different today,” McCreary said.

One of the major traditions, according to McCreary, was the homecoming bonfire. During homecoming season, students would throw as much as they could onto large flaming pyres in celebration.

“A lot of students really responded to it as well,” McCreary said. “You can see that in the old bonfires which were 50 feet high. They would take anything they found in town, put it into this one huge massive pile and just light it on fire. That was something that just can’t be done today on that scale.”

During the 50s and 60s, the annual bonfire grew to such a large size that one year, the windows of the Armory were blown out in an explosion caused by the bonfire, as recorded in the centennial homecoming program.

The most recent bonfire was held in 2012, in the parking lot where Tebeau now stands. According to McCreary, the chances of the bonfire returning are low due to increased campus population and safety concerns.

“Honestly, this university is growing so much, the space where you can have a place where you can burn something safely and not have asphalt melt, windows blow out, or have a conflagration,” McCreary said. “If they have it again, they might have to move it out of town.”

The college also held large noise parades, where living groups would compete to make the most sound possible during a large parade down Monroe, said McCreary.

According to the October 1995 issue of the Oregon Stater, the magazine run by the Alumni Association, floats would use air compressors, fire bells, sirens and numerous other instruments to make as much noise as possible.

“It’s one of those things that made appearances, and then was controlled because it was, you know, kind of a nuisance. Noisy,” McCreary said. “If you listen to a recording, you can get an idea of what it was like.”

Another prominent tradition at the university is that fraternity and sorority life groups would annually decorate their front lawns with large, elaborate wooden displays of the competing teams’ mascots fighting, said McCreary.

“There’s a whole tradition of people putting up these amazing wood cutouts of beavers putting the cougar through the meat grinder on their lawns,” McCreary said. “It was a huge thing with greek life. A lot of the houses would have these ‘Go Beavs’ images which were cartoony and a little bit edgy.”

This tradition resonates with alumni, and McCreary said that it’s one of the topics that they are passionate about when talking about past homecomings.

“Alums will have these photos, and will say ‘This is my frat, this is what my frat did for that year,’” McCreary said. “It’s a source of pride, and it’s also kind of funny. Also sometimes gruesome.”

McCreary said that many of these traditions are not prominent today, partially due to the campus culture shifting over time.

“Most people didn’t have phones, period. It was much more of a contact culture,” McCreary said. “If you wanted to do something, you do it in real time. You go to the dances, you go to the homecoming game and you go to the activities. It was something to do, and now there’s a lot to do.”

Spirit week coordinator Lizz Duhn talked about the newer traditions that are being held this year on campus.

“Homecoming this year has been about bettering old traditions and adding new traditions,” Duhn said via email. “We have a weeks’ worth of fun, competitive events for students and student teams to compete in, on top of being able to celebrate our alumni and Beaver athletics.”

This year, registered teams of students will be able to compete in competitions during homecoming week. Events include “Beaver Feud” in the MU on Monday, a potato sack race relay and soda balance competition on Tuesday and an Oreo face and egg race relay on Thursday. There will also be “Name That Song” in the SEC Plaza on Friday and Tug-of-war on Saturday during halftime at Reser, according to Duhn.

On Friday, Olympic athlete Dick Fosbury will be honored with a statue unveiling in front of Dixon Recreation Center. On that same day, OSU athletics will host their Sports Hall of Fame Dinner, said Sanders.

“With this year being OSU’s 150 celebration, it is great to see programming incorporated with and continue through homecoming week,” Sanders said via email. “It is not every day that the university honors an Olympic Track athlete – Dick Fosbury’s dedication is truly something

“The Homecoming Court is a group of students selected based on their leadership qualities, spirit, integrity and achievement have also been a part of the homecoming planning and are assisting with a variety of events,” Sanders said via email. “They will be honored on the field during the homecoming game on Oct. 20.”

According to an announcement on the OSU Twitter, the football team will be wearing the Retro Benny logo on their helmets during the homecoming game against California on the Saturday in celebration of the school’s history. The game will be opened with the national anthem sung by the Oregon State Meistersingers.