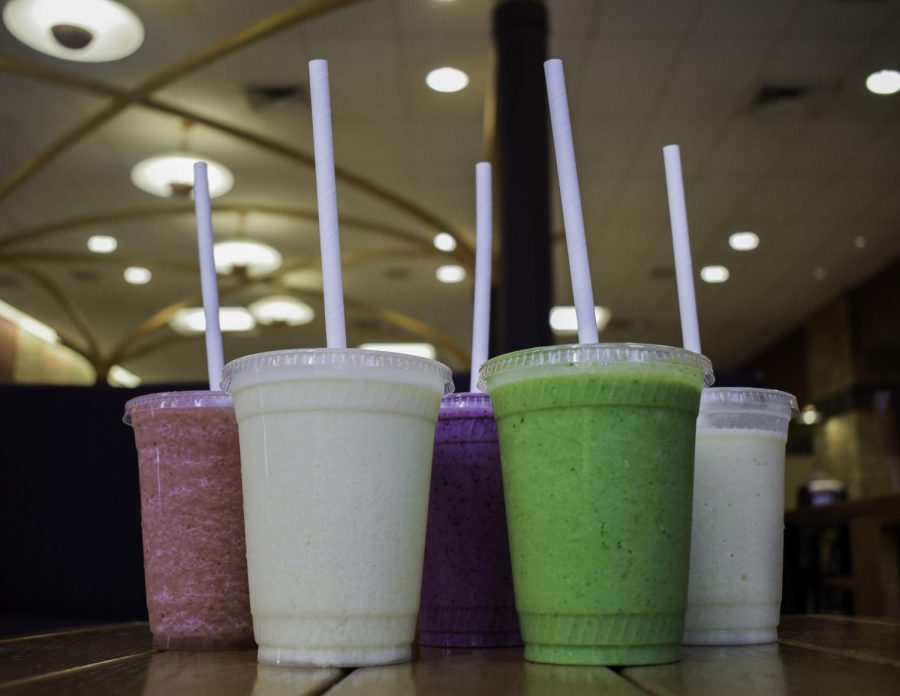 Due to student and staff initiatives, OSU is beginning to convert to paper straws in all restaurants on campus.

ASOSU Coordinator of Environmental Affairs Zac Pinard, said after taking his position last year, he began to focus on more institutional changes within OSU that students had more direct power over.

“There are a lot of different types of environmental initiatives to take on, one of those being reducing plastic disposable waste,” Pinard said. “Spring term, I began to plan environmental council meetings, which is a fantastic way to have a casual but meaningful conversation with other environmentally focused students, and eliminating plastic straws was one of the many things that came up in these meetings.”

Pinard said over the summer he was able to connect with The Last Dam Straw team and University Housing and Dining Services to help implement the new change. UHDS, already considering paper straws, found that it would be cost neutral to make the switch.

“Ultimately there is a very small cost variation between the paper straws we use now and the PLA straws we have used the last several years, but our newest current selection eliminates future ocean or landfill plastic waste,” Anderson said in an email.

UHDS is responding to a national trend on plastic straws while supporting the voices of students at OSU who want to improve their campus Anderson said.

“During spring term, two students contacted UHDS concerning a class project they were working on which has since turned into a campaign through ASOSU, The Last Dam Straw.  These students contacted us because of our efforts to reduce our environmental impact through other initiatives, such as the Eco2Go reusable container program,” Anderson said. “Their outreach and passion helped inspire the department to make a switch that had been on the horizon for some time.”

“Katy is studying plastic waste in the ocean for her graduate research and came up with the idea to focus on interpretive material relating to reducing plastic waste, specifically eliminating the plastic straw,” Preston said in an email.

Together they found that focusing on the plastic straw would be a reasonable change students could make toward reducing plastic waste in their everyday lives.

“I would say that paper straws are a kind of intermediary step for straw users,” Preston said via email. “By this, I mean that it provides a straw alternative that decomposes much faster than plastic once disposed. It also draws student’s attention in the spot where they normally would grab a plastic straw, there is now this ‘other’ straw, which hopefully will get them to pause to think about their usage. However, for some people, using a straw is not a choice, but a necessity, so paper straws are always available as an alternative to plastic.”

Preston said she understands the switch will be a big change for some students but hope they will understand why the switch is happening and why it is important.

“Last year, the OSU campus ordered over half a million plastic straws,” Preston said in an email. “Plastic straws are made from fossil fuels and are not recyclable. They create litter that lasts in the environment or on campus for centuries. By making a simple switch to paper or encouraging students to choose not to use a straw, unless necessary, can make a big difference and could expose students to other small, yet impactful changes they can make to reduce their plastic waste.”

Culture on OSU’s campus is shifting and becoming more conscious of waste reduction Preston said. Groups and individual students are starting to become aware of this change and want their community to be part of it.

Pinard said this change is something that is a perfect example of how OSU listens to their students as well as care about what they are passionate about.

“This is only the beginning. There are still problems with disposable plastic in terms of cups and packaging that students can additionally keep pushing for,” Pinard said.  “Plastic straws is a good starting place but students and our generation have a responsibility to step up and push it further to eliminate this disposable lifestyle we created.”