Club founder thinks ‘the world is ready’ for VR tech 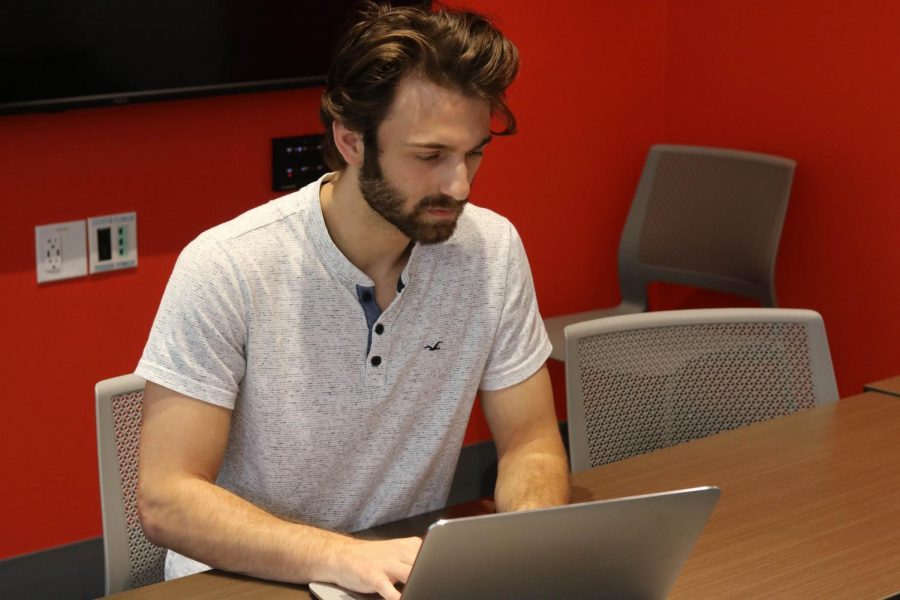 Oregon State University is one of the few universities with a virtual reality and augmented reality club on campus.

Virtual reality is a technology that allows the user to be completely immersed into another environment with the use of a headset. Augmented reality overlays images onto the real world that is being viewed through a screen according to the co-founder of the VR and AR club, Conor Wolfin.

VR operates with a headset that transfers data to base station sensors surrounding the playing area. The base stations send out infrared light to the headset so it is able to transmit data back to the computer to determine location Wolfin said.

“Imagine doing surgery, it can be seen on a 2-D screen or students can be in the surgery with VR practicing the techniques and using the tools that they will end up really using,” Wolfin said. “I think the world is ready.”

Co-founder Rushil Vora, said VR and AR are valuable technologies that will benefit lives in the future, and this club allows students to do that individually or on a team. Last year students worked on a philosophical game where the user had to make decisions for a virtual city.

“You have a train coming and there is a lever,  there is 10 people on one side and a baby on the other, and you need to choose where the train goes,” Vora said. “On your phone, it would augment a scene in front of you, on a flat surface in the real world.”

Jonah Lovell, third-year studying digital communications arts said VR is another type of art form away from video and images. He is currently working on a first-person thriller mystery narrative for VR.

“VR is the most interesting media to produce because it has everything in it. With any VR experience you will have 3-D things, 2-D images, sound and video,” Lovell said. Everything is in there making it more fun to work on.”

Wolfin said the technology became popular in the 1990’s with rudimentary applications and games since the computing power had not caught up with the ideas that users had.

“Back then it was used for architecture. They would use AR goggles to roughly display sketches, moving around in these clunky devices and seeing structures that aren’t really there,” Wolfin said.” Now that the computing has caught up to the ideas things that were impossible then are really possible now.”

There is a place for everyone in the VR and AR club as long as you are interested in the technology, Lovell said.

Wolfin said the club is currently looking for underclassmen that are interested in becoming leaders, passionate about the technology and will help the club grow. All majors are welcome and no experience is needed.

“There are a lot of people that think they need to know how to code,” Wolfin said. “We don’t just need coders, we need management, developers and 3-D artists. We can never have enough artists for VR and AR display because you have to create those environments somehow.”

The VR and AR club meets every Wednesday 7 – 9 p.m. in the visualization lab in Room 100 A in Snell Hall. Contact Rushil Vora and Conor Wolfin at [email protected] with membership questions.