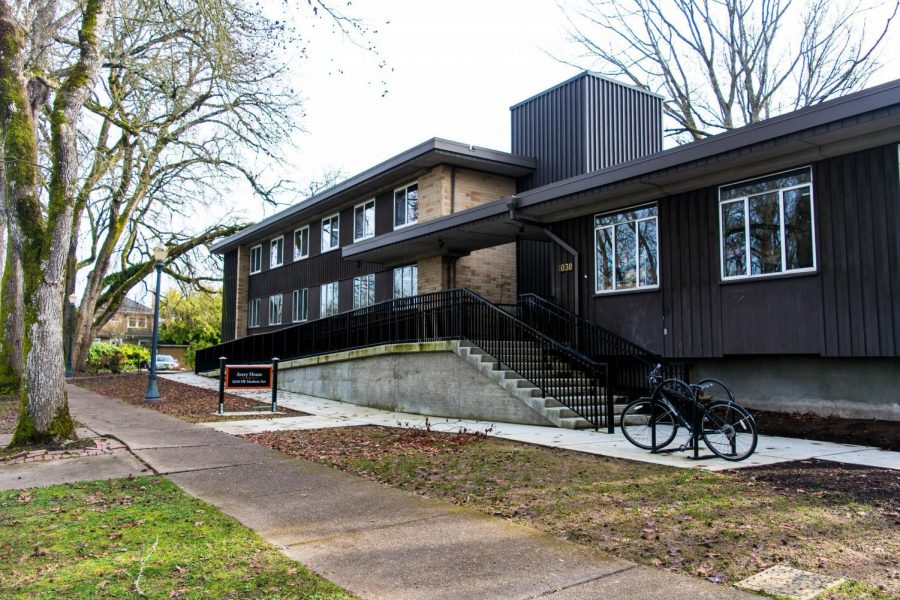 According to a press release from Ray on July 30, the OSU administration emphasized the importance of collaboration and community input during this time of reflection.

“The names of buildings and places play a very important role in our university. They speak to the history of OSU, the university’s values and mission and our efforts to create an inclusive community for all,” Ray said in the press release. “Names also recognize and honor the positive contributions of those associated with the university.”

Steve Clark, OSU’s vice president for university relations and marketing and chair of the Architectural Naming Committee, said there are no plans for similar initiatives on the horizon, but the university hopes to continue to engage the OSU community with exhibits devoted to the updated namesakes in each of the renamed buildings.

“Next, we will begin a process to display within each building lobby the history of these three buildings and their namesakes,” Clark said in an email. “By doing so we will inform the OSU community of the past, including past times that were challenging and not reflective of the university’s values today.”

According to Joseph Orosco, a professor of philosophy and co-chair of the Building and Place Names Renaming Committee, reflection on building namesakes began about two years ago, shortly after similar questions arose in communities across the country. When some members of the OSU community began expressing concerns about the history associated with the names of certain campus buildings, the OSU administration decided these concerns warranted further action.

Former Champinefu Lodge namesake Joseph C. Avery had connections to The Occidental Messenger newspaper, which publicly advocated for slavery, according to the Building and Place Name webpage. Additionally, Thomas Hart Benton, for whom Community Hall and the Hattie Redmond Women and Gender Center were originally named, was a known white supremacist.

OSU is not alone among universities in re-examining historical ties to white supremacy, Orosco said. However, the process developed by OSU to take action on these concerns is unlike any other undertaken by communities across the country. Orosco indicated that other universities and cities have made similar decisions with far less community reflection and involvement. The OSU administration worked to engage the public in a way that cultivated greater togetherness, rather than pitting people against each other.

“We’re surrounded by the violence of this history,” Orosco said. “OSU stepped into the middle of this intensely heated debate, and we came out with a process focused on discussion, debate and listening.”

The first phase was devoted to deciding which buildings would be renamed. This involved open discussions with members of the community, compiling detailed reports about each building’s name and history and forming the Building and Place Names Renaming Committee.

Once it was decided that these three buildings were to be renamed, the second phase of the process focused on selecting new names. According to Larry Landis, director of Special Collections and Archive Research and co-chair of the Building and Place Names Renaming Committee, this phase involved additional public meetings as well as communication between sub-committees.

In selecting the new names, Ray sought to acknowledge individuals and communities that had previously gone unacknowledged, including Native Americans, according to the press release.

The name Champinefu means “at the place of the blue elderberry” in the language of the local Calapooia tribe, according to the press release. This name was selected with the help of Siletz tribal leaders and Native American linguists and historians. The Confederated Tribes of Siletz Indians is a group of northwest indigenous tribes including the Calapooia.

“I especially appreciate Champinefu as the new name for Avery Lodge, as OSU has been deficient in recognizing the indigenous communities on whose lands our campuses have been built,” Landis said in an email.

Community Hall, according to Landis, was named to honor Corvallis residents who, in the late 19th century, contributed enough money to finance the acquisition of what is now lower campus and the construction of Community Hall itself.

“These were both significant acts of philanthropy. Had they not happened, the land grant designation would likely have been removed from us and bestowed upon another institution,” Landis said via email. “OSU as we know it today would not exist.”

The Hattie Redmond Women and Gender Center honors Hattie Redmond, a leader in the Oregon movement for women’s suffrage during the early 20th century. Redmond’s work is credited with laying the foundation for the subsequent civil rights movement in Oregon. According to Orosco, this new name reflects the purpose of the space.

Whitney Archer, director of the Hattie Redmond Women and Gender Center, expressed excitement at the prospect of increased visibility and a more immediately inclusive mission.

Moving forward, Archer hopes that this change will help more students find and feel welcomed by the center. The building houses programs such as AYA, a group devoted to supporting women of color, and holds events related to Sexual Assault Awareness Month. It also offers volunteer opportunities for students passionate about feminism.

“We can be a source of relationships and community for people,” Archer said. “If building community was easy, we’d all be doing it all the time. Community is hard work.”