The Daily Barometer • May 3, 2021 • https://dailybaro.orangemedianetwork.com/638/opinion/lecocq-searching-for-college-roommates-remotely-is-a-struggle/

LeCocq: Searching for college roommates remotely is a struggle 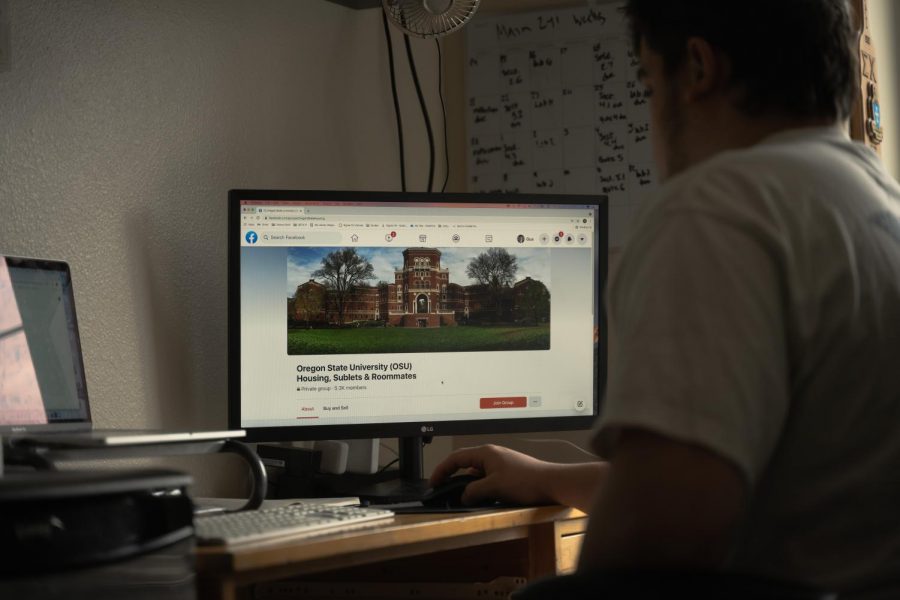 For a college student, traditional ways of meeting friends and making connections  have gone out the window due to the past year’s remote reality, leaving the search for housing and roommates a challenge.

I would never have imagined that my first year of college would be void of the large club fairs, packed lecture halls and bustling sidewalks. As we all know, the plans and expectations of many first-year students have drastically changed.

Housing can be the biggest elephant in the room when it comes to college students’ plans for the first year out of the dorms.

The typical booming social scenes of a residence hall has been replaced by half-filled buildings and  restrictions on how many people can gather in common areas. This abnormal environment where some students lack even one roommate, coupled with remote instruction, has caused many to grapple with the difficult questions of where and who they will live with next school year.

One Oregon State University first-year student Cierah Clay, who is majoring in education and psychology, did not arrive on the OSU campus in Corvallis, Ore. until this spring.

“Meeting people is just super hard. Even with Zoom classes, it’s not like you can pull people to the side after and say hi [and] you are not actually sitting next to them so you cannot meet people that easily,”  Clay said.

During fall term when I myself had opted to stay home, I jumped at any opportunity to meet people and make connections to a campus I was not physically at.

When arriving in Corvallis for winter term however, my hopes of meeting up with those I had met during various Zoom classes in the term prior were quickly defeated. The lack of any real connection with those I had met paired with the widespread hesitation to gather in person made me, as Clay said, realize that meeting people this year would be more difficult than I had thought.

Another first-year student, Arihana Wallace, who is majoring in kinesiology and has opted to continue her education remotely for the entirety of her first year, said “I had imagined after [the] first year that I would’ve had the chance to make some friends and then likely find an apartment and room with them. COVID-19 and remote courses definitely made that plan practically unattainable.”

While Clay and Wallace’s journey to find housing is true for many first-year OSU students looking to move off-campus, it is one that greatly differs from fourth-year student and bioengineering major Fabiola Carrillo’s first time searching for off-campus housing in Corvallis.

After choosing to find housing again with her residence hall roommates, Carrillo had to search for someone to fill the fourth spot in their apartment. Filling that last spot came from one of her fellow roommate’s participation in an on-campus club and finding someone who clicked with all of them.

“Definitely the biggest aid was in knowing someone, having friends of friends so we could make this little apartment where we could all be friends, but in terms of how that would have worked out now in a remote sense, it would have been a little difficult,” Carrillo said.

For the majority of this academic year, remote students such as Wallace and Clay , have struggled to make these kinds of connections to OSU and their peers,especially lacking any current college roommates to make future housing plans with.

Personally I can attest to the drain and unnerving feeling that the remote housing search causes, where students are expected to simply figure these things out, often for the first time. We have to plan for the not so far off future while also being attentive to the present in hopes of finding that ideal group of people to live with. As if the social component was not enough of a stressor, lacking the ability to physically visit the space you are expected to pay good money for and call home adds a whole new layer of hesitation.

“Although I have joined [clubs] to try and get more “face-to-face” interactions this year,which [is] better than nothing, it still doesn’t quite replace the on-campus experience,” Wallace said.

As a substitute for these more traditional ways of connecting with peers, some students have shifted focus to utilize what has kept them connected thus far: social media. “There are unconventional ways of finding roommates, there is the kind of big one of Craigslist or Facebook and different groups of students looking for roommates.” Carrillo said. “I myself have fellow coworkers and [know] other students who are just posting ads on their social media and having the courage to respond to those or, if you are the one looking for roommates, to put the ad out on your social media just to make those connections first and foremost.”

Through using social media the initial awkwardness of meeting someone for the first time is partially removed. You are able to get a feel for the person and identify common interests just by their profile, allowing someone, such as myself, to not only meet others but find people I would feel comfortable living with.

According to Clay, using social media is exactly how she secured her housing for next year.

“It was pretty stressful till I got here and finally found roommates to live with and [the stress] was easily lifted after finding housing for fall of 2021… the biggest aid in finding a roommate was definitely Instagram,” Clay said.

While we all have become accustomed to being resourceful and opportunistic this past year, looking ahead to the future provides its own stresses and challenges. Without the aid of social media to reach out to a large number of people at once, the idea of finding a roommate now is just as Wallace had said, “practically unattainable.”

After reflecting back on her experiences, Carrillo said,“My advice would be to ask tough questions; you want to make sure you are going to be in a housing situation that is comfortable for everyone, and being able to ask questions about lifestyle choices and what not is something that needs to happen in order for a comfortable situation to arise. Ask questions but that being said, don’t be afraid to set boundaries.”