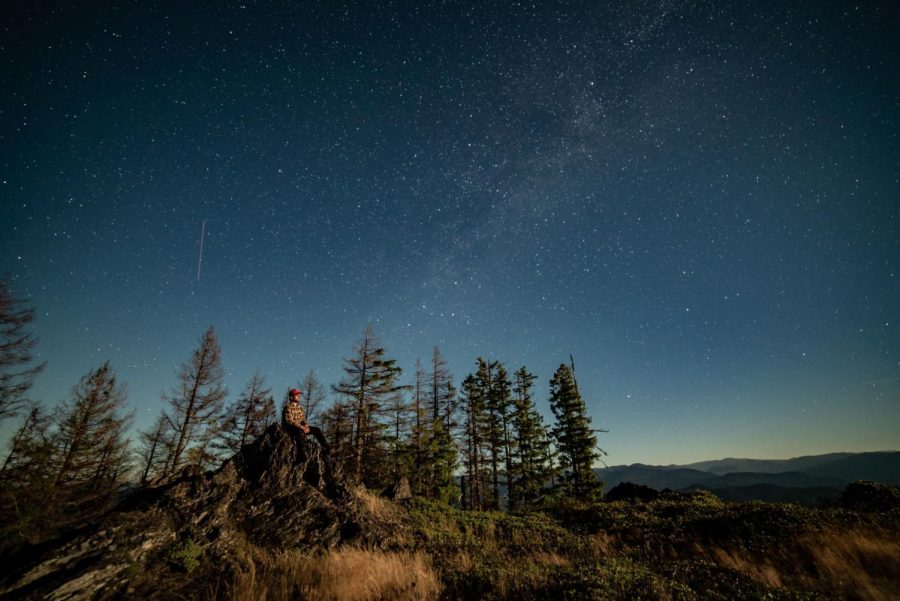 Students, community members can view the Perseids celestial event in Corvallis between July 13 and August 28

According to the American Meteor Society 2018 meteor shower calendar, the popular Perseids meteor shower will be active from July 13 to August 28. This shower can be best viewed in the northern hemisphere, including the Oregon State University area, and will reach its peak the night of August 11.

Davide Lazzati, an associate professor of physics at OSU, said there are a dozen well-identified meteor showers every year.

“The Perseids, those we see in late July and early August are just one of the showers,” Lazzati said via email. “The reason why the showers only last a few days or weeks is that a shower is caused by the fact that Earth is going through a particularly ‘dusty’ region in its motion around the sun. Dusty regions are typically caused by the passage of a comet many years ago.”

According to Lazzati, a large number of solid particles are pulled into Earth’s atmosphere by its gravity during a meteor shower.

“The solid particles have a range of sizes from a sand grain to a few millimeters across,” Lazzati said in an email. “They are heated by friction with the atmosphere and radiate as a consequence. Most of the particles disintegrate in the high atmosphere and never reach the ground. Only those of at least several inches across reach the surface, but this is very rare.”

“For comparison, during the 1833 Leonid meteor shower, when Earth passed through the tail of the Comet 55P/Tempel-Tuttle, meteors fell at a rate of 200,000/hour into the atmosphere,” Milstein said via email. “Newspapers reported the night sky looked as if a fireworks display was taking place.”

According to Milstein, meteor showers are named for the region of the sky the meteors appear to radiate from.

“While the upcoming Perseid meteor shower comes from the Earth passing through the suspended dust trail of the Comet 109P/Swift-Tuttle. The meteors appear to radiate from the constellation Perseus,” Milstein said via email.

According to Milstein, different elements in the meteor particles cause them to glow bright colors at temperatures reached during atmospheric entry.

For those interested in viewing the celestial spectacle, Lazzati suggests they go to a dark spot on a clear night and be patient.

“When you go out to view the meteor shower, while you will see meteors in any zone of the night sky, look toward the constellation the meteors appear to be radiating from: the Perseids – Perseus; the Leonids – Leo; the Geminids – Gemini,” Milstein said via email.

Patrick Rollens, the public information officer for the city of Corvallis said it is important to be vigilant and aware of your surroundings when you go out at night.

“Corvallis is a very safe and secure city, so the risk of becoming a victim is low. But it’s always a good idea to tell a friend when you’re venturing out at night or heading somewhere new,” Rollens said via email. “Most crime in Corvallis is property crime, so don’t be a tempting target. Lock your car and keep any valuables out of sight.”

According to Rollens, the best stargazing takes place outside of town, away from light pollution.

“Here in Corvallis it’s important to keep in mind that city parks close at 10 p.m., and overnight camping isn’t allowed,” Rollens said via email. “Likewise, parks and natural areas in Benton County close at dusk, so they probably aren’t a good option for stargazing.”

If someone is venturing out into the countryside, Rollens warns to be aware that cell coverage may be spotty in more rural areas.

“A good, old-fashioned map may be more useful than a smartphone,” Rollens said via email. “Avoid trespassing on private property without permission—even though it may look like an empty field, it’s probably someone’s farmland.”