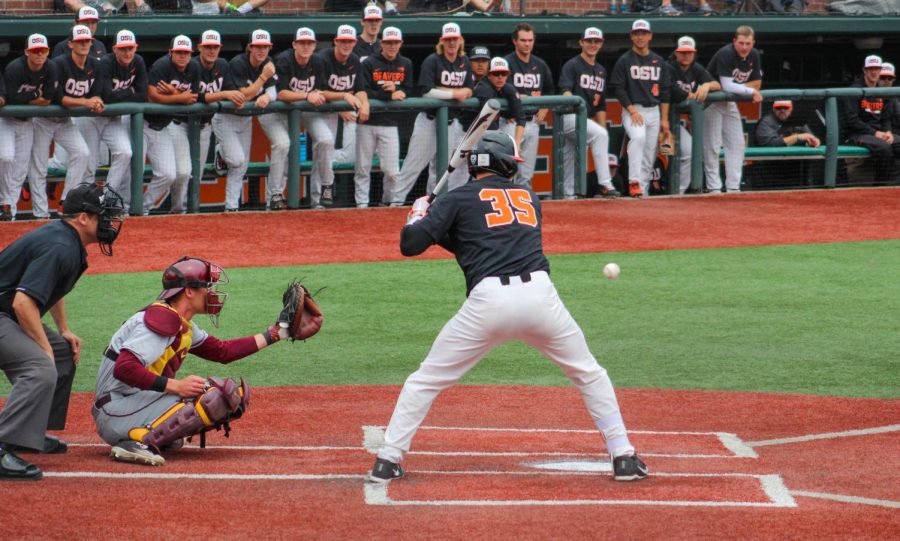 Oregon State became the 2018 College World Series champions after shutting out the Arkansas Razorbacks on Thursday in a winner-take-all matchup.

Sophomore catcher Adley Rutschman was named the Most Outstanding Player after breaking the CWS record for hits by tallying up 17 of his own.

On 129 pitches, freshman pitcher Kevin Abel had 10 strikeouts and retired 20 straight batters to finish the game en route to a shut out. Abel allowed only two hits on the game.

OSU’s championship clinching performance came off the heels of a 9th inning comeback in Game 2 of the series. The Beavers rallied back from a 3-2 deficit and eventually took the lead after a two-run home run by outfielder Trevor Larnach. OSU won the game 5-3.

This marks OSU’s third College World Series Championship, their first since 2007. The team will return to Corvallis and celebrate the victory at 4 p.m. on Friday in Goss Stadium.