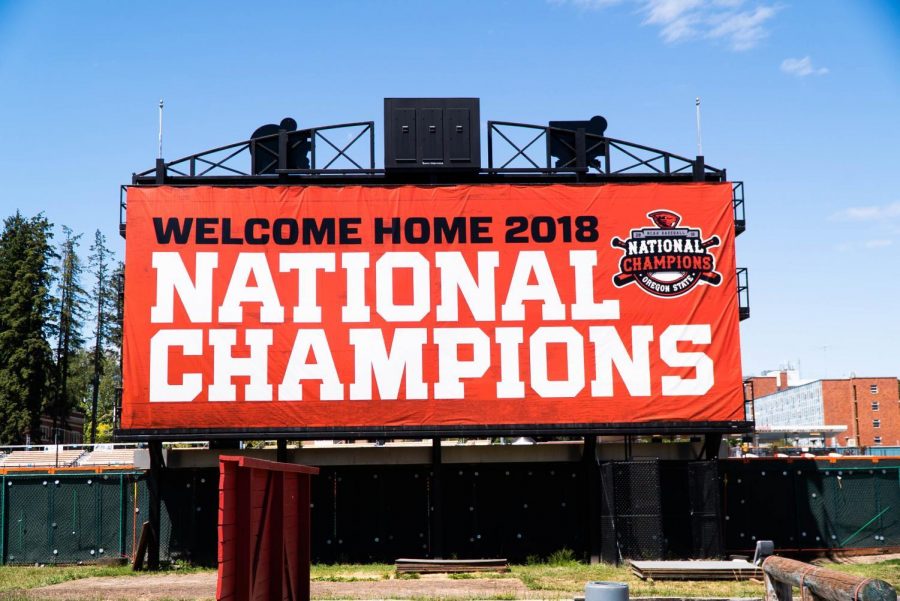 For the first time since 2007, the Oregon State Beavers are national champions. After a series comeback against the University of Arkansas in Omaha, Nebraska, the club returned to Corvallis hoisting the 2018 NCAA College World Series Championship trophy. Thousands of fans filled Goss Stadium to celebrate the championship team for their successful season.