The Daily Barometer • May 1, 2018 • https://dailybaro.orangemedianetwork.com/6530/daily-barometer-news/andrew-oswalt-receives-additional-intimidation-charge-trial-date-set-for-nov-28/ 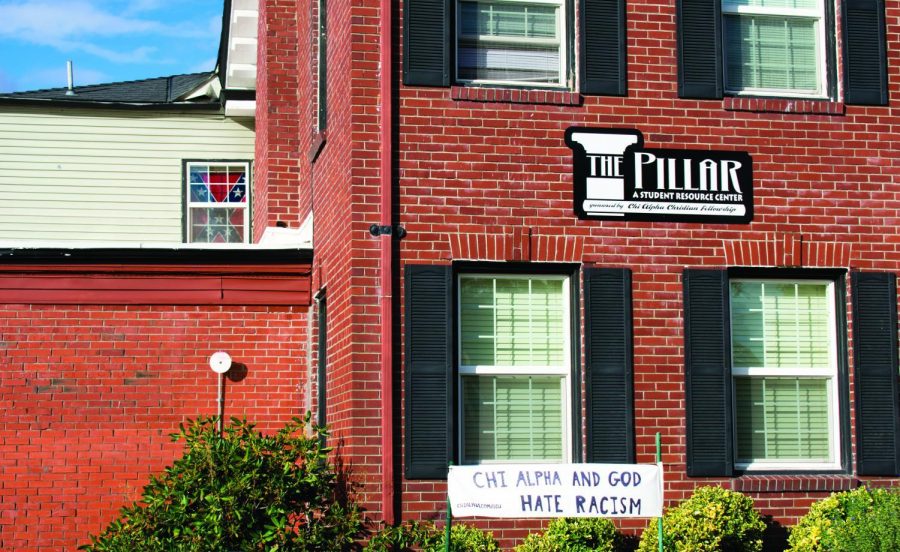 A Confederate flag has been on display in a window of Andrew Oswalt's room in The Pillar, a private men's co-op located across the street from the Lonnie B. Harris Black Cultural Center, since September of 2017.

Oswalt’s indictment was amended April 19 to add a third count of first degree intimidation, a Class C felony carrying a prison sentence of up to five years. He was previously indicted for two counts of first degree intimidation and two counts of third degree criminal mischief, all related to the same incident. Oswalt has plead not guilty to all charges.

Oswalt has drawn criticism for expressing racist, sexist and anti-Semitic views, as well as for hanging a Confederate flag in his apartment window across the street from the Lonnie B. Harris Black Cultural Center.

Oswalt’s landlord, Oregon Ministry Network of the Assemblies of God, also known as The Pillar, has made multiple attempts to evict him in relation to the bumper stickers, according to court documents.