The Daily Barometer • May 21, 2018 • https://dailybaro.orangemedianetwork.com/6586/daily-barometer-news/asian-pacific-american-heritage-month-celebrates-culture/ 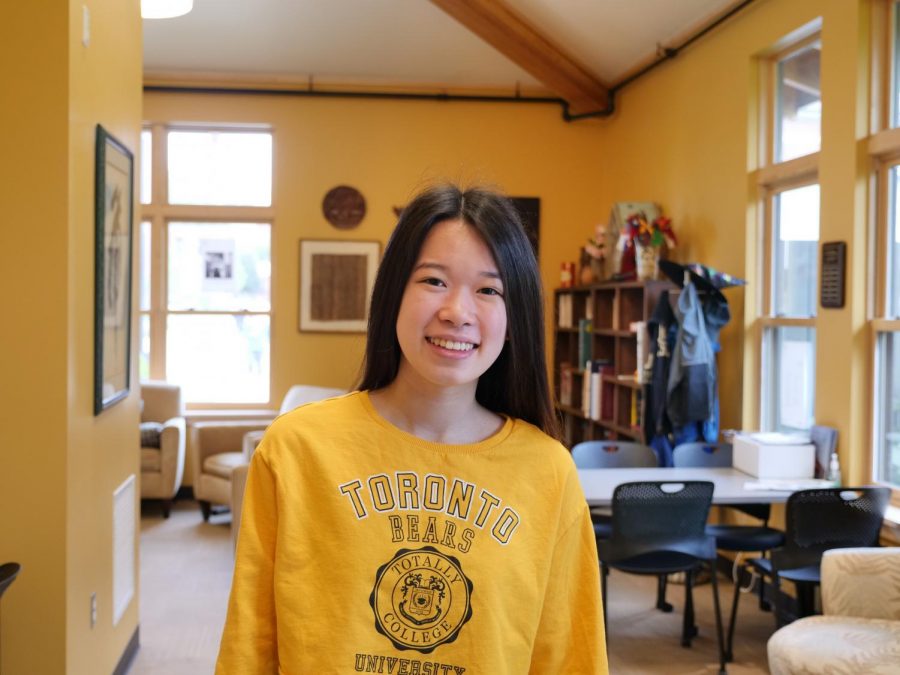 Month of May highlights history, offers chance to engage.

Asian Pacific American Heritage Month abbreviated as APAHM, is a time for celebrating the traditions, culture and history of Asian and Pacific Islanders Americans throughout the U.S., said Daisy Truong, a second-year student at Oregon State University.

During this month, APAHM is celebrated to acknowledge the accomplishments of Asian Americans and Pacific Islanders that have supplemented our nation in many different ways. The Asian-Pacific-American community has a rich history that has contributed to American culture along with its unique perspectives and diversity.

Truong believes that by going to events held by the Asian & Pacific Cultural Center, participating in activities from cultural groups and being educated it will help the Asian and Pacific Islander community.

“This occasion strengthens the role of Asian-American culture in my life,” Truong said. “I feel like I learn something new about the API community every year because of this month. My immediate family encourages me to assimilate to American culture to be successful, which sometimes overpowers the need to be educated about my heritage.”

Asian Pacific American Student Union Co-President Anthony Pech, a fourth year sees the month as a way to highlight and give recognition to the API community for its contributions. Historically, the community has been discriminated against.

“I think it strengthens the roles of AsianAmerican culture because people often don’t realize the contributions that multiple cultures have had on America today,” Pech said in an email. “So by bringing those to light, it really does strengthen what the API community has done.”

The reason APAHM is celebrated in May is the historical context of Japanese immigrants frst arriving to the U.S. on May 7, 1843, said Abby Paison, a peer facilitator at the Asian Pacifc Cultural Center and fourth year student. Another important historical event is the completion of the transcontinental railroad through the work of Chinese laborers on May 10, 1869.

APAHM used to be celebrated for a week, but President George H. Bush ofcially made it a month-long celebration. This month pays tribute to the rich culture of Asian Americans and Pacifc Islanders alike, Pasion said.

“This month brings me a lot of pride,” Pasion said in an email. “APAHM is just another reason on top of many to embrace your culture of being Asian and Pacifc Islander (API). This month reminds our community of those who came before us to fght for our existence in this country as Asian and Pacifc IslanderAmericans, and we celebrate because we cannot let our histories and legacies in America be erased or diluted.”

According to the U.S. Census in 2016, Asian Americans and Pacific Islanders make up about nine percent of the U.S. population. However, its population grew more rapidly than any other race since 2010.

Pasion believes that this month is an opportunity to learn about an individual’s own API identity and educate the community about API history.

“I consider myself to be a lifelong learner, meaning that there is always something new to be discovered, and so that is what this month does for me,” Pasion said in an email. “And I take that newfound knowledge, whether that be the model minority myth or the militarization of the pacifc islands, and I take that with me everywhere I go–in my classes, in conversation with peers or family, and in the work that I do planning culturally engaging events at the Asian & Pacifc Cultural Center.”

APAHM assists in strengthening the role of API culture in Pasion’s life. Her role as a peer facilitator is to plan projects and events for the APCC.

“While APAHM is technically every month, every day of the year, this month is a prime opportunity for the community to really come together,” Pasion said in an email. “And in today’s politically tense, frankly white-supremacist, oppressive country, the community needs to come together in solidarity now more than ever. Whether it is history, music, art, or rallies that bring us together, we are a force to be reckoned with. And this month definitely amplifi

There are plenty of opportunities throughout the month to become more engaged with the community and be enriched with one’s global perspective, said Pasion. Nicole Asato, a fourth year student and student ambassador/graphic designer for Diversity and Cultural Engagement, feels that this month is a chance to learn about the unique cultures and backgrounds within Asian culture. She’s passionate about the issues surrounding the API community and appreciates how the month shows acknowledgement for the community.

“It helps me to pause and think carefully about my opportunities that I have now that are made possible because of my parents and their sacrifices,” Asato said. “At times Asian Americans are perceived as a perpetual other, a model minority but yet not American enough, which is why I think it’s really important for Asian Americans to feel OK however they are.”

“It’s an amazing opportunity for students from the OSU and nearby Oregon communities to share a little bit of the culture with others at OSU,” Asato said. For more info about events for APAHM month, a list can be found on the APCC’s Facebook page or stopping by the APCC for more information.