The Daily Barometer • May 14, 2018 • https://dailybaro.orangemedianetwork.com/6596/daily-barometer-news/masculinity-definition-open-to-interpretation-personal-expression/ 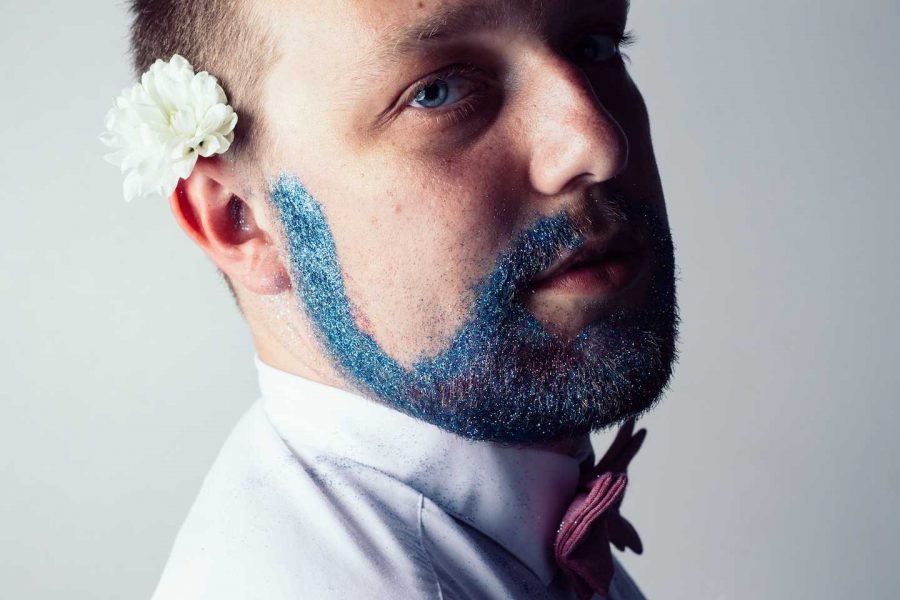 Cory Zimmerman, a senior studying interior design, is a member of Delta Lambda Phi, a fraternity for queer men and their allies at OSU.

Masculinity is one of many ways in which individuals can display who they are and the different social identities that define them personally, said Jason Dorsette, co-director and associate director for Diversity and Cultural Engagement.

“Masculinity, to me, is very hard to define in one definition. The ways in which I make meaning of masculinity is, it looks at the ways in which folks perform traits that really represent who they are authentically,” Dorsette said. “There are certainly some historical definitions of masculinity that are really outdated and are not well-defined, nor are they defined in a way that allows fluidity in terms of what that means.”

Due to the way society has defined masculinity and femininity, as bound to gender roles, individuals are generally held to a binary type of experiences and roles, rather than being able to express their forms of gender in personal ways, Dorsette said.

Being a man, or expressing oneself as a man, has been given a strict set of guidelines by society, Cory Zimmerman, a senior studying interior design and former Delta Lambda Phi president, said.

Toxic masculinity is a term that has come up in recent times, and is defined as the adherence to traditional male gender roles that restrict certain emotions that are commonly acceptable by society for boys and men to express. Toxic masculinity ultimately supports that all males are supposed to limit emotions and seek to fulfill dominant roles within society.

Dorsette said toxic masculinity has its place in academics and society because it has helped drive conversations related to the expression of masculinity, and the comparison of authentic and unhealthy forms of expression. Dorsette added that within the Men’s Development and Engagement program in DCE, they generally avoid using the term toxic.

“We are very intentional about the ways in which we are reframing what masculinity. We’re also being very patient,” Dorsette said. “Although sometimes, the unpacking of masculinity can be unhealthy, challenging and not at all appropriate. So how can we have conversations that will call people into the conversation instead of having them them run away from the conversation. What types of negotiations can be made to create a dialogue? We must engage in a conversation.”

One way to engage in conversation surrounding the topic of masculinity is through the Men and Masculinities class in the Women, Gender and Sexuality Studies program, taught by Bradley Boovy, an assistant professor in the World Languages & Cultures Department. This class looks at the many ways masculinity is expressed and performed, especially as it intersects with race, class, gender, sexuality and other social categories and identities.

“One thing that students recognize pretty early on is we don’t have a great way of defining masculinity. What we have is a lot of ways in understanding what masculinity is not,” Boovy said. “Coming back to expressions like ‘man up’ and ‘you throw like a girl’ or ‘be a man,’ all of these expressions are embedded in the creation of ideas of what masculinity isn’t.”

“So when we say, for example, ‘boys don’t cry’ or ‘be a man’ or ‘man up,’ there’s always an implied or explicit reference to women, to queer folks, to trans folks—we know masculinity through our understanding of what masculinity isn’t,” Boovy added. “I think that’s pretty common if we think about the construction of social norms. It’s pretty common to think of those norms in terms of what they’re not.”

Although individuals cannot choose how they are born, Dorsette recognizes that genitalia and body parts do not dictate how people show up in the world and present themselves.

Growing up in a single-mother household, Dorsette experienced being raised by a mother who often found herself trying to perform in ways of what society deemed as a masculine.

“I think given the circumstances of life, individuals have to perform, or take on societal gendered roles,” Dorsette said. “So this whole notion of a man being the head of the household, a man being the breadwinner or the leader of the family, of society, is a notion that does not resonate with me. For me and for several members in my community, the African American community and communities of color, there is a huge misconception around manhood and what a man is.”

Messages about gender roles are given to individuals prior to even being born, Boovy said. He has experienced instances of discomfort among individuals and their families when the biological sex of a child is not announced prior to birth, simply because it causes a sense of unease or discomfort among family members not knowing what to buy for the child once born, for example, pink versus blue clothes.

“So even before we’re born, gender is acting in very powerful ways to commit us to a particular gendered path so that as soon as we’re born, there’s already certain things about the rest of our life that society has determined, that Western society, that’s really founded on a gender binary has already determined for us,” Boovy said.

“It gets lost in this larger narrative, which is this hegemonic narrative that only a man can perform x, y and z, and that is so beyond not true and there is not significant evidence to show differently,” Dorsette said. “It not only makes me angry, but infuses, encourages and motivates me to continue to engage in conversations around feminism.”

Masculinity, as it relates to an identity, pulls directly from feminist theory, Dorsette said.

“All of its content, all of its pedagogy, all of its ideologies are pulled from this notion of feminism,” Dorsette said. “But unfortunately, society places heavy stock on gender. These unofficial arbitrary barriers and gender politics attempts to silence the scholarship and activists that are doing the good work—the work of feminism and equity. It’s a distraction to silence and not pay homage to folks who practice feminism.”

At the end of the day, Boovy said a big part of gender justice is recognizing every individual’s right to gender expression, and in order to facilitate change, individuals must build coalitions and work together to change systems of oppression.

“If we understand that we’re all together in this society, we’re all in this together, the more we share our pie the better off we’ll be as a society,” Boovy added. “Rather than thinking, ‘No, I have my piece of the pie so I’m happy and I’m going to protect it for me and my family,’ share it. We all benefit from that.”