The Daily Barometer • May 14, 2018 • https://dailybaro.orangemedianetwork.com/6669/opinion/opinion-why-kyle-is-a-great-addition-to-dam-jam/

Opinion: Why KYLE is a great addition to Dam Jam 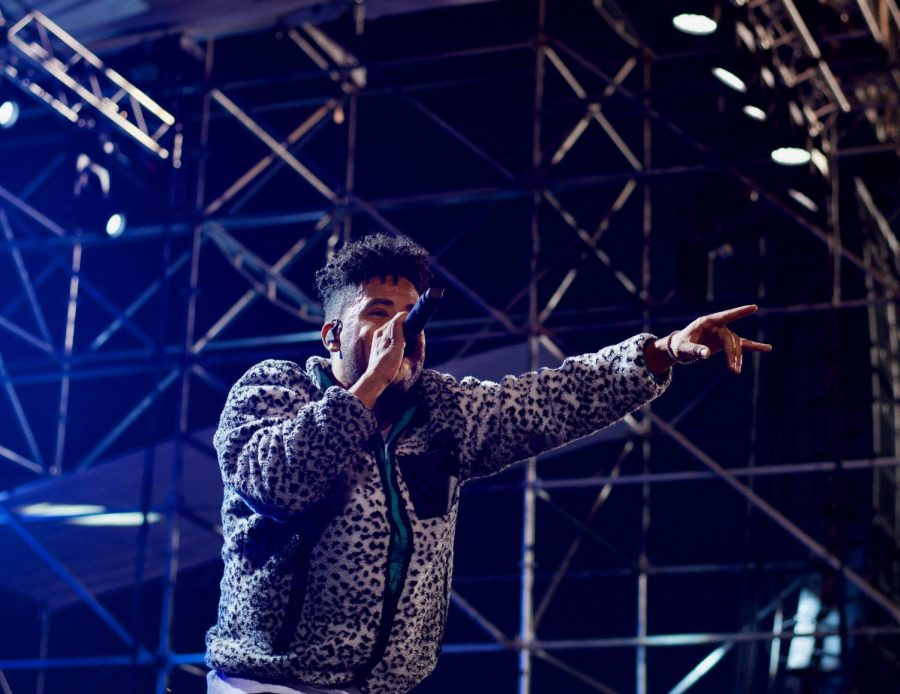 Kyle hypes up the crowd with his record-breaking songs.

Students skeptical about Kyle performing at this year’s Dam Jam should not be worried.

Dam Jam, Oregon State University’s annual concert, is upon us and the artist lineup has been released. It seems as though many students are worried about rapper KYLE’s appearance.

However, those who know him best know KYLE will put on an amazing, memorable performance that is sure to rock Reser Stadium.

Madison Weidner, a freshman majoring in business, has been listening to KYLE for the last two years.

“I think he will be a good artist for Dam Jam because he is a natural performer and will keep the audience entertained,” Weidner said.

She isn’t wrong. KYLE has been known for his creative stage performances since gaining fame for his debut project “Beautiful Loser,” back in 2013. He has toured the country with rappers G-Eazy, Hoodie Allen and Logic, which has allowed him to perfect the art of onstage performance.

Previous headliners such as Mike Posner and Macklemore, were great, but nothing like KYLE in terms of performing. Whether it’s a killer dance routine with his DJ Super Duper Brick, colorful lights and video screens, or his unique crowd surfing method, King Wavy, one of KYLE’s many nicknames, is sure to make a splash at this year’s Dam Jam.

OSUPC very strategically chose KYLE as one of the two headliners for this year’s Dam Jam, in order to make it the best one yet. Coushay said OSUPC always tries to pick promising artists.

“We really want up-and-coming artists because they are really giving it their all. They’re still proving themselves. They’re still trying to jump to the top,” Coushay said.

Most students may strictly know KYLE for his breakout single “iSpy” featuring Lil Yachty. However, the happy rapper has been steadily putting out music for the last five years, with two successful mixtapes and a plethora of singles and features.

With that in mind, KYLE is bound to have a song that resonates with every student in attendance.

KYLE, having just performed at Coachella, is currently getting more recognition than he has in his entire career. If anything, he is going to be even more motivated to put on a great show for Dam Jam.

KYLE’s debut studio album “Light of Mine,” drops on May 18, which gives students even more to look forward to, as he will have a heap of brand new music to perform alongside his current classics.