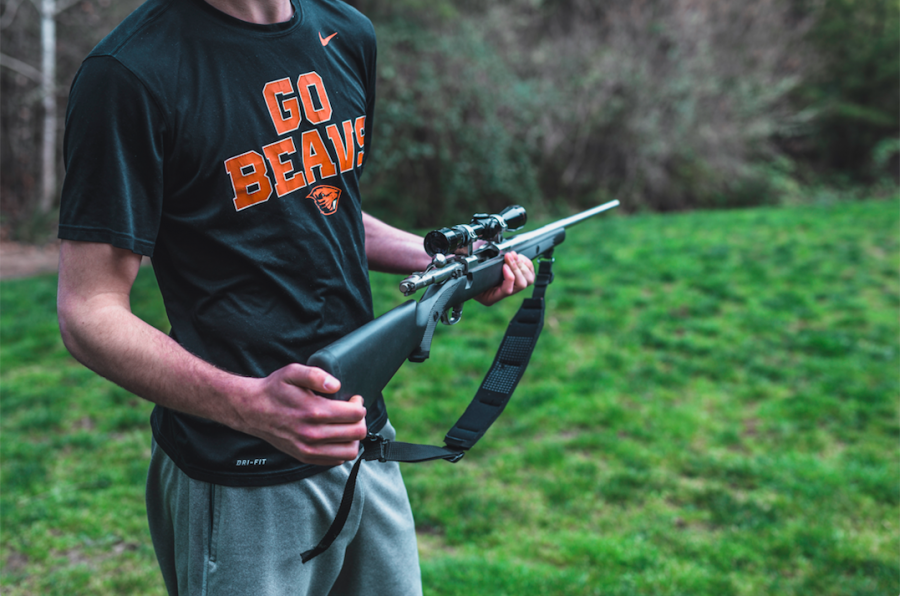 From state and federal laws to Oregon State University policies, courts have ruled that restrictions on firearms must be balanced with the Second Amendment’s protection of the right to keep and bear arms.

Oregon law and the State Board of Higher Education give the university authority to control its ground and buildings, including limiting firearms from handguns to rifles like the AR-15. The university’s firearms policies restrict the possession of any type of firearm on all university property, said OSU Department of Public Safety Chief Suzy Tannenbaum.

“These policies are communicated to OSU students, employees, vendors, OSU contractors and members of the public, who attend paid admission events and sporting activities,” Tannenbaum said in an email. “As well, the university communicates its policy regarding firearms on the Oregon State University website and on signage on exterior doors of many university buildings.”

“If they are walking down the street and they have a firearm, we do not have a legal reason to contact them,” Judah said. “Sometimes people do not understand that carrying a gun is a constitutional right just like freedom of speech.”

If an individual carries a firearm openly on campus, Oregon State Police troopers would respond immediately to determine why they have a firearm and if they are aware of the policy, Judah said. In some instances, parents do not understand the policy and willingly return their weapon to their vehicle.

While carrying a firearm on campus does not legally constitute a threat, if a student was found in possession of a firearm they would be referred to Student Conduct and Community Standards, Judah said. A faculty member with a weapon in violation of the firearms policy would be sent to Human Resources. Individuals with concealed carry permits have been trained and vetted and therefore largely not a concern for the Oregon State Police, Judah added.

“It would not be unusual for people to be carrying concealed weapons on campus—it probably happens more often than we are aware,” Judah said.

In addition to those not bound by the firearms policy, the rules include certain exceptions, Tannenbaum said. Exceptions to the policy include on-duty law enforcement officers, individuals participating in ROTC or other institutionally sanctioned military training and academic research.

The OSU Pistol Club is one of the university- sanctioned organizations, which allows students to practice their marksmanship on campus. The club owns and maintains at least 16 pistols, all of which are stored in a secure vault inside their indoor shooting range, said head coach Jordan Jones.

“In relation to Pistol Club operations, loaded firearms are not allowed outside of the Anderson & Keeling Memorial Target Range on OSU property,” Jones said in an email.

In light of recent school shootings, Jones said the club was not faced additional scrutiny, highlighting the group’s focus on firearm safety and education.

“Our training is very rigorous and trainees must show understanding of the material covered,” Jones said via email. “OSU Pistol Club offers students that opportunity to learn firearms safety and experience shooting a real pistol.”