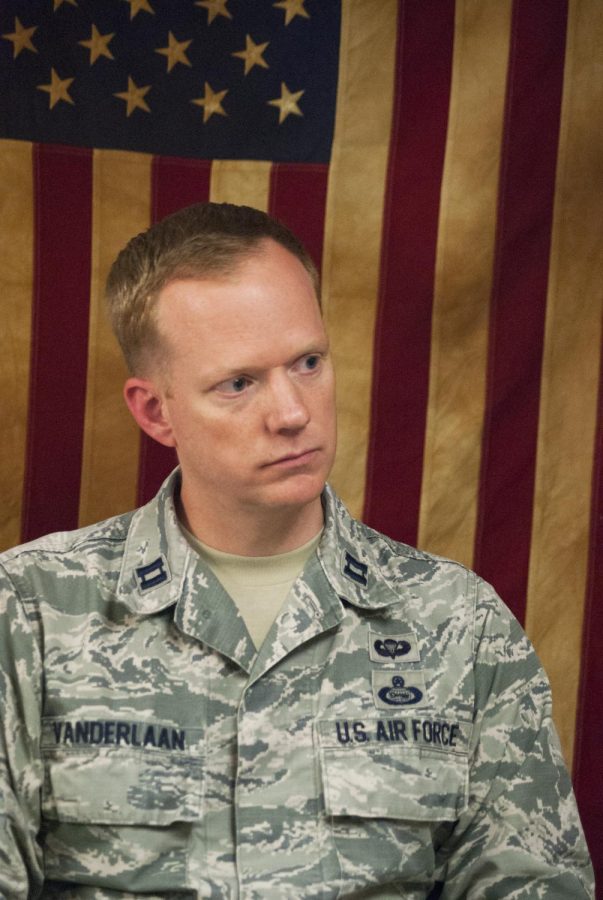 When Oregon State University administrators become aware of dangerous situations, from severe weather to threats of violence, the campus community is notified through emails, texts and, depending on the situation, by social media and automated phone calls.

“We not only want to continue to work to provide for safety in an ever-changing world, we want our faculty and students to feel safe,” said OSU’s Vice President for University Relations and Marketing Steve Clark in an email.

OSU also maintains a list of over 15,000 email addresses to inform students’ families when needed, Clark said. Chief Suzy Tannenbaum in the Department of Public Safety explained the university has added law enforcement agency partners to the alert system, so they can provide safety information to students, staff and families.

Beyond the safety alert system, Tannenbaum encourages students who feel unsafe to take advantage of the Department of Public Safety’s personal safety planning procedures or call to be escorted by DPS officers.

“Being alert to your surroundings is very important,” Tannenbaum said in an email. “Keep your head up and walk confidently and at a steady pace. Make eye contact with people when walking. Avoid talking or working on your cell phone while walking or wearing headphones. Avoid dark, vacant areas and instead use well-lit and well-traveled areas. Walk in pairs at night, if you can.”

In addition to these safety practices, after a recent case of social media comments that threatened armed violence against the university and ensuing campus conversations, OSU is continuing to evaluate its social media threat monitoring system. Clark said the university is currently comparing systems used at several universities around the country to determine how OSU might utilize similar systems to provide for expanded threat awareness.

“(We) are very close to making a decision on which system to implement,” Clark said in an email.

Tannenbaum additionally encourages students to report suspicious individuals they see on campus to DPS after they have moved to a public area.

For students wanting to protect themselves with firearms or other weapons, the university has strict rules barring these items from university-controlled property, Tannenbaum said. OSU policies define weapons as including switchblade knives or any blade that swings into position, crossbows and other similar devices.

“Even pepper spray or a knife—intended by its owner to be used for protection—would be considered a weapon,” Tannenbaum said in an email.

The Firearms, Weapons and Destructive Devices policy allows the possession of weapons in university buildings for sanctioned purposes, including use in Reserve Officer Training Corps programs.

Despite this exemption, ROTC cadets must follow the same rules as other students regarding knives and other weapons. In fact, Captain Michael Vanderlaan, who serves as an instructor in the OSU Air Force ROTC program, said the program holds students to higher standards concerning conduct violations, with the possibility of being expelled from the service for improper use of any kind of weapon on campus.

“ROTC is designed as an entry point for officers into the military,” Vanderlaan said. “We take what is normally nine weeks of intense training all at once and we stretch it out over four years.”

In that time, Air Force cadets will never use real firearms on campus. Instead, these students train using replicas, Vanderlaan said. Hands-on military training, such as safe weapons handling, is just one of many aspects of a cadet’s education, along with academics and physical fitness.

“Our job is to protect America, and you cannot do that if you shoot yourself in the foot,” Vanderlaan said.

Even with their training, being a member of the armed forces can draw attention to ROTC members and instructors in dangerous situations, Vanderlaan said.

“Here, camouflage works the opposite way and makes me a target,” Vanderlaan said.

Procedures differ between the branches, with Army ROTC cadets using real weapons around three times a year. Cadets practice with firearms, but do not fire these weapons on campus, said Army Captain and ROTC instructor Mark Matthey.

“Students need to understand that the primary purpose of cadets having weapons is to teach them in the safe use of weapons, so they know what they are doing when they go out into the military,” Matthey said.

“We can pretty quickly identify people that are struggling or have problems because of how integrated they get into the culture of the military, which is really looking out for your fellow service members,” Vanderlaan said.