The Daily Barometer • May 14, 2021 • https://dailybaro.orangemedianetwork.com/680/city-daily-barometer/oregons-parks-and-recreation-resources-prepare-for-wildfires-this-summer/

Oregon’s parks and recreation resources prepare for wildfires this summer 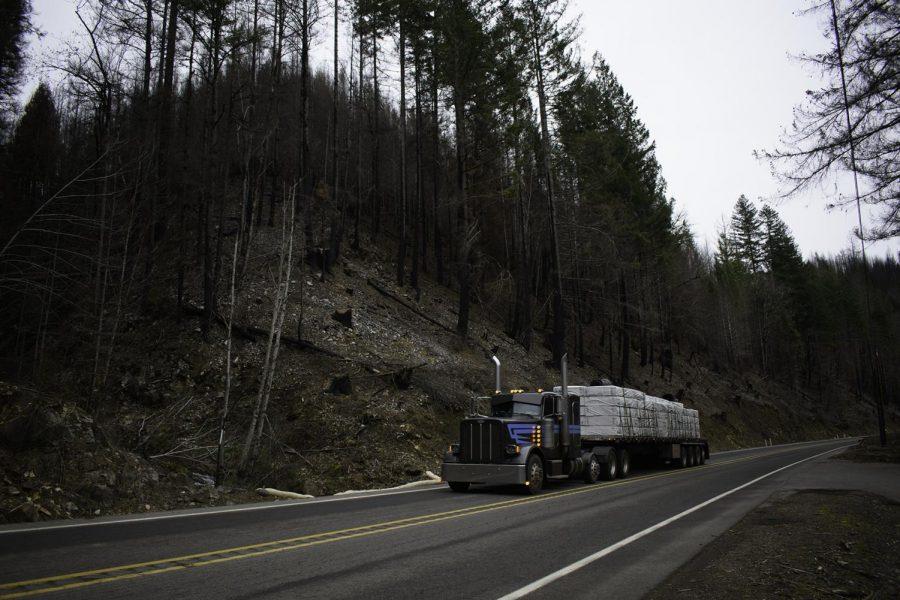 Recreational and forestry resources prepare and advise Oregon residents about wildfires that could take place this upcoming summer after the fires that affected areas around the state last year.

Corvallis Parks and Recreation Parks Division Supervisor Josh Hopkins said that parks in the city were not damaged by last year’s fires. Instead, the usage of those locations were affected when they coordinated with Benton County and the Oregon State University McDonald-Dunn Forest to close trail systems and natural areas when the extreme fire danger limited the available firefighting resources.

Hopkins said the Parks and Recreation operations were affected when the air quality index was not safe because of the toxic smoke event. He said it was not safe for employees to work outdoors and it caused a large build-up of ash. This required cleanup across the park system from sports courts, pathways and patio areas.

“The City of Corvallis Parks and Recreation Department maintains a mowing cycle in our Natural Areas with fire risk in mind,” Hopkins said. “We cut fire breaks in some areas and keep the grass height from being overgrown to limit fuel loads and lower the risk of potential spread. We have an excellent staff that is committed to monitoring daily fire risk levels and atmospheric conditions and adjust our equipment usage to match the conditions to help lower the risk of ignition.”

Oregon Parks and Recreation Department Public Affair Specialist Jo Niehaus said that every spring, they join the rest of the state in the Keep Oregon Green campaign. This takes place in May which is National Wildfire Awareness Month.

According to Niehaus, they make sure any state park visitors are aware of precautions they should take to prevent fires including if there is an ongoing fire ban. Fire bans happen when conditions are too dry or too windy and it is not safe to build a campfire.

“We also want people to be on their toes when it gets really dry and crispy out, that situations can change quickly andthere may be evacuations if fires happen,” Niehaus said. “If they do, you may be getting a ranger knocking on your RV door or making announcements around your tent late at night so that people should be ready to pack up quickly if it comes to that point.”

“If you look at high-density housing, when one house catches on fire, it typically takes the whole block,” Bailey said. “We stand or fall together when a wildfire comes pouring into the wildland-urban interface.”

Niehaus said visitors and campers should be correctly putting out their fires before they leave Oregon parks using water, not dirt or sand. She said they should also only bring proper fuels and make sure they do not start any accidental fires. Accidents can be started by the use of fireworks where it is not allowed or dragging chains in areas that could potentially cause sparks.

According to Hopkins, areas are closed from public use to lower the risk of accidental fire if the conditions call for that action and are usually done in coordination with neighboring agencies. They post signage with fire warnings and prohibitions of fireworks and that fires are not allowed outside of designated barbeques and fire pits. Social media is also used to inform the public of these updates and reminders of fire safety.

Hopkins said it helps to maintain a defensible space around homes and property as well as following proper storage recommendations for chemicals and fuels to lower the potential impact of fire.

“Having an evacuation plan in place that identifies responsibilities for family members and what essentials to take not only lowers the stress of a future fire event, but can be lifesaving,” Hopkins said. “Additionally, making sure your evacuation plan includes what to do with your pets or livestock.”

Bailey said it is important to prepare a go-bag to bring when evacuation is necessary. Items to pack include water, food, important documents, a change of clothes and a toothbrush.

Bailey said that people should listen to the authorities to know when they need to evacuate一 a three-step process called “Ready, Set, Go!” He said these stages include assembling important items so you are ready to leave, packing it into a car so you are set to go and going either beforehand or immediately when instructed to evacuate by authorities.

According to Niehaus, Oregon’s Recreation Site Status Map is a resource that shows what state and federal recreation areas are open, in regards to a fire in addition to other hazards. This includes state parks, Bureau of Land Management campgrounds, Oregon Department of Forestry, US Army Corps of Engineers and U.S. Forest Service campgrounds and trails.

Niehaus said fire season seems to be changing and how the outcome of the season depends on the amount of rainfall received. She said they have traditionally been seeing hotter and warmer weather towards early fall and late summer in Oregon and that more fire activity is seen earlier too.

“Keeping fire safety and fire awareness at the forefront of their recreational pursuits is very important,” Hopkins said.