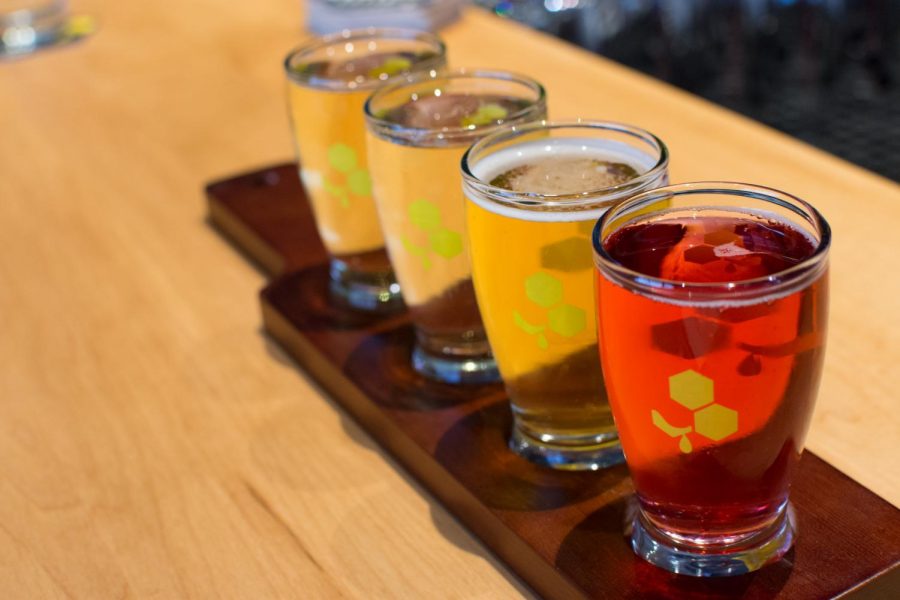 Welcomes guests of all ages

A pint glass is perched atop a sleek wood counter. Inside  sits a golden, sparkling liquid. It’s mead, but it’s a modern take on one of the world’s oldest drinks.

Nectar Creek’s new facility opened mid-January. Located in Philomath, it brings new talent, and allows for mead to be made more efficiently to fit demand.

Before the upgrade, Nectar Creek mead was produced in a space of only 429 square feet. Nectar Creek is co-owned by brothers Nick and Philip Lorenz. According to Nick Lorenz, the staff would have to bottle or can their mead outside in the elements.

The new facility is about a ten-minute drive from Corvallis. It includes a 5,000 square foot indoor production space away from the weather, a 1,500 square foot tap room that welcomes guests of all ages and a 1,200 square foot patio that is dog friendly.

The taproom includes 24 taps, starring their signature session meads and special meads that are taproom-only releases, according to Lorenz. Because mead is made from fermented honey instead of wheat like beer, their session meads are gluten free. Accompanying guest taps, such as Two Towns Cider and Fall Sky Brewery, are brought from local businesses that have helped Nectar Creek in the past.

According to Cade Hearing, a longtime friend of the owners and a Nectar Creek bartender, Nectar Creek works to show appreciation to those that support them.

Accompanying the brews are dishes by head chef Tony Melton. Dishes include an array of sandwiches, paninis and more. Many of these dishes are made with mead in mind or in their recipes, according to Lorenz.

At the 2015 Mazer Cup International Mead Competition, Nectar Creek’s meads won several awards. Lorenz feels the success and growth of Nectar Creek stems from him and his brother Phillip Lorenz’s passion and early

“A lot of people that were studying fermentation ended up in the beer world,”

Additionally, Lorenz said that  schools do not generally offer fermentation courses geared towards mead, only wine and beer.

“We were wanting to make it into a style that turned it into an everyday drink. Something that’s light and refreshing, between 4-8 percent (alcohol by volume), is more like a beer that you can sit down after a day of work or being outside,” Nick Lorenz said.

Nectar Creek plans to continue to release new meads such as a sour blackberry mead, which they have planned for an upcoming release. Also in the works, is an increase in the variety of canned and bottled meads available.