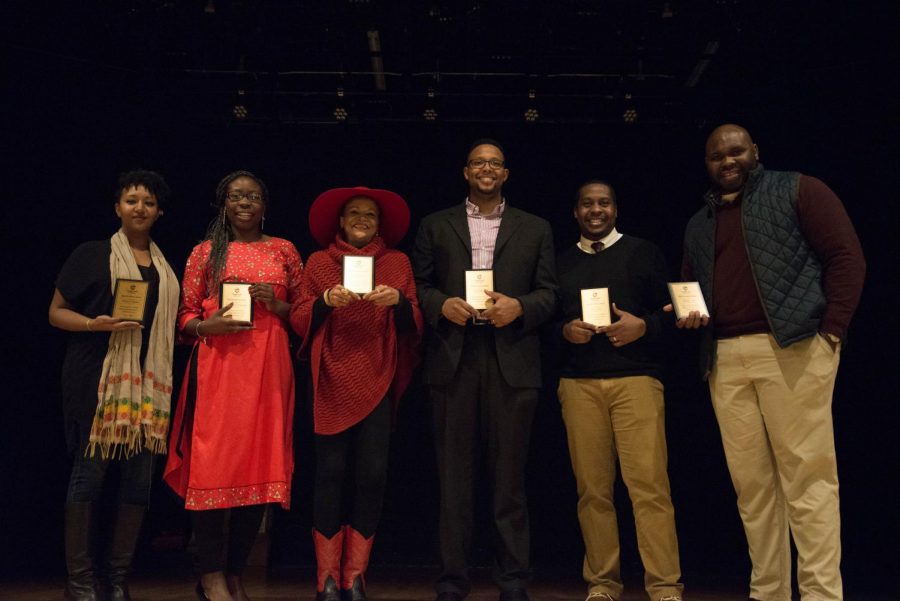 “We can talk about black history 365 days a year, it’s not just one month,” said Terrance Harris, assistant director of the Lonnie B. Harris Black Cultural Center.

According to Harris, Black History Month is largely important because some students  are unfamiliar with many black inventors, pioneers and other individuals.

“People have their opinions and thoughts of how things did come about into this country or even internationally,” Harris said. “But this is the month that we take pride in, and we let it be know, that this is what we talk about. But again, it is not just consistent to February, we talk about it all year round.”

Black History Month pays homage, remembers and draws attention to black individuals in history, because many will go through life never knowing that some of the greatest inventions in history were created by people who were black, according to Harris.

On Tuesday Jan. 29, the month kicked off with the Black Excellence Celebration, an event recognizing black faculty and staff who have gone out of their way to help the black community and the BCC. The staff recognized at this year’s event were Dorian Smith, Jamar Bean, Jason Thomas, Micknai Arefaine, Elizabeth Namagoba and Shelley Moon.

From celebratory events like Black Excellence to Roll Bounce Skate Night in Eugene, the month is full of engaging opportunities for everyone to participate in. Racheal Nakhabala, a student success peer facilitator for the BCC, will be holding an event called Black Mental Health, which she also led last year.

“While this is a month of celebration for sure, it’s also a time of awareness not only for ourselves but for other people,” Nakhabala said. “The reason why we even chose to do Black Mental Health is because, yes, we know mental health is an issue, however in the African-American community and in the African community, it is such a taboo topic. Nobody wants to talk about it.”

The event was held for the first time last year, and according to Nakhabala, it received a lot of positive feedback. During last year’s discussion, a standout topic was the importance of letting future generations know it’s okay to let your guard down and ask for help.

According to Trenton Joiner, a student leadership liaison for the BCC, black mental health may be an issue because of all the injustices and problems black people have dealt with over the years.

“The motto for that is always, you have to put your head down and keep going and just deal with it,” Joiner said. “And that’s just sort of a large societal way of thinking that we’ve developed over generations.”

As members of the BCC, each student leader has the opportunity to work with an affiliate organization, according to Nakhabala. These organizations include the African Students Association, the Black Student Union, Black Graduate Student Association, National Society of Black Engineers, National Association of the Advancement of Color People, Delta Sigma Theta Sorority and Phi Beta Sigma Fraternity.

Each organization is given the chance to create their own event for Black History Month, according to Nakhabala. This year, many organizations have collaborated on their programming.

An additional student organization, called the Sisters of Color, began last spring, according to Nakhabala, who is a member of the organization. This year, Sisters of Color is organizing the visit of Tracy Drain, an African-American woman working at NASA in the top of her class. Drain’s visit is meant to serve as inspiration to woman, especially women of color in STEM fields.

“Personally, myself, as well as a lot of ladies here on staff, we’re all super aggressive in the sense of if we really want something, we get it,” Nakhabala said. “The guys also give us that platform to be able to speak and usually we are pretty much on the forefront so they really kind of push for us to be heard which is, I think, great.”

According to Joiner, the ultimate goal of all of these events is to engage the community and to inform and educate the public. The United States was built on the backs of black people and people should always care about that history, Joiner added.

February is a month which highlights and gives recognition to those who came before us and went through everything they did to allow the new generation to have the best opportunities possible, according to Joiner.

“To tell us that we all have to do the same, we have to work hard and we have to go through what we have to go through to make sure that down the line we’re in an even better position than we are now,” Joiner said. “Because in my personal opinion, right now is probably the best time in history to be a black person and we’re still getting killed in the streets.”

“The things that black people do should not only be considered or cared about by black people because they are the thing that helps everyone and should be recognized by everyone,” Joiner said.

According to Harris, when people attend Black History Month events, rather than trying to offer something, they should instead attend to listen, learn and participate.

“Everything we’re doing is centered in blackness, and there’s no apology. We’re unapologetically black for a purpose and a reason, and we are not getting ready to step away from that. That’s who we are and we shouldn’t have to provide an explanation for who we are.”

Everyone involved with the OSU community should aim to learn something from Black History Month, according to Harris.